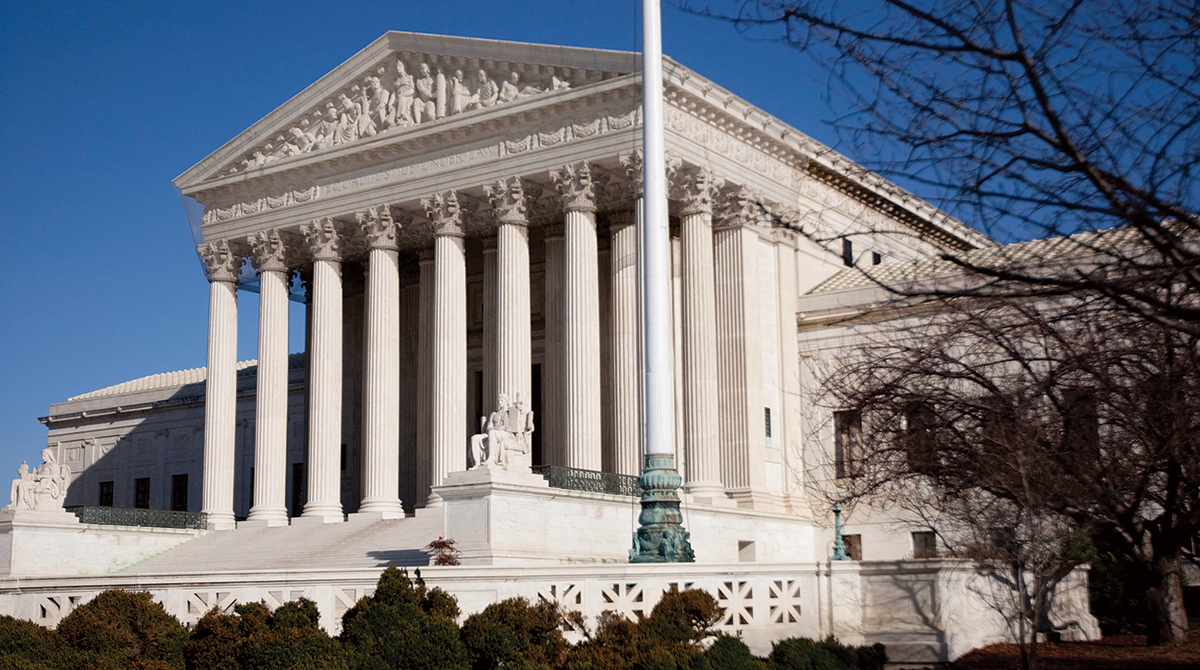 Nearly a week after oral arguments, all eyes in the trucking industry were still awaiting a decision from the U.S. Supreme Court on a sweeping Biden administration COVID-19 vaccine mandate that would require private firms to vaccinate or test an estimated 80 million U.S. workers.

Despite expectations by some court watchers that the justices would rule quickly due to daily increases in the number of coronavirus infections, particularly from the omicron variant, and an impending Feb. 10 enforcement deadline, the court had not ruled (at press time) on the merits of a legal challenge by businesses and trucking interests.

“I would not venture to predict how the Supreme Court is going to rule or when it’s going to rule,” said Prasad Sharma, a partner with the Indianapolis-based law firm of Scopelitis, Garvin, Light, Hanson & Feary P.C., who has been watching the case. “But I kind of thought they would have issued at least an administrative stay prior to the mandate going into effect [on Jan. 10].”

2022 begins with a bang as our legal challenge to the Administration's #vaccine-or-test mandate will be heard by #SCOTUS this Friday.

Here's a recap of events that led our suit to the nation's highest court: — American Trucking (@TRUCKINGdotORG) January 5, 2022

Sharma’s observation was echoed privately by many of those with an interest in the legal challenge to the mandate.

Although justices lauded attorneys representing both sides for presenting well-founded legal briefs and arguments, during oral arguments the high court appeared to be divided on legal challenges centering on the scope and federal authority used for a vaccine mandate, which would require private sector firms to vaccinate or test tens of millions of employees.

In a two-hour hearing on Jan. 7, attorney Scott Keller, representing a coalition of trucking and business interests, told the high court that the mandate was overly burdensome for employers and would result in large numbers of employee resignations.

Keller also questioned whether a single federal agency had the power to issue such a broad mandate to all large employers, rather than limiting it to specific industries. The Occupational Safety and Health Administration, part of the Department of Labor, on Nov. 5 proposed the law that applies to private companies. Known as an Emergency Temporary Standard, the law was set to take effect Jan. 10, but OSHA has agreed to not enforce the full mask and testing requirements for unvaccinated employees until Feb. 9.

Benjamin Flowers, Ohio solicitor general, told justices that the power to issue mandates should be restricted to the states, rather than a federal agency. Flowers also said that Congress had not specifically authorized OSHA to issue the broad emergency mandate.

However, the Biden administration’s solicitor general, Elizabeth Prelogar, told the justices that Congress has granted OSHA the power to enact emergency standards to protect workers in the midst of an unprecedented pandemic.

“It is always hard to predict what a ruling will look like based on oral arguments, but we’re confident that we made strong arguments that will compel the court to agree with us that OSHA overstepped its authority in promulgating this emergency temporary standard,” said Rich Pianka, general counsel and executive vice president for legal affairs at American Trucking Associations, after the hearing. “With the compliance deadline looming, we would hope the court would hand down a ruling quickly so employers are not faced with any more uncertainty than they already are.”

Questions and comments from the justices were wide-ranging, with conservative members questioning a federal agency’s power or need to issue such a broad temporary standard.

“How are we to decide when an Emergency Temporary Standard or emergency temporary standards are necessary?” asked Justice Clarence Thomas. “What factors do you think we should use?”

“Why isn’t this necessary to avoid the grave risk?” asked Justice Elena Kagan.

“How focused on the workplace does something have to be before you will say that OSHA can regulate it?” asked Chief Justice John Roberts.

Justice Stephen G. Breyer said he would find it “unbelievable that it would be in the public interest to stop these vaccinations.”

Legal challenges to the emergency standard have quickly moved through the federal courts. A three-judge panel of the 6th U.S. Circuit Court of Appeals ruled 2-1 on Dec. 17 that the vaccine or testing regime for workers at companies with 100 or more employees could take effect. The plan requires workers at larger companies to be vaccinated or wear face masks and get tested weekly.

On Nov. 10, ATA joined state trucking associations from Texas, Louisiana and Mississippi and a coalition of business groups to file suit against the mandate in the U.S. Court of Appeals for the Fifth Circuit. They asked the court to stay and ultimately vacate the mandate.

Nearly a week later, ATA’s challenge was consolidated with other similar suits nationwide and reassigned to the U.S. Court of Appeals for the Sixth Circuit. The Kentucky, Michigan, Ohio and Tennessee trucking associations also joined ATA’s challenge.