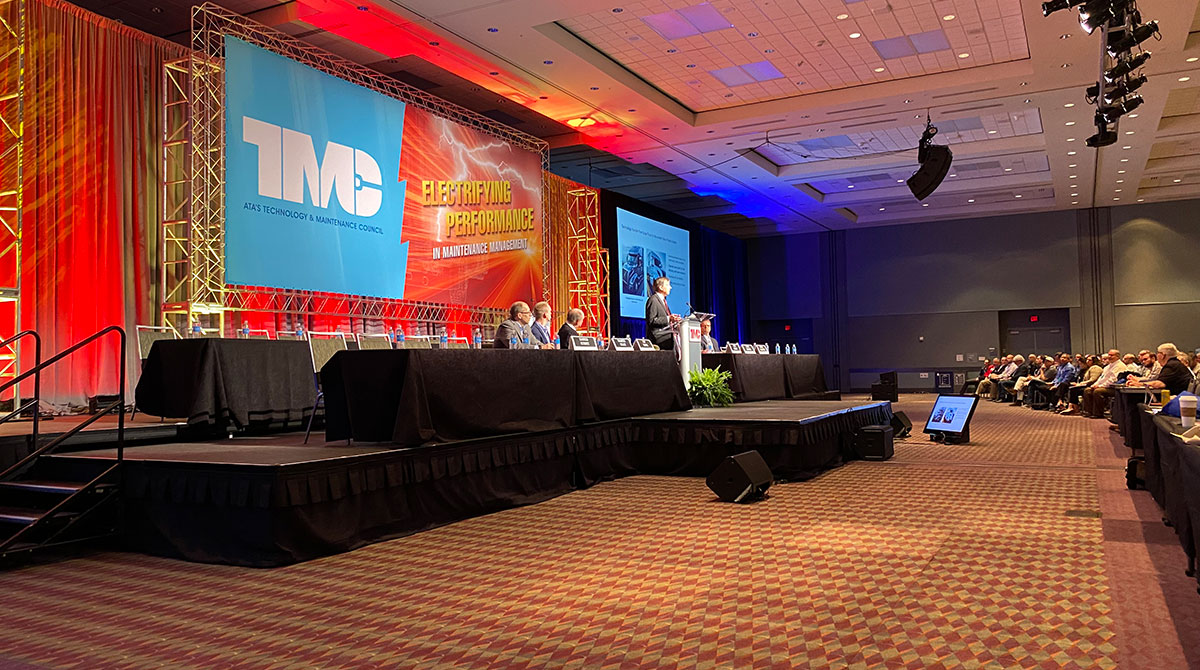 ORLANDO, Fla. — Truck makers participating in the SuperTruck Initiative led by the U.S. Department of Energy said their progress on the second phase of the initiative ranged from improved efficiencies from aerodynamics to emissions to freight and more.

DOE launched SuperTruck in 2009 as a partnership with truck manufacturers to help develop prototype trucks that improve efficiency and environmental standards. SuperTruck2 built on the advances, and the results are expected to be unveiled later in the year.

The Department of Energy aunched the SuperTruck Initiative in 2009 to improve heavy-duty truck freight efficiency. The second iteration sought to double fuel efficiency for 18-wheelers. Now in its third generation, participants will work to improve medium- and heavy-duty truck efficiencies and reduce emissions in freight transportation.

“The SuperTruck program is important to Navistar and to the industry as a whole,” said Darren Gosbee, vice president of product development at Navistar. “The partnership with the DOE has enabled us to pioneer new fuel efficiency and emissions-reducing technologies.”

Navistar achieved several advancements during this first phase of the program, including a 6% fuel economy. The truck also had improvements on down-speeding, rear axle ratios and aerodynamic.

“We continued our thinking from SuperTruck 1 into SuperTruck 2 in four main areas,” Gosbee said. “Aerodynamics, rolling resistance, powertrain efficiency and weight reduction technology. We are on track to demonstrate freight efficiency greater than 140%, which is significantly higher than the original requirement for the program. And this is against a baseline of 2009.”

Navistar already completed its engine brake thermal efficiencies demonstration by achieving over 55% British thermal units. The company used hybrid technology to get 650 volts in a pivotal step toward full electrification. It also improved in aerodynamics.

“We’re actually now better than a modern sports car,” Gosbee said. “We carefully managed airflow in and around the engine, around the sides of the cab, over the top of the cab and underneath.”

Navistar partnered with TPI Composites, a company that manufactures wind turbine blades, to help with weight reduction. That partnership resulted in a composite carbon fiber mix for the cab, skirts, hood, the belly pad, driveshaft and a fully composite trailer.

“SuperTruck 2 represents more than just meeting goals for the future,” Villeneuve said. “It’s about creating features and technologies that can help make our customers more successful and develop a truck that more than doubles freight efficiency. Overcoming aerodynamic drag has to be the biggest challenge.”

The Daimler design studio worked in concert with its simulation team to iterate on multiple designs. This process resulted in a 12% reduction in tractor aerodynamic drag. The company also worked to make the trailer more aerodynamic by taking design cues from airplanes. Further drag reductions were achieved by narrowing the tractor and trailer gap with extendable panels.

“For SuperTruck 1, Peterbilt, together with Cummins, demonstrated 50% freight efficiency improvement on a Class 8 truck,” said Maarten Meijer, advanced technology manager at Paccar. “For SuperTruck 2, Paccar’s participation expanded by having two teams. The Peterbilt team continued with Cummins while a newly formed team by Kenworth joined as well.”

The Peterbilt team used the Cummins X15 engine. The Kenworth team used the in-house developed MX engine platform. Meijer noted an important aspect of the program is to maximize technology transfer to production vehicles, which he believes has been achieved.

SuperTruck 3 was announced Nov. 1 with the goal of funding advancements in electrified truck technologies. Paccar plans to combine the Peterbilt and Kenworth teams for the third phase with the goal of focusing on energy consumption and greenhouse gas emissions.

Volvo has worked to improve aerodynamics, chassis and drivetrains, and reduce emissions during idling through both phases of the initiative. Its prototype for phase two is in its final assembly. The truck was lower with 19.5-inch tires, had its weight reduced, tandem axle scrapped and saw a 20% aerodynamic improvement over the first phase prototype.

“For SuperTruck 3, it’s exciting that we’re continuing this program,” Brandis said. “That we’re looking at not just fuel efficiency for longhaul, but also regional haul and the whole transportation system. How do we make sure that we’re bringing zero-emission trucks that have a [total cost of ownership] that’s favorable in the future? And we’re going to have a freight corridor with charging stations.”