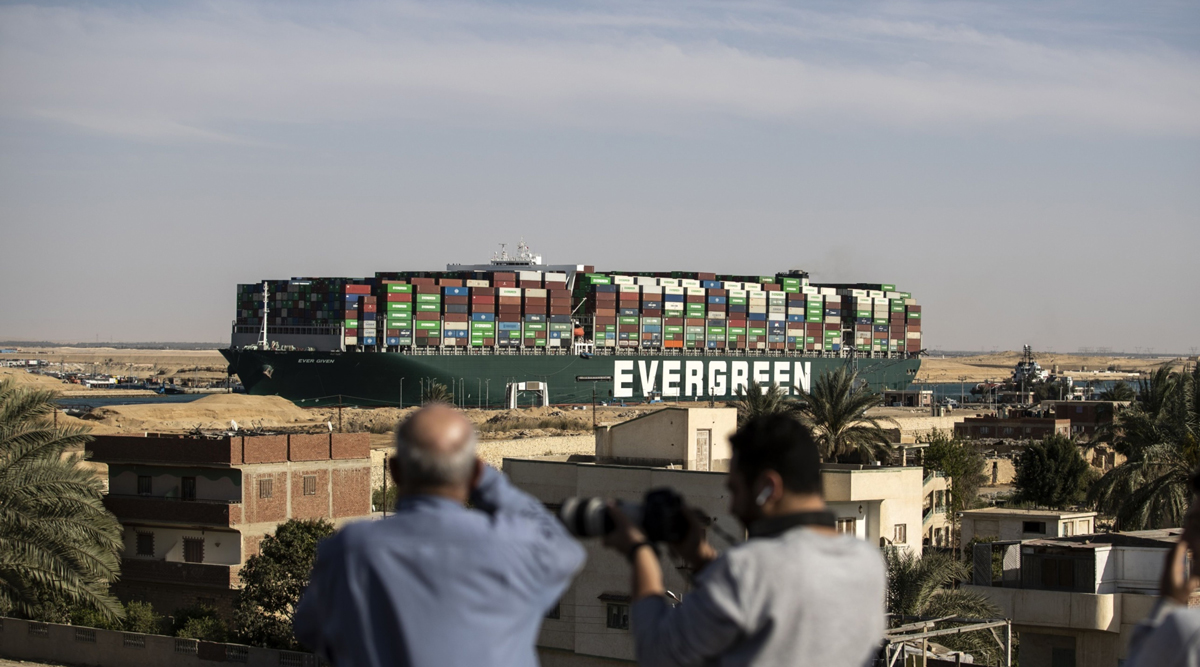 People watch as the Ever Given is refloated on March 29, unblocking the Suez Canal. (Mahmoud Khaled/Getty Images)

Egyptian officials and owners of the giant Ever Given vessel that blocked the Suez Canal earlier this year have reached a preliminary deal over compensation, according to the ship’s representatives.

“Following extensive discussions with the Suez Canal Authority’s negotiating committee over the past few weeks, an agreement in principle between the parties has been reached,” Stann Marine Ltd., a London-based law firm for the Ever Given’s owners and insurers, said in an emailed statement.

The two sides will finalize an agreement “as soon as possible,” after which arrangements will be made to let the ship leave Egypt, Stann said. It did not disclose any financial details.

The ship’s insurer for third-party losses, the U.K. P&I Club, confirmed the development in a separate statement.

The 400-meter-long Ever Given, one of the world’s largest container vessels, ran aground in the southern part of the canal in late March, blocking it for six days and roiling shipping markets. The SCA originally demanded more than $900 million to cover the loss of transit fees, damage to the waterway during the salvage efforts, and the cost of equipment and labor. It later reduced the amount to around $550 million.

Japan’s Shoei Kisen Kaisha Ltd., the owner, and the ship’s insurers initially offered $150 million. Taiwan’s Evergreen Line had chartered the vessel, which was traveling from China to Rotterdam.

After being freed on March 29, the Ever Given was sailed to the Great Bitter Lake — about halfway along the canal — and has since been kept there by Egyptian authorities.