Stimulus Hope on Hold Until After Election as Senate Leaves 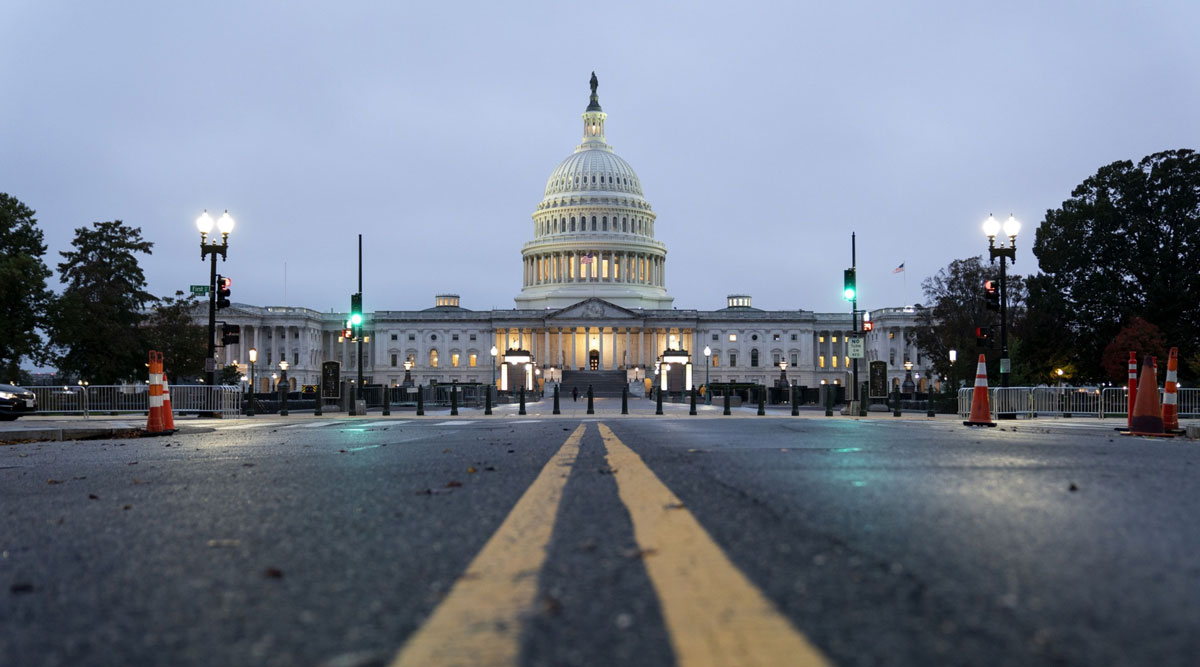 Three months of squabbling over a new round of virus relief failed to bring legislation before the election. (Stefani Reynolds/Bloomberg News)

U.S. senators departed the Capitol for a pre-election break Oct. 26, making the logistics for passing a fiscal stimulus package by Nov. 3 practically impossible, leaving the economy more vulnerable to damage from a resurgent coronavirus pandemic.

“We’ll come back in November. The question might be, will there be something then?” Senate Appropriations Chairman Richard Shelby, an Alabama Republican, said Oct. 26. The chances of a coronavirus relief bill before Election Day are “very, very slim,” he added.

The Senate’s departure after the confirmation vote for Amy Coney Barrett to join the Supreme Court left House Speaker Nancy Pelosi and Treasury Secretary Steven Mnuchin to continue haggling over a package. After their latest call Oct. 26, agreement remains pending on both the size — the Trump administration was last at $1.9 trillion, with the Democrats at $2.4 trillion — and language of a bill.

“We’re hoping within weeks” there can be a deal, White House spokeswoman Alyssa Farah said Oct. 27 when asked on Fox News whether there’s a shot at stimulus before Nov. 3.

Failure to reach an accord carries human and economic as well as potential political costs. The U.S. is seeing record COVID-19 cases, and the economy remains fragile. The realization that any new stimulus almost certainly would have to await the election contributed to the worst selloff in U.S. stocks since early September on Oct. 26.

Both sides have a motive to keep negotiations going, as walking away would only invite blame from voters for killing off hopes for relief.

...the virus, honor our heroes – our essential workers – and put money in the pockets of the American people. The Speaker remains optimistic that an agreement can be reached before the election. (3/3) — Drew Hammill (@Drew_Hammill) October 26, 2020

“The speaker remains optimistic that an agreement can be reached before the election,” Pelosi spokesman Drew Hammill tweeted Oct. 26 after the call between the negotiators. Pelosi has used similar language throughout some three months of talks.

Hammill’s tweets showed the two sides still do not agree on a national coronavirus testing and tracing program, almost two weeks after Mnuchin said that the administration wouldn’t let that issue hold up a deal.

Even in the unlikely event Pelosi and Mnuchin could come to terms, writing a complex bill and pushing it through House and Senate procedures before Election Day would be all but impossible.

Polls show that control of both the Senate and the White House are in play Nov. 3, complicating the outlook for a post-election stimulus deal.

A victory by President Donald Trump and continued Republican control of the Senate likely would result in a smaller package than Pelosi is seeking. Senate GOP leader Mitch McConnell has consistently criticized the Democrats for pushing what he considers a grab-bag spending package that includes noncoronavirus-related items. He attempted to advance an estimated $500 billion bill last week, which was blocked by Democrats.

Victory for Joe Biden and a flip of the Senate to the Democrats would clear the way for a bigger-scale stimulus, though could also delay a vote into 2021, should Republicans resist during their remaining weeks in control of the chamber.

A split outcome from the Nov. 3 election could bring a variety of further complications. But in the interim before the new Congress sits, Republicans would have to find 13 from their Senate ranks to join Democrats in approving any deal. GOP leadership has been skeptical whether 13 would indeed emerge.

Senator John Thune of South Dakota, the No. 2 Republican leader in that chamber, told reporters at the Capitol on Oct. 25 that if Democrats win on Nov. 3, they could opt to proceed with a smaller stimulus in the lame-duck session and come back with more early in the new year.

“If they don’t, and we are still in the majority, then I suspect there’s more interest in trying to get a deal,” Thune said. “There’s a whole range of things that we all agree on. And I don’t know why we can’t at least do that.”

When Trump in early October called a halt to stimulus talks on Twitter, he promptly reversed himself after a slump in U.S. equity markets. And Pelosi has faced internal pressure from Democrats in swing districts to compromise with the White House and get something passed.

“Additional stimulus is not a matter of if but when,” Barclays market strategists, including Juan Prada, wrote in a note Oct. 25, expressing skepticism about a “near-term” deal. “The outcome of the U.S. election and composition of the new Congress will allow markets to have a better assessment of the potential fiscal boost.”