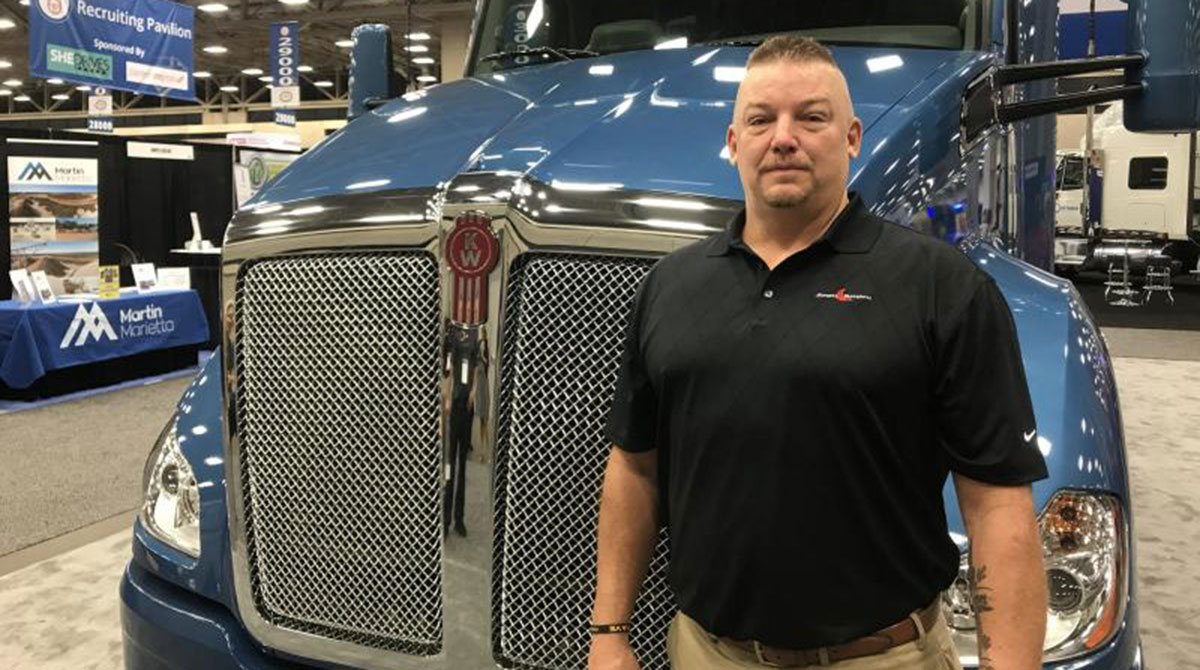 A driver with Stevens Transport was named the winner of the U.S. Chamber of Commerce Foundation’s Hiring Our Heroes 2017 Transition Trucking Driving for Excellence award.

Gregg Softy, a 28-year U.S. Army veteran, received a new T680 from Kenworth Truck Co. at a ceremony at the Chamber of Commerce’s Washington headquarters.

“I’m speechless. My goal was just to drive. I was surprised to be nominated,” Softy said.

Kenworth, the U.S. Chamber and Fastport partner on the Transition Trucking award, a campaign focusing on the emerging driver shortage and on encouraging more companies to hire veterans, National Guard members and reservists into the trucking industry. Fastport develops employment software.

Softy plans to leverage the T680 to grow his Hell on Wheels trucking business with the aim of making it a 100% veteran owned and operated company. He said he has met with executives from the U.S. Department of Labor and the Small Business Administration during his Washington trip.

Softy was nominated by Stevens Transport, which ranks No. 49 on the Transport Topics Top 100 list of the largest for-hire carriers in North America.

Softy is graduate of the United States Military Academy at West Point and an Army veteran who retired as a lieutenant colonel. He went on to earn an MBA and become a driver. Softy currently leases and drives a truck with a business partner.

The three finalists were named at the Great American Trucking show in Dallas in August.

The first Hiring Our Heroes award was given in 2016 to Troy Davidson, a Navy veteran and owner-operator with Werner Enterprises Inc. Werner ranks No. 16 on the for-hire TT 100. Since winning the award, Davidson has logged 168,000 highway miles and visited more than 40 schools to promote veteran employment.