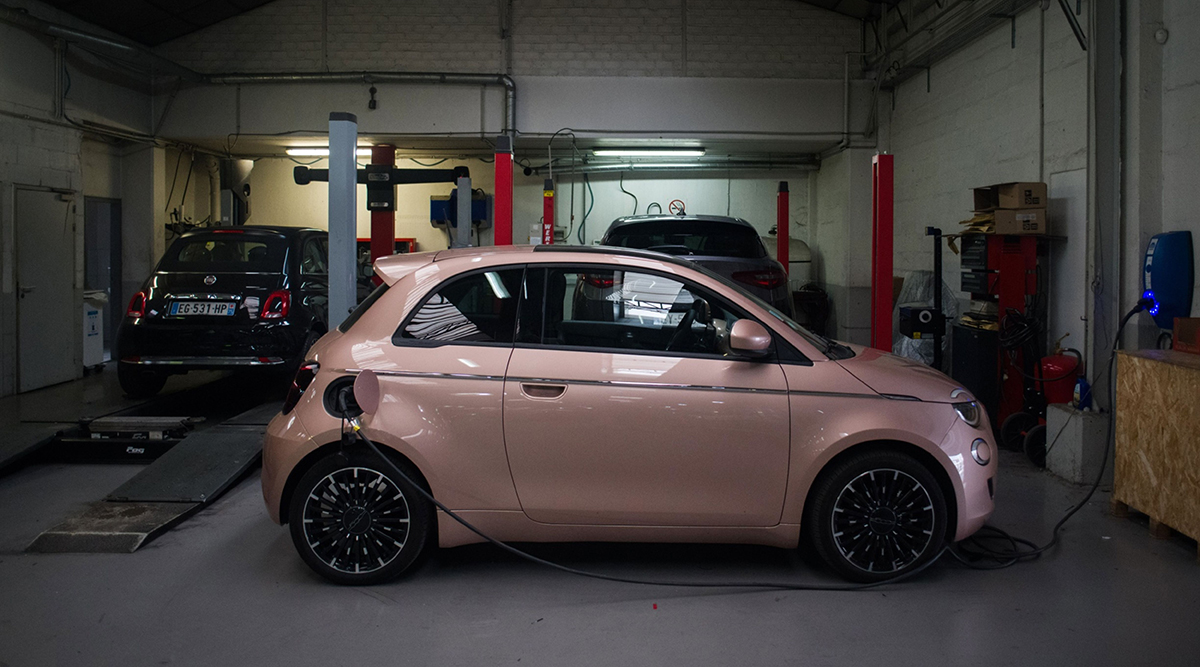 DETROIT — A top-level executive with the manufacturer of Ram trucks and Jeep SUVs said opportunity exists for minority-owned businesses to be a part of the company’s transformation toward electrification.

Stellantis NV chief operating officer Mark Stewart said Nov. 14 during the Rainbow PUSH Global Automotive Summit that the automaker is negotiating for its third electric vehicle battery plant, which will likely be in the United States and could come online in 2026. He stressed that increasing adoption of EVs presents opportunities for suppliers and other business partners, and offers a chance for the auto industry to be more representative of the communities it serves.

“Now is the time,” Stewart said from the event, held at Detroit’s MotorCity Casino Hotel and hosted by the Rainbow PUSH Coalition. The group, founded by the Rev. Jesse Jackson, focuses on human and civil rights.

Look at Tesla. How many EVs are really sold? We just saw the stat. There’s not that many in the marketplace. The time is still prime to join.

“Look at Tesla. How many EVs are really sold?” Stewart said, pointing to still relatively low market penetration for the vehicles. “There’s not that many in the marketplace. The time is still prime to join.”

Stellantis has yet to launch an all-electric vehicle in North America, but projects more than half of its sales on the continent will be BEVs by 2030. It is investing $35.5 billion into electrification and software by 2025.

Other efforts are centered on building out supply chains for critical materials, components and batteries for EVs with trade-friendly U.S. partners. Currently, many of those networks are based in China, but Stellantis has signed agreements to obtain minerals like lithium, nickel and cobalt from companies in California, Australia and Germany.

“We don’t have as many here in the U.S.,” Stewart said of the critical mineral resources. “Our friends to the north in Canada are very resource rich in that, in a lot of the chemistry that goes with it. Mexico, as well, with lithium and some of the others. So we’ve got dedicated teams and purchasing that are out making sure we’re securing that capacity for our needs. And if things progress as we see, that’s why we need that third plant online in ’26.”

There also is a need for talent. At the even, Rainbow PUSH presented Stellantis and the region’s Wayne County Community College District with a $27 million award for a mechatronics program that will train students in robotics and other skills needed in the industry.

“We can meet the needs of higher ed and workforce development, skill development in all of those supply chain industries,” said CharMaine Hines on behalf of WCCD Chancellor Curtis Ivery. “We take the city and our communities where it needs to go.”

The lab, to be set up on the college’s Detroit campus, could open as early as this month and the program may launch by January. Stellantis’ contribution was a part of its community benefits agreement with the city of Detroit and residents for its $2.5 billion investment into its Detroit Assembly Complex.

“This is another great way to nurture the community,” Stewart said. “For the next generation to have folks come in that are going to have awesome jobs in our industry — we struggle so hard to get kids to come into our industry — but for us to do that and do it right here.”

Rainbow PUSH, however, showed with its annual diversity scorecard that Stellantis has work to do in advertising and marketing. It gave the automaker a “yellow” mark in those two of six assessment areas, indicating some evidence of ethnic diversity.

Stewart said Stellantis doesn’t have its own ad agency, but bids out its marketing work.

“It gives lots of people opportunities to come and then work with us,” he said, and stressed that the company’s marketing is “helping to develop Black-owned marketing agencies, and we’ve had some really good wins this year and some incredible creatives that have come out of it.”

He added that the company is committed to multicultural marketing with African Americans representing a growing portion of the market. He noted Stellantis has partnered with Byron Allen, a media mogul who has demanded that large companies do more business with Black-owned media companies. The automaker also has partnered with recent film school graduates.

The company received a “green” score in the other areas of employment, procurement, dealer development and philanthropy, indicating a demonstration of best practices for ethnic diversity.

Stewart said Stellantis has done $100 billion in business with minority-owned suppliers over the past four years. Across the company itself, more than 35% of its workforce is diverse, along with more than 20% of its leadership team.

“We’re making super sure that our pipeline is absolutely filled with diversity suppliers, and specifically with African Americans,” he said, “because we absolutely are on a fast track to get ourselves to where we are the same as in every community that we live in.”

The 2022 scorecard was the first time no major automaker had a red mark, which denote diversity initiatives and investments are nonexistent, not disclosed or lacked relevant information for scoring.