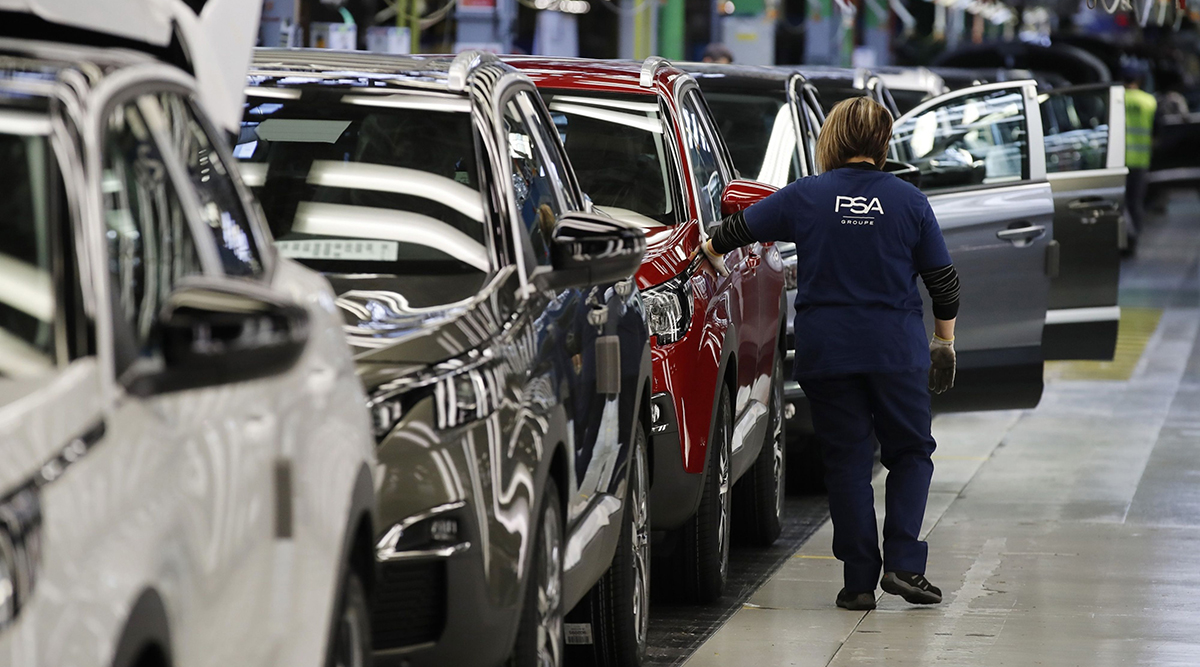 Stellantis NV has thousands of cars stuck at its Sochaux plant in eastern France as logistics problems that impacted the maker of Peugeot 3008 SUVs last quarter persist.

“There are big problems to deliver new vehicles,” Jerome Boussard, a CGT labor union representative at the factory close to the border with Switzerland, said Nov. 22. “We had about 4,000 of them stuck in our parking lots and even outside the site as of noon yesterday.”

Stellantis confirmed the logistics issues without elaborating on the number of vehicles awaiting pickup as the figures vary all the time, according to a spokeswoman. Freight problems are impacting the entire automotive industry and Stellantis is working nonstop to solve them, the spokesperson said.

Vehicle inventory at Stellantis has ballooned this year, going up by 179,000 units to 275,000 units with the issues most serious in Europe. Earlier this month, Chief Financial Officer Richard Palmer said “outbound logistics challenges due to railcar, truck and driver shortages as well as ship availability” were to blame, adding the company expected the problems to ease during the fourth quarter.

The problems extend to other carmakers too with Tesla Inc. producing over 22,000 more cars than it delivered last quarter, and warning of another gap between how many vehicles it makes and how many it can get to customers in the current quarter. The company is battling availability of ships from Shanghai to Europe, and local trucking within certain parts of the U.S. and Europe, Chief Financial Officer Zachary Kirkhorn said last month.

As the issues persist, Stellantis is getting creative to get cars to customers. Dealers, for example, are allowed to come and pick up the vehicles themselves, the spokeswoman said. Sochaux is particularly impacted as a distribution hub for finished cars from a number of plants.

Production of Peugeot 3008 and Peugeot 5008 SUVs is continuing, the labor union representative said. The glut of finished cars has filled up all available room on site, and vehicles have to be moved to additional spaces as far away as 31 miles, he said.

The factory produces about 1,100 vehicles each day.