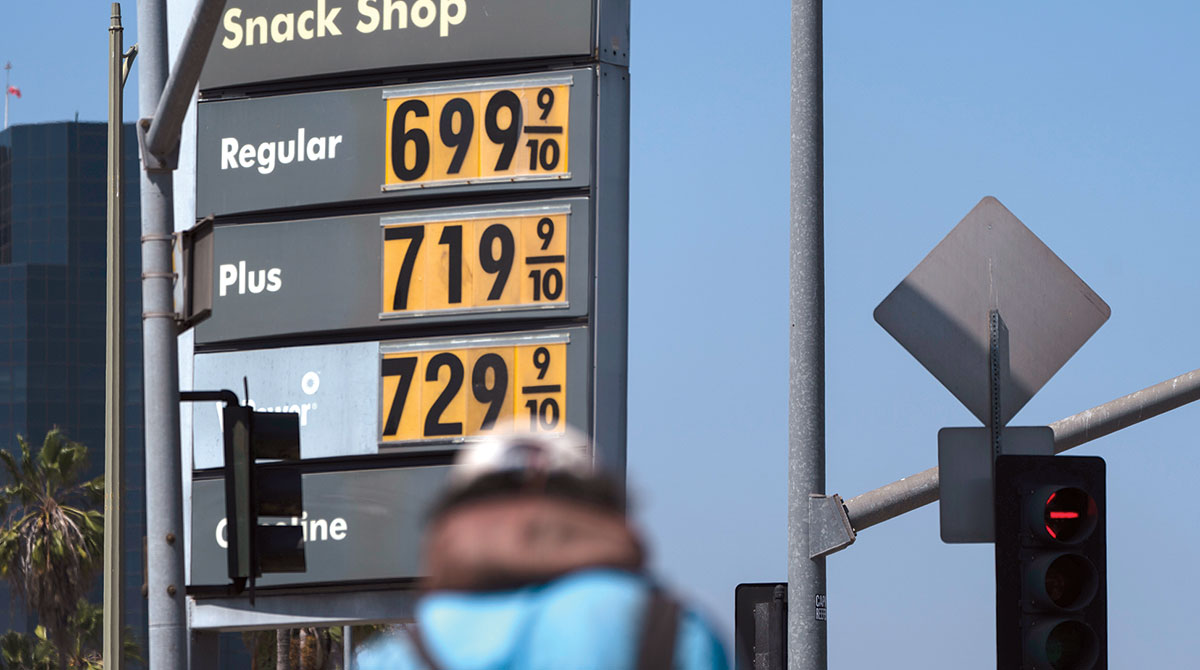 Groups, such as American Trucking Associations and the American Society of Civil Engineers, stressed that suspension of the federal 18.4 cents-per-gallon tax on gasoline sales  and 24.4 cents-per-gallon tax on diesel sales would lead to a decrease in funds for highway projects. Revenue from the tax goes to the Highway Trust Fund, a primary source for covering the costs of road maintenance projects.

Biden recently proposed that Congress agree on a three-month suspension of the tax as an effort to reduce prices at the pump during the summer driving season. He also pressed states to take similar action. The president argued his plan is meant to “bring down the price of gas and give families just a little bit of relief.”

We need to be serious about reducing fuel costs and slowing inflation… a fuel tax holiday is a bad idea that does neither. https://t.co/RU2361KUin — American Trucking (@TRUCKINGdotORG) June 22, 2022

“I fully understand that a gas tax holiday alone is not going to fix the problem, but it will provide families some immediate relief — just a little bit of breathing room — as we continue working to bring down prices for the long haul,” Biden said June 22.

AAA reported that the average price of gas was $4.94 a gallon as of June 23. According to the Energy Information Administration on June 13, the national average price of diesel reached $5.718 a gallon.

Stakeholders argued suspending the federal revenue source would disrupt big-ticket transportation projects, some of which were approved in the $1 trillion Infrastructure Investment and Jobs Act, known as the bipartisan infrastructure law.

“After months of touting the passage of the well-funded Infrastructure Investment and Jobs Act — a much-needed investment in our nation’s roads and bridges — the Biden administration wants to cut that same highway system’s primary source of funding with a suspension of the federal fuel tax,” Chris Spear, president of American Trucking Associations, said June 22.

“Here are three immediate things this administration and Congress can do that will actually make a difference,” he continued. “Make America energy independent; stop kissing the ring of Saudi Arabia. Renew trade agreements with the European Union and Asian Pacific nations in order to export more American oil and natural gas. And, balance the budget; stop wasting hard-earned taxpayer dollars on senseless programs that drive up inflation and runaway deficits.”

Spear added, for emphasis: “Energy independence, trade and a balanced budget: Do that, and America wins.”

“Suspending the gas tax would result in the loss of billions in revenue from the Highway Trust Fund, significantly diminishing much of the progress made in the bipartisan infrastructure law at a time when Americans expect improvements to the nation’s roads, bridges and transit systems,” said Tom Smith, executive director at the American Society of Civil Engineers. The U.S. Chamber of Commerce, the American Road and Transportation Builders Association and other national stakeholders also announced their opposition to the suspension.

On Capitol Hill, congressional leaders have not offered a timeline for considering Biden’s gas tax proposal or legislation targeting the oil industry. For instance, a committee-approved bill in the Senate that would direct the Federal Trade Commission to focus on high gasoline prices has not been scheduled for floor consideration.

Meanwhile, senior transportation policymakers expressed strong opposition to the White House’s plan. Rep. Peter DeFazio (D-Ore.), chairman of the Transportation and Infrastructure Committee, said, “Although well-intentioned, this policy would at best achieve only minuscule relief while blowing a $10 billion hole in the Highway Trust Fund that would need to be filled if we want to continue to fix crumbling bridges, address the spike in traffic deaths, and build a modern infrastructure system.”

“Furthermore, encouraging state governments to suspend their gas taxes undermines the impact of the bipartisan infrastructure law by reducing funds available to states to spend on infrastructure improvements,” DeFazio added.

On the Senate side, Sen. Shelley Moore Capito (R-W.Va.), the top Republican on the highway policy panel, blamed Biden administration policies for current economic dynamics affecting consumers. As she put it, “This administration is fiercely determined to kill the oil and gas sector and baseload power sector in this country — rule by rule, executive action by executive action — and hard-working Americans are paying for it at the pump.”

According to the White House, the president’s move is meant to “give Americans a little extra breathing room as they deal with the effects of Putin’s war in Ukraine.”

“The president is also calling on Congress to make sure that a gas tax holiday has no negative effect on the Highway Trust Fund,” per the White House. “With our deficit already down by a historic $1.6 trillion this year, the president believes that we can afford to suspend the gas tax to help consumers while using other revenues to make the Highway Trust Fund whole for the roughly $10 billion cost.”