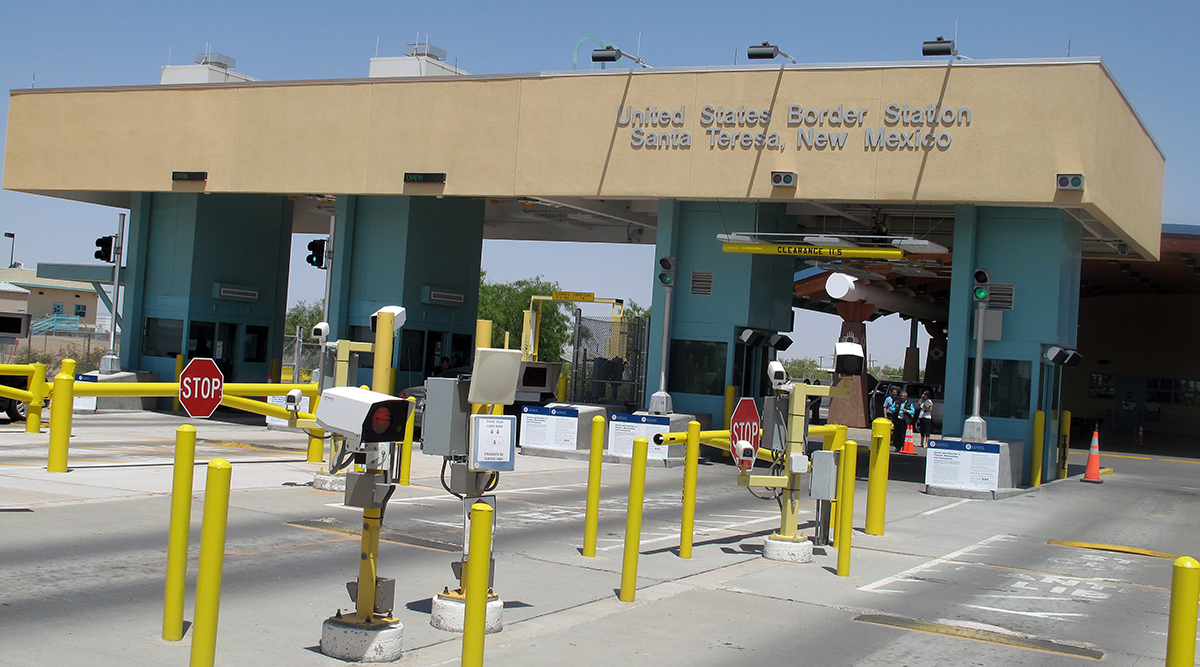 As NAFTA renegotiation talks wind down, a dedicated cargo lane for trucks is speeding up shipments from a massive Foxconn plant on the Mexican side of the Santa Teresa, N.M., border crossing.

The one-of-a-kind lane has been quietly operating since mid-November as part of a pilot program.

It was a “soft opening,” according to a statement from U.S. Customs and Border Protection.

“Specific to San Jeronimo/Santa Teresa CBP officers are pre-inspecting cargo shipments originating at the Foxconn plant within the facility,” according to the statement.

It’s one of two pre-inspection pilot programs that have weapons-carrying U.S. Customs officers on site in uniform inspecting cargo in Mexico. Once shipments are inspected, trucks can haul the cargo across the border using a dedicated and secure lane.

Foxconn, a Taiwanese company that builds Dell computers and other consumer electronics, is the only manufacturing facility in Mexico with pre-inspection. The other program is in Tijuana at the Otay Mesa border crossing for trucks carrying Mexican produce. Another pre-inspection program at the Laredo International Airport began in 2014 with Mexican Customs officers on site.

It took years of high-level negotiations for the U.S. and Mexico to approve the pilot programs. Foxconn, the Border Industrial Association and other trade advocates in southern New Mexico who worked years for Santa Teresa to be part of the pilot pre-inspection program, are hesitant to talk about the new cargo lane during this sensitive period of U.S.-Mexico relations.

President Donald Trump has threatened to end NAFTA, and Mexico’s government has balked at the president’s promise to build a big wall and have that country pay for it. The issue of U.S. agents or officers carrying weapons in Mexico is highly sensitive and allowed only under strict circumstances.

“It’s an afterglow perhaps of this optimistic North American-shared future that our governments had at that time,” said Patrick Schaefer, executive director of the Hunt Institute of Global Competitiveness at the University of Texas El Paso. The institute’s research includes the border economy and trade issues that include southern New Mexico. Schaefer said the dedicated lane is a clear sign of Foxconn’s influence at the Santa Teresa crossing.

“Santa Teresa, you could call it Santa Foxconn,” said Schaefer.

Francisco “Pancho” Uranga, Foxconn’s corporate vice president and CEO for Latin America, was traveling and not available for an interview. Border Industrial Association president Jerry Pacheco also did not want to comment on the cargo lane. He is among trade advocates in southern New Mexico carefully following NAFTA renegotiation talks.

“Make the modifications. Come to an agreement. Let’s modernize the treaty,” said Pacheco.

He is concerned the U.S. demand for a “sunset” clause requiring renegotiations every five years creates too much uncertainty for companies that need to plan long term.

“Look at us in Santa Teresa. We’ve got close to a billion dollars in investment. All these firms are here because of NAFTA,” said Pacheco. “Now we’re going to tell these people every five years it’s going to be a crap shoot. Good luck.”