Click here to continue to the news
This ad will close in seconds
Skip to main content
Share
GovernmentBusinessLogisticsTCA
Aileen B. Flores | El Paso (Texas) Times 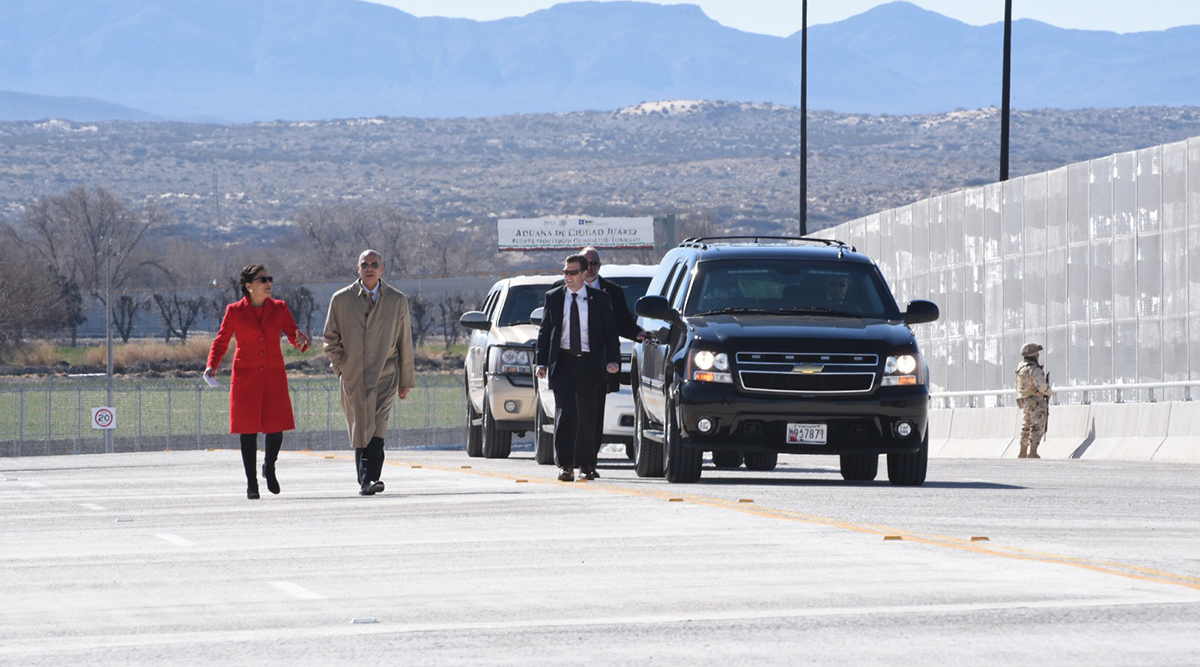 In the years leading up to the construction of an about $133 million port of entry in Tornillo, Texas, county leaders talked about the need for a bridge that would alleviate commercial traffic at other border crossings in El Paso.

The port of entry, which opened in far East El Paso county a year ago, was to serve as an additional route to help with the bilateral commerce that flows between the United States and Mexico. Border crossings account for about 70% of the commerce between the two countries.

But a year after opening the bridge, formally called the Tornillo-Marcelino Serna Port of Entry, U.S. Customs and Border Protection has closed the northbound lane designated for commercial traffic due to lack of demand.

“CBP has suspended commercial processing at the Tornillo crossing,” said Roger Maier, a spokesman for CBP in El Paso. “This is not permanent. We can quickly reopen the cargo processing area when there is a demand for this type of service from the trade community.”

Former state Rep. Inocente “Chente” Quintanilla, who represented the county’s Lower Valley from 2003 to 2013, said the port of entry in the Tornillo area has not delivered the expected results.

He said a group of developers purchased a lot of land expecting the commercialization of the area. But, he said, it is not doing anything for the economic growth of the area.

“With the cancellation of commercial traffic by CBP, we don’t see really anything happening, and it might not even happen in my lifetime,” he said. “It’s a beautiful bridge, but it’s money that is not well spent for the near future.”

The commercial lane was closed in mid-May, when port directors issued a notice stating that they would stop accepting commercial shipments with the exception of “informal” entries — commercial vehicles carrying commodities with a total value of less than $2,500.

CBP officers, who were assigned to the cargo operations, have been reassigned to other duties at the port of entry, Maier said.

During its inauguration in February 2016, high-ranking government officials from both sides of the U.S.-Mexico border touted the opening of the port of entry as a way to strengthen the commercial relationship between both countries.

Mexico’s President Enrique Peña Nieto said the opening of the new international crossing confirmed the friendship and cooperation between the governments of the U.S. and Mexico, which share the same objective: “Make North America more competitive and prosperous in all the world.”

Then-U.S. Secretary of Homeland Security Jeh Johnson said the U.S. would continue to work with Mexican officials to build the necessary infrastructure to facilitate lawful trade along the Southwest border. 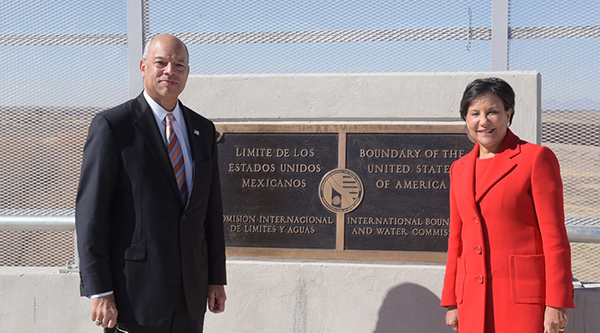 But Maier said that since the opening of the cargo facility in early 2016, CBP processed only five formal commercial entries – shipments with a value in excess of $2,500.

The Ysleta Port of Entry in the Lower Valley and the Bridge of the Americas in Central El Paso currently take on commercial crossings. CBP reported a workload of more than 757,000 trucks during fiscal years 2015 and 2016 at both ports of entry.

County Commissioner Vince Perez said lack of infrastructure on the Mexican side, the continuous drug violence in the Valley of Juárez, and the distance between the port of entry and the industrial parks on both sides of the border could be contributing to the lack of commercial traffic at the Tornillo port of entry.

Because the planning of the project began about 20 years ago, Perez said it’s hard to determine whether the projections for the use of the port of entry back then were overestimated or if “fundamental changes” throughout the years altered the projections.

El Paso County has completed the infrastructure on the U.S. side of the border that connects the port of entry to Interstate 10, but Mexico has yet to finish the highway that is supposed to run 20 miles from the Tornillo bridge to the Chihuahua-Juárez highway near Samalayuca.

Once completed, the road would allow commercial traffic to bypass Juárez. It would be similar to the road that connects the Chihuahua-Juárez highway to the Santa Teresa Port of Entry in New Mexico.

Peña Nieto has publicly promised the construction of the road, which has been delayed several times and appears nowhere near completion.

Angélica Charles, spokeswoman for the Mexico’s Department of Communication and Transportation in Chihuahua City, said the project is currently under review by the federal highway department, a process that takes place before it’s assigned a file number and is added to a waiting list of projects to be completed.

Charles did not respond to questions about project delays.

Quintanilla said he recently took a drive into Mexico to see the infrastructure. He said he was surprised that Mexico has not followed through with the road to Samalayuca because officials there spent a lot of money building the bridge.

Quintanilla said Mexican officials might be waiting for the Trump Administration to decide the future of the North American Free Trade Agreement (NAFTA) because renegotiation could have an impact on commercial traffic.

Construction of the Tornillo port of entry cost at least $133 million. More than $91 million of that amount was paid by the U.S. General Services Administration and Customs and Border Protection.

El Paso County covered remaining costs, which included land acquisition and construction of the southbound toll booths and roads to serve the facility.

Perez said this is the first bridge the county has managed, calling it a very complex task.

The county had initially contracted the Camino Real Regional Mobility Authority to oversee southbound toll operations. But, in March 2016,El Paso County Commissioners Court decided not to charge tolls on the bridge after a report by the CRRMA revealed that there was a limited demand at the port of entry.

“We did that because we were trying to encourage the use,” Perez said.

Because of the low demand, Perez said it would be more costly for the county to keep the tolls open.

In fiscal year 2017, the city collected close to $7.3 million in revenue from tolls on commercial traffic at international bridges, excluding Tornillo, which is managed by the county, said Tammy Fonce, a spokeswoman for the city of El Paso.

Fonce said city revenues from toll collections are used for operating the bridges, infrastructure maintenance, and the Public-Private Partnership (P3) Program with CBP, which pays overtime to staff all lanes at the city ports of entry during peak hours to reduce wait times. Part of the revenues also go to the city’s general fund, she said.

Perez said the county has not stopped looking at ways to make the port of entry in Tornillo attractive to commercial traffic.

Commissioners Court has approved an economic development plan, which recommends that the county partner with the private sector on initiatives to redevelop the Lower Valley area between the Fabens County Airport and the Tornillo port of entry into an aerospace and technology hub.

Perez said he still does not know how effective the master plan will be since the county does not have zoning authority.

“Right now anything can be built anywhere pretty much,” he said.