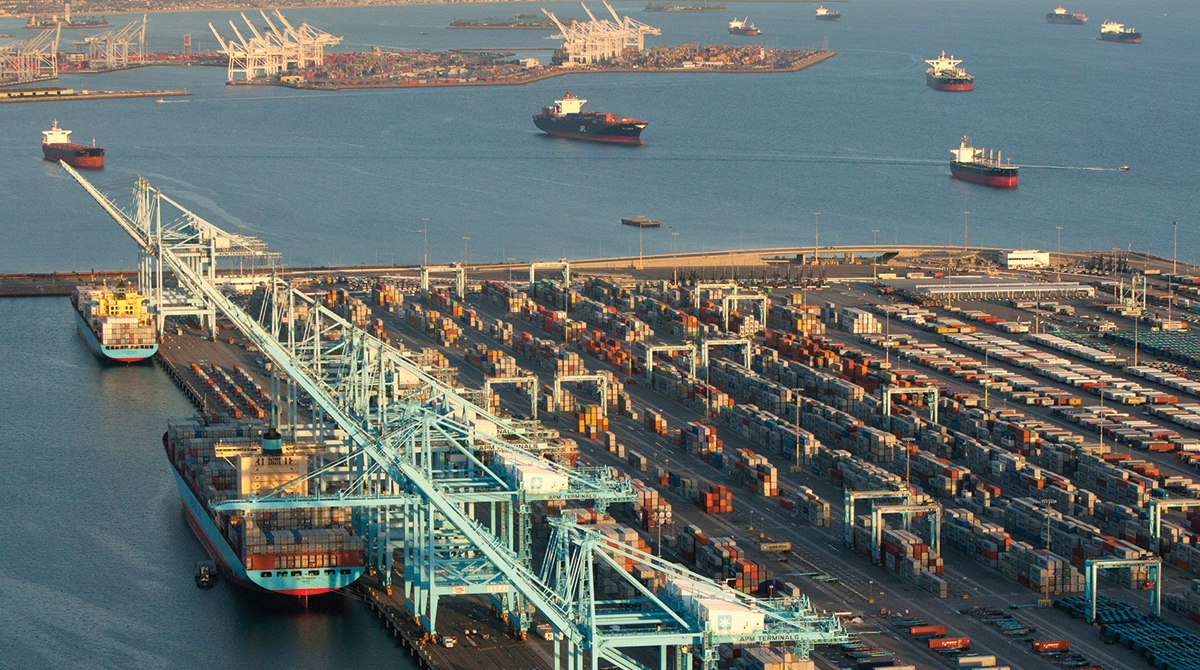 The ports of Los Angeles and Long Beach, Calif., released their proposed 2017 Clean Air Action Plan Update as they prepare ultimately to achieve zero emissions for trucks and terminal equipment, increase the use of rail for outbound cargo and support alternative fuels.

The two ports form the nation’s busiest harbor complex and together handle about 40% of the nation’s total containerized import traffic and 25% of its total exports, they said.

A preliminary analysis estimating the cost of implementing the 2017 CAAP puts the cost at $7 billion to $14 billion, they said. The ports launched the initial CAAP in 2006. The latest version is meant to address “the enormous challenges” of reducing harmful emissions from port-related sources: ships, trucks, cargo handling equipment, locomotives and harbor craft.

“These ports are going where no port has gone before,” Port of Los Angeles Executive Director Gene Seroka said in a statement. “Based on what we’ve already accomplished to promote healthy, robust trade through our gateway, we’re ready to make history again, looking at a new array of technologies and strategies to further lower port-related emissions in the decades ahead.”

Among the near-term and long-term strategies the document outlines are:

Starting in 2018, phase in clean engine standards for new trucks entering the port drayage registries followed by a truck rate structure that encourages the use of near-zero and zero emissions trucks, with the goal of transitioning to a zero emissions drayage fleet by 2035.

In addition, develop a universal truck appointment system for the entire complex with the goal of minimizing truck turn times.

Also, expand use of on-dock rail, with the long-term goal of moving 50% of all inbound cargo leaving the ports by rail. Currently, rail accounts for about 33% of the outbound cargo, a port official said.

“It’s important for industry to know the ports will affect change in a way that keeps those industries economically viable. It’s not just about cleaner air, but also getting cargo through, and creating jobs so business can proper and thrive here,” Lee Peterson, Port of Long Beach media relations specialist, told Transport Topics.