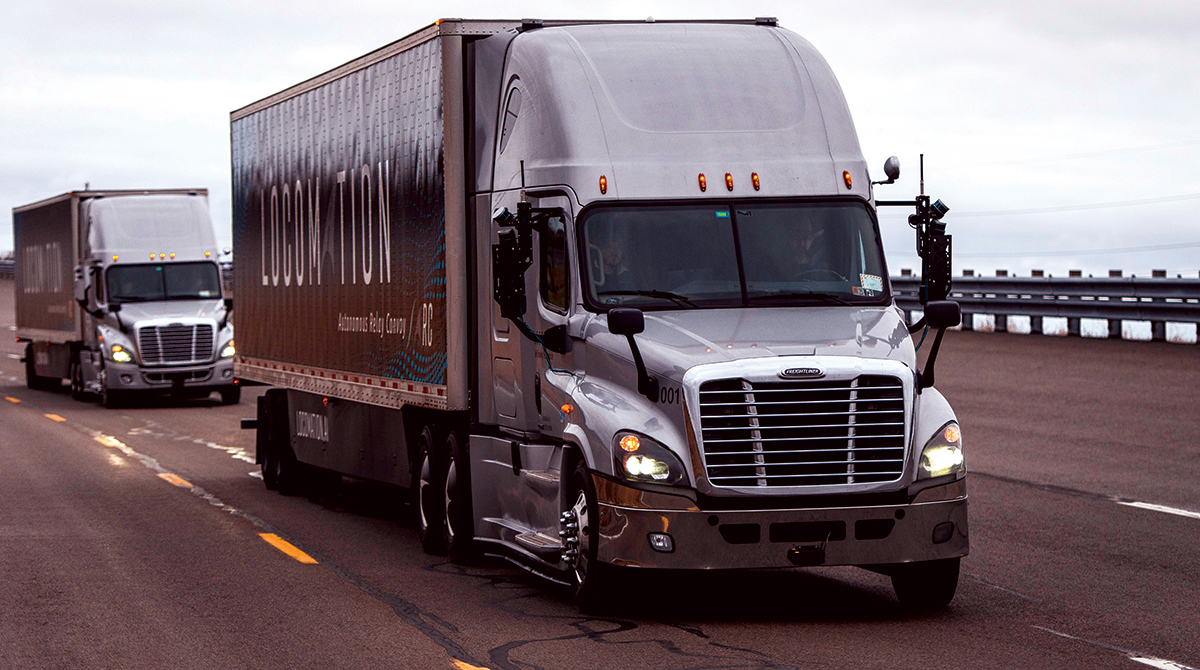 Locomation is testing and developing a form of human-guided autonomy that combines automated driving technology with truck platooning. (Locomation)

While most developers of Level 4 autonomous truck technology are targeting driverless operation, some see near-term business cases for highly automated, self-driving trucks with a driver still in the vehicle.

Like many of its competitors in the autonomous truck space, Plus is working to enable unmanned trucks in the future. In the meantime, however, the company is introducing an initial product that enables autonomous operation with a driver onboard, an approach it describes as “supervised autonomy.”

Plus, formerly known as Plus.ai, was ­founded in 2016 and is headquartered in Cuper­tino, Calif. The company expanded its operations to China in 2018 and now has offices in Beijing and outside of Shanghai. 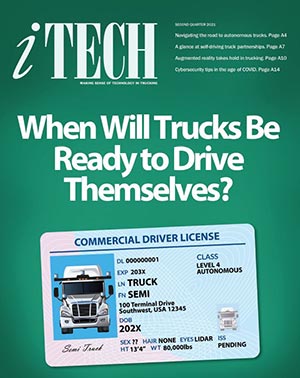 Plus conducted an unmanned truck demonstration at China’s Qingdao Port in 2018, but broad commercialization of fully driverless trucks will require much more work and many more miles, Kerrigan said.

“To do it as a real product, you’ve got to be able to prove that it’s safer than a human ­driver, and human drivers for trucks are actually quite safe,” he said.

In the United States there is a fatal accident involving a large truck about every 62 million miles, based on data from the Federal Motor Carrier Safety Administration. For Kerrigan, that means autonomous trucks would need to log hundreds of millions of miles to demonstrate that they are substantially safer than human drivers, and proving it statistically would require billions of miles, he said.

To get there, Plus is forming partnerships with fleets and manufacturers around the globe to roll out its PlusDrive supervised Level 4 technology.

The company also is working to combine its self-driving technology with alternative ­fuels. In April, Plus announced a partnership with engine manufacturer Cummins Inc. to develop “driver-in,” supervised autonomous trucks powered by compressed natural gas. Plus and Cummins aim to bring these trucks to market in 2022.

In the meantime, the company is set to begin mass producing its PlusDrive supervised autonomy product in China this summer through a joint venture with truck maker FAW Jiefang. Plus also has partnered with Full Truck Alliance, an online freight marketplace in ­China with 10 million truckers and 5 million shippers on its platform.

Chinese fleet operator SF Express, which ranks No. 13 on the Transport Topics Top 50 list of the world’s largest freight carriers, has been testing the PlusDrive system on two longhaul routes in the country since December. 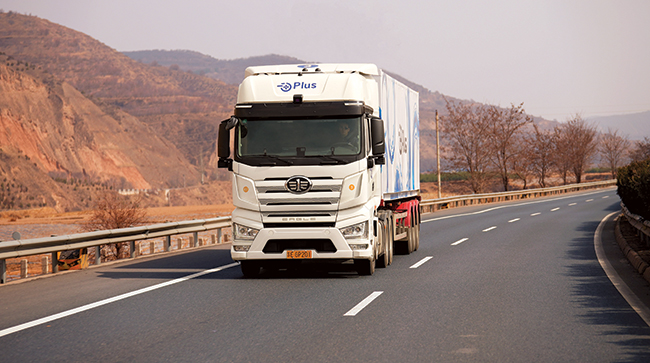 Plus also is working with truck maker ­Iveco to co-develop autonomous trucks.

Earlier this month, Plus announced plans to become a publicly traded company through a reverse merger. The transaction is expected to close in the third quarter.

Other autonomous vehicle developers see driverless operation as a prerequisite for the commercialization of Level 4 trucks.

“I think entirely autonomous is the only commercial deployment model that works to scale broadly and deliver the benefits to the customers in an economically viable way,” said David Maday, vice president of global business development at Aurora Innovation.

There will be development work along the way that will continue to involve a safety ­driver behind the wheel, he said, but Aurora intends to go to market with a product that enables unmanned operation.

“When that time comes to pull the safety driver out of the vehicle, that’s when you’re able to scale up and launch a commercial product and do it broadly,” Maday said. “We just don’t see another path besides that one … that’s attractive.”

Truck platooning technology, which enables two or more trucks to travel in tight, aerodynamic convoys at highway speeds, represents another pathway for the deployment of self-driving trucks.

Locomation, for example, is developing a two-truck platooning system where the following truck can drive autonomously with no ­driver input.

The Pittsburgh-based startup’s autonomous relay convoy system would enable the driver in the follower truck to disengage from driving and even go off duty in the sleeper berth as the vehicle automatically follows the lead truck, which would continue to be piloted by a driver.

Eventually, that approach could potentially lead to truck platoons with a human-driven truck leading an unmanned follower truck.

In a recent interview with TT, Locomation co-founder and CEO Çetin Meriçli said he views the deployment of autonomous driving technology in trucking as a “multigenerational transition.”

“An expert human driver, ­assisted and augmented with autonomous technology, is the best-in-class safety system that humanity has ever seen,” he said. “Until we have the proof that machines actually surpass humans in every dimension, the best thing is to still rely on humans in areas where they excel, but make sure that we are addressing their shortcomings.”

Locomation has partnered with truck dealer Rush Enter­prises for installation and maintenance of its system.