First Hiccups Seen in US Push to Deliver COVID-19 Vaccine 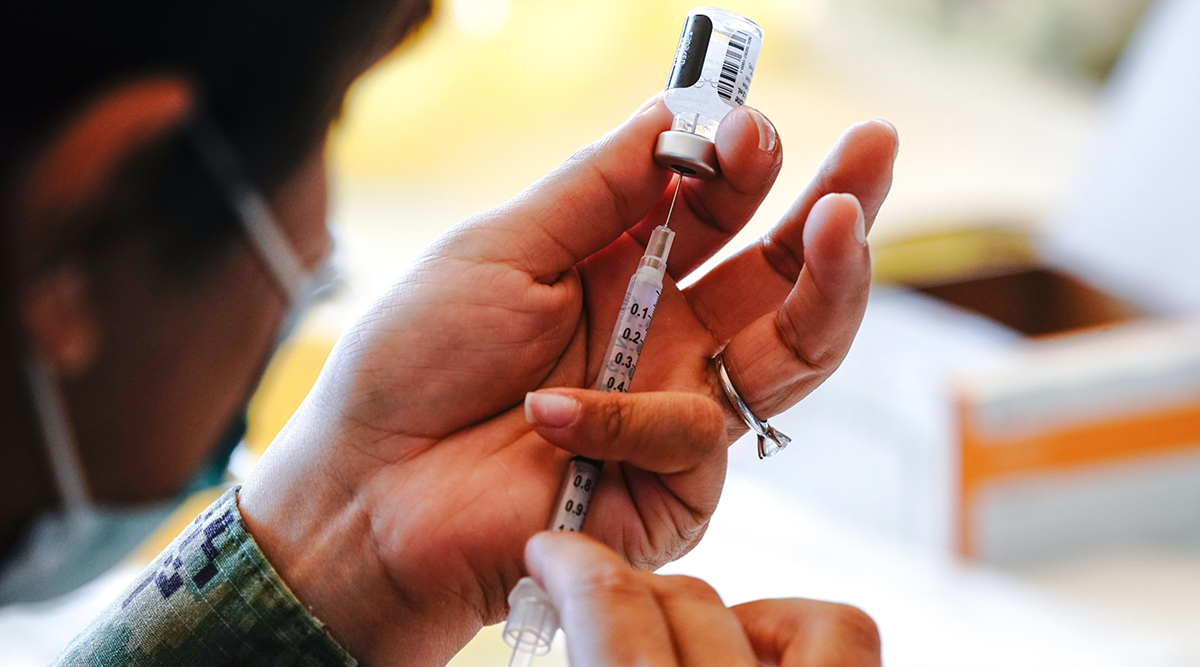 A member of the U.S. Navy prepares a dose of the Pfizer-BioNTech COVID-19 vaccine at Naval Medical Center San Diego in San Diego, on Dec. 15, 2020. (Bing Guan/Bloomberg News)

The first hiccups in the distribution of a COVID-19 vaccine in the U.S. included a holdup in delivering 3,900 shots to two states and the announcement that Pfizer Inc. would deliver almost a million fewer doses next week than are set to ship this week.

Four delivery trays of the Pfizer-BioNTech SE vaccine were pulled back from delivery to California and Alabama this week and sent back to the company because they were colder than anticipated, according to Gustave Perna, the army general who serves as Operation Warp Speed’s chief operations officer.

Each of the trays likely can be used to vaccinate 975 people. Pfizer has said its formula needs to be stored at 70 degrees below zero Celsius, the equivalent of 94 degrees below zero Fahrenheit. These trays were found to be much colder, according to Perna. 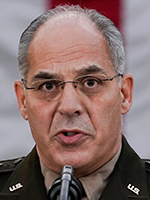 “We were taking no chances,” he said during a Dec. 16 news briefing. Pfizer and federal health agencies are working to determine whether the formula still can be used when it reaches such low temperatures, according to Perna.

Meanwhile, about 2 million doses of the Pfizer-BioNTech vaccine will be allocated for the U.S. next week, less than the 2.9 million available this week when the first shots shipped, U.S. officials at the briefing said without explaining why fewer doses were going out.

Alex Azar, the Department of Health and Human Services secretary, acknowledged production challenges that have been previously disclosed by Pfizer.

Pfizer’s vaccine was the first to win emergency authorization from the U.S. Food and Drug Administration and immunizations began this week. Operation Warp Speed has said it expects to have enough vaccines between Pfizer and another shot on deck from Moderna Inc. to inoculate 20 million Americans in December.

Operation Warp Speed has contracted for 100 million doses of Pfizer’s vaccine, which requires two shots per patient. Azar and other officials pushed back on recent reports that the U.S. government declined to purchase more doses from Pfizer, saying the company couldn’t guarantee they’d be ready by mid-2021.

“They’re right now producing at their maximum capacity to deliver on the 100 million that is in the first tranche of the contract with us, and we’re providing manufacturing support,” he said.

Pfizer did not immediately respond to a request for comment.

On Dec. 15, Florida Gov. Ron DeSantis said that shipments of hundreds of thousands of doses hadn’t yet been delivered to the state due to “a production issue with Pfizer.”

Asked about DeSantis’ comments, a Pfizer spokeswoman said the company “has not had any production issues with our COVID-19 vaccine, and no shipments containing the vaccine are on hold or delayed. We are continuing to dispatch our orders to the locations specified by the U.S. government.”

“The relationship that Pfizer wanted with Operation Warp Speed was the guaranteed purchase of vaccine if approved by the FDA,” he said.

“To date, we have had less visibility into their manufacturing processes, their manufacturing capacities, their locations, supplies, raw material issues, supply chain management, than we do with” other companies, including Moderna Inc., AstraZeneca and Johnson & Johnson, he said.

“Part of our ongoing discussions is to remediate that and get better visibility into what they’re doing, what challenges they’re facing because they’ve made significant commitments to us and others in their manufacturing,” Azar said.

John Tozzi, Angelica LaVito and Jacquie Lee were the primary contributors for this report.