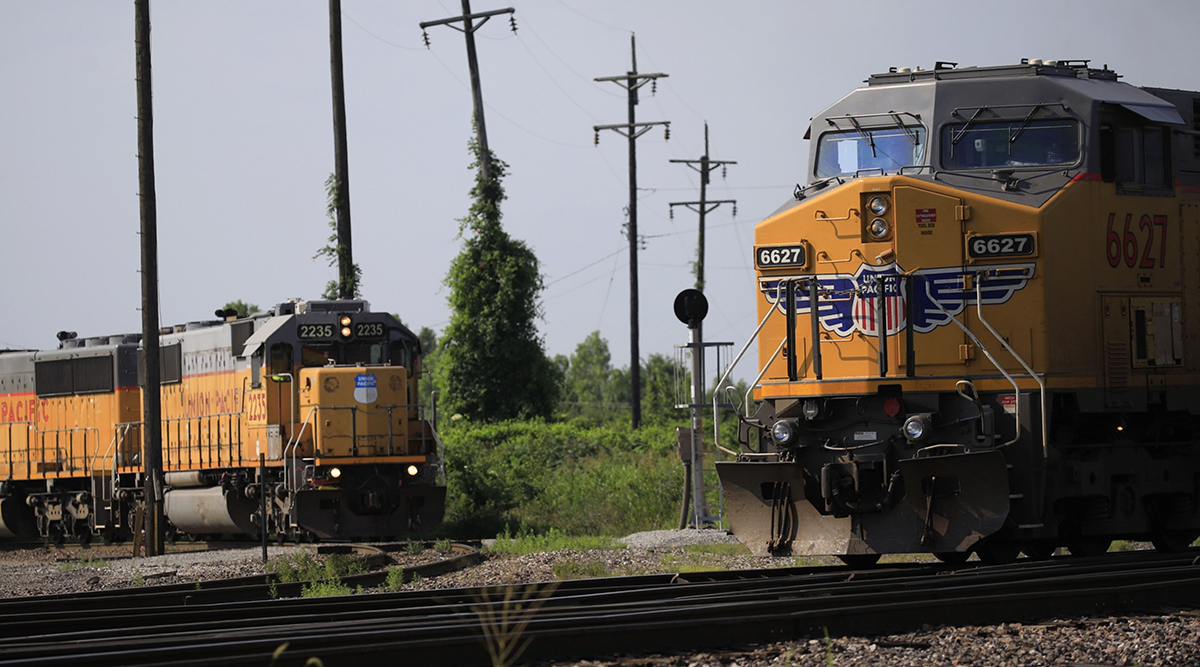 Shippers urged the U.S. railroad regulator to create more competition in the industry during hearings in which Union Pacific Corp. was called to explain a spike in service restrictions.

Univar Solutions Inc., a chemicals distributor, deals with all modes of transportation from air to barge, and railroads stand out as “notoriously difficult to do business with,” Rob McRae, vice president of transportation, told the Surface Transportation Board on Dec. 13.

“There’s no negotiation. ‘Here’s your number and you’ll get the service that we give you,’ ” McRae said, describing the relationship shippers have with large railroads during the hearing. The large “railroads need to have some guardrails.”

Shippers used the public forum to air grievances about an industry structure that they say gives railroads the power to boost prices and pad their profit even as service suffers. Companies, including Cargill Inc. and Ag Processing Inc., pointed to reduced workforces as one of the main culprits for railcar curtailments.

The testimony, which will continue Dec. 14, is the second set of hearings that the STB has called this year to discuss rail service issues. The board, which in January became fully staffed with five members for the first time since 2015, is looking at rule changes including streamlining rate challenges and giving shippers the power to have their cargo switched from one rail to another.

Lance Fritz, the CEO of Union Pacific, said service has suffered because the railroad didn’t have enough train crews at the beginning of the year and has hired 1,400 train and yard workers to address the problem.

As service deteriorated, customers added railcars to the network to move goods. That exacerbated the congestion and forced the railroad to use embargoes to clear out railcars from switching yards and tracks, Fritz said.

“Excess freight-car inventory disrupts the alignment of our network resources,” he said. “It requires us to use more crews and more locomotives to handle the same amount of business, and it produces congestion on our lines of road and in our terminals.” 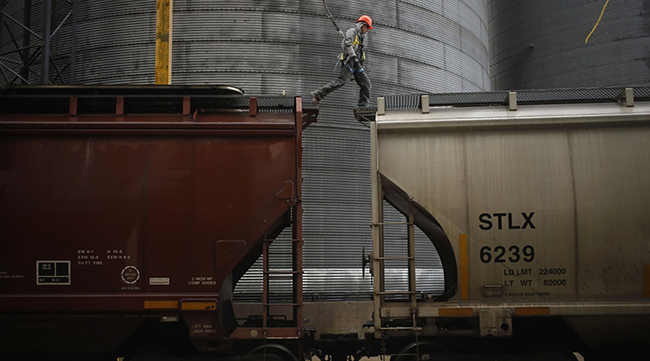 A worker walks across the top of a railroad grain hopper car at the Kokomo Grain Co. Inc. transloading facility in Edinburgh, Ind. (Luke Sharrett/Bloomberg News)

Union Pacific has limited Univar Solutions to three railcars a day from its northern California facility and, when the chemical distributor needs to send an additional railcar, it has to scramble to find four trucks at $3,000 a piece to carry the volume of that one railcar, McRae said.

“We need to figure out a way to incentivize the railroads to expand their systems or their operations so that they can handle the traffic that’s fully available to them,” McRae said. Railroads don’t have that incentive “because of the pricing power that they are afforded with captive customers who have no choice but to pay.”

Cargill was caught off guard in early November when Union Pacific warned the agricultural company that it needed to reduce railcars or face an embargo on traffic, said Brock Lautenschlager, Cargill’s North American rail leader. There had been no weather issues and the network seemed to be running smoother. Union Pacific applied almost 900 service embargoes through October, up from 662 all of last year and only 27 in 2017, according to the STB.

“We believe embargoes should be the exception, not the norm,” Lautenschlager said at the hearing.