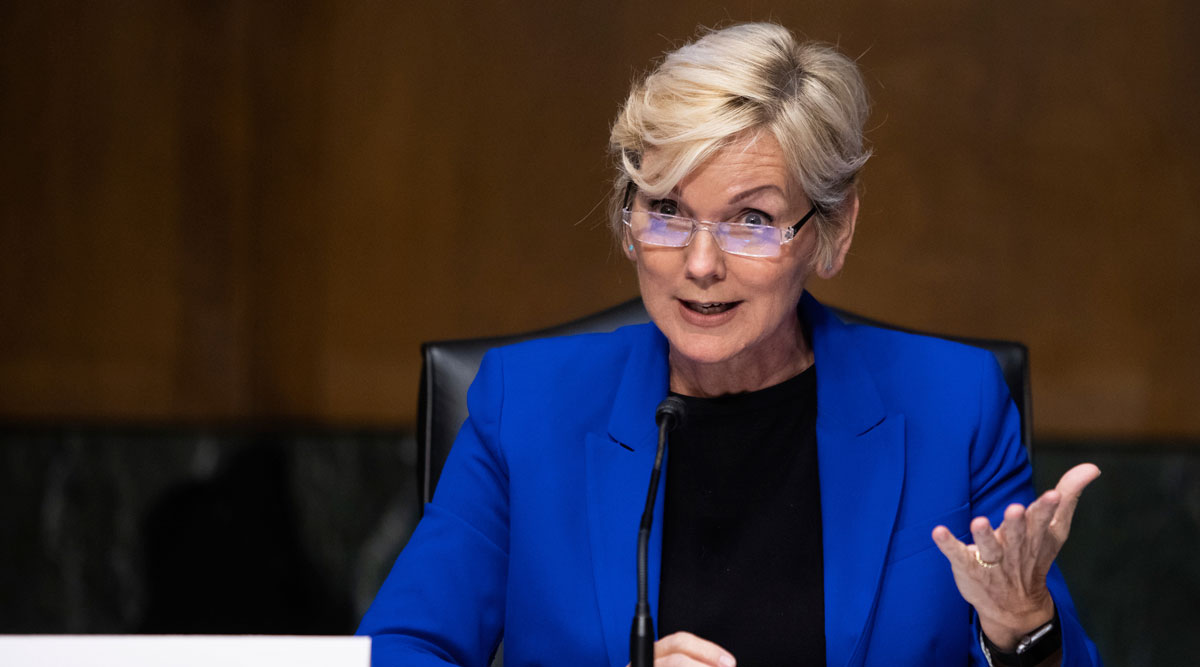 Granholm, who served two terms as governor in a state dominated by the auto industry, will be a key player in Biden’s vision for a green economy as the United States fights to slow climate change.

Michigan was devastated by the 2008 recession, and Granholm has promoted emerging clean energy technologies, such as electric vehicles and battery manufacturing as an answer for jobs that will be lost as the U.S. transitions away from oil, coal and other fossil fuels.

Sen. Joe Manchin, chairman of the Senate Energy and Natural Resources Committee, said he appreciates Granholm’s pledge to “innovate, not eliminate” fossil fuels in the transition to a clean energy economy.

“She understands when markets shift, and basically leaving people behind that had good jobs and now have a hard time just surviving, let alone living any quality of life they lived before,” said Manchin, D-W.Va. “She understands that.”

During her confirmation hearing last month, Granholm pushed her plans to embrace new wind and solar technologies. But her position caused tension with some Republicans who fear for the future of fossil fuels.

Wyoming Sen. John Barrasso, the top Republican on the Senate energy committee, said the Obama administration “went on a regulatory rampage to slow or stop energy production.” Barrasso and other Republicans have complained that a freeze imposed by Biden on oil and gas leases on federal lands is taking a “sledgehammer” to Western states’ economies. The moratorium could cost tens of thousands of jobs unless rescinded, Barrasso said.

He and other Republicans also bemoaned Biden’s rejection of the Keystone XL pipeline from Canada to the U.S. Gulf Coast, saying thousands of jobs will be lost and a friendly source of oil left idle.

Granholm assured lawmakers that creating jobs was her top priority — and Biden’s.

“We cannot leave our people behind. In West Virginia, and in other fossil fuel states, there is an opportunity for us to specialize in the technologies that reduce carbon emissions, to make those technologies here, to put people to work here, and to look at other ways to diversify,” she told Manchin at her Jan. 27 hearing.

Manchin replied that the Energy Department has millions of dollars available for research and development, manufacturing tax credits incentives and other incentives for job creation.

“Would you be supportive of prioritizing that money to be used in the states that lost traditional jobs,” he asked.

During her introduction as Biden’s energy secretary nominee, Granholm described arriving in the U.S. at age 4, brought from Canada by a family “seeking opportunity.” She said her father found work as a bank teller and retired as head of the bank.

“It’s because of my family’s journey and my experience in fighting for hardworking Michigan families that I have become obsessed, obsessed with gaining good-paying jobs in America in a global economy,” she said.