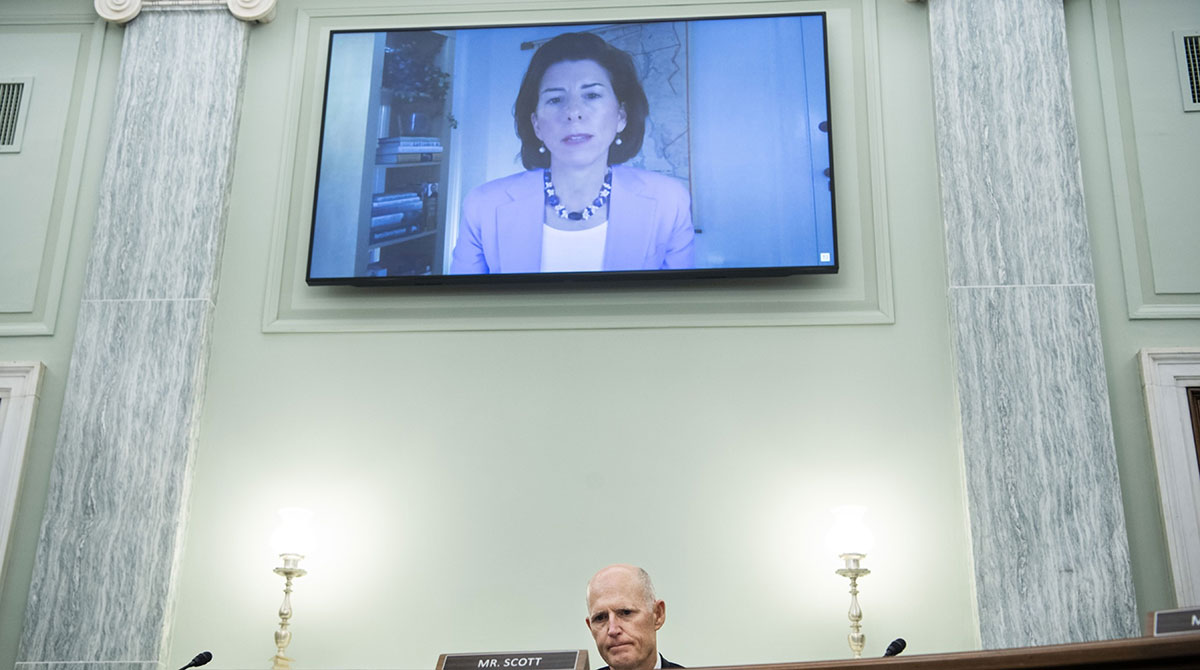 Rhode Island Gov. Gina Raimondo’s nomination to become the country’s next secretary of commerce advanced to the floor of the U.S. Senate after a committee voted favorably on her qualifications.

In a 21-3 vote Feb. 3, the Commerce Committee approved the nomination of Raimondo (D) to represent President Joe Biden’s Cabinet at the Department of Commerce.

The Senate has yet to schedule a vote on her nomination. If confirmed, she would succeed former Secretary Wilbur Ross.

Raimondo told senators at her confirmation hearing she intends to prioritize climate change policies meant to enhance the severe-weather resilience of infrastructure in urban and rural regions.

.@GovRaimondo’s public and private sector experience will give her insight into the many challenges facing our economy, the information age, and what we need to do to skill our workforce for the economy of the future. https://t.co/G2Fot4VOoQ

“We need to recognize that tackling climate change goes hand-in-hand with creating good-paying jobs. As governor, I expanded clean energy jobs, oversaw construction of the nation’s first offshore wind farm and put Rhode Island on a path to 100% renewable power,” she told the committee in January. As governor of the Ocean State, Raimondo approved the “RhodeWorks” infrastructure funding program, consisting of truck-only tolls.

“Having a great deal of understanding of oceans, fisheries and the investment in science, I think, will greatly help us at the Department of Commerce, where the budget oversight is a very big task of the secretary of commerce,” the senator said Jan. 26. “Your great depth of knowledge, both about the competitiveness that America needs, both from the perspective of the outside in the private sector, as well as governor will help us steer through this current pandemic challenge and onto better economic times.”