Sen. Manchin Cites ‘Grave Concerns’ About US ‘Going to the EV’ 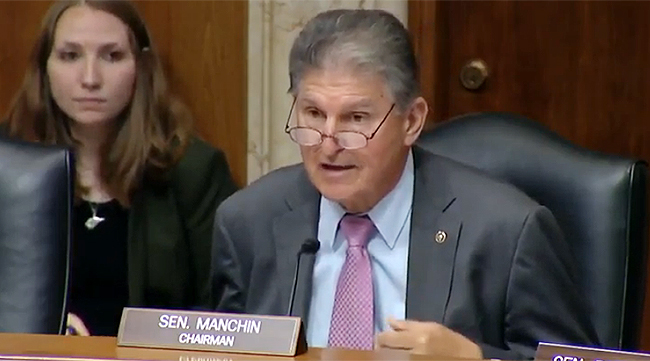 WASHINGTON — U.S. Sen. Joe Manchin, a conservative Democrat whose vote is key to any infrastructure deal in the narrowly divided Senate, expressed “grave concerns” June 15 about the Biden administration’s drive to boost adoption of electric vehicles.

During a Senate Energy hearing, the West Virginia senator was questioning Energy Secretary Jennifer Granholm about her department’s budget proposal when he expressed his doubts about the push to transition to EVs, citing the industry’s reliance on an overseas supply chain.

“I have grave concerns — I really do have great concerns about our country going to the EV, that’s totally dependent on foreign supply chains. So that’s my concern,” said Manchin, who chairs the committee.

He suggested the clean-energy priority should instead be carbon capture technologies, natural gas, renewables and nuclear power, which would not require relying on foreign suppliers. 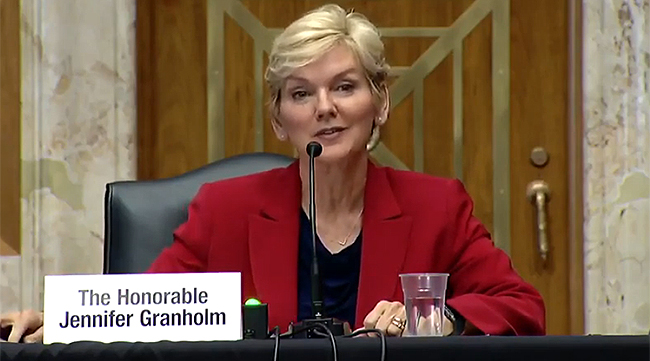 Granholm, a former Michigan governor, replied that President Joe Biden’s American Jobs Plan includes funding for the United States to develop a domestic supply chain for critical minerals that would ensure “we’re not reliant on China or other countries who are under China’s umbrella.”

“We want to be able to show that we can mine in a responsible way,” Graholm said.

“We want to take a look at the coal that is mined and break that open and see if there are critical minerals there that we can then use to decarbonize. There’s a whole sort of circular economy around those minerals, as well which includes recycling.”

The supply chain for advanced batteries currently does rely on raw materials that are sourced overseas, with Chinese chemical companies producing about 80% of the world’s battery raw materials, according to some estimates.

Granholm noted a recent announcement about a company, Redwood Materials, locating near the Tesla Gigafactory that is going to be doing battery recycling, creating 500 jobs.

“So the whole notion of us being able to supply our own energy future is exactly what the president is — honestly, he’s obsessed with it,” Granholm said. “He wants to make America independent of other countries for these critical aspects.”

“It was just released, and there’s a national blueprint on this to make sure that the U.S. has the capability to be to be able to produce those,” she said.

EV funding is a major element of Biden’s $1.7 trillion infrastructure and jobs proposal, which includes $174 billion overall to lead the global electric vehicle race against China and Europe.

His plan includes subsidizing domestic supply chains for EVs, offering grant programs to state and local governments to install 500,000 charging stations, boosting tax incentives and point-of-sale rebates for consumers who buy electric vehicles, as well as moving to electrify a portion of the federal fleet.

Republicans have panned Biden’s infrastructure plan as an expensive nonstarter, but Senate Democrats are weighing potentially pushing through their own infrastructure package using the budget reconciliation process, depending on the outcome of bipartisan negotiations that are ongoing on Capitol Hill.

U.S. Rep. Debbie Dingell (D-Mich.) said June 15 she’s focused on EV elements in the infrastructure package and won’t vote for a deal that leaves them out. Dingell responded to Manchin’s remarks on Twitter:

.@Sen_JoeManchin, let’s work together to bring these EV jobs home and create even more union jobs in our communities. We will remain the global leader in the auto industry but only if we innovate, compete, and let the workers in Michigan and West Virginia lead us forward! — Rep. Debbie **Wear A Mask** Dingell (@RepDebDingell) June 15, 2021