In Search of Bipartisanship, Congressional Leaders Point to Transportation Bill 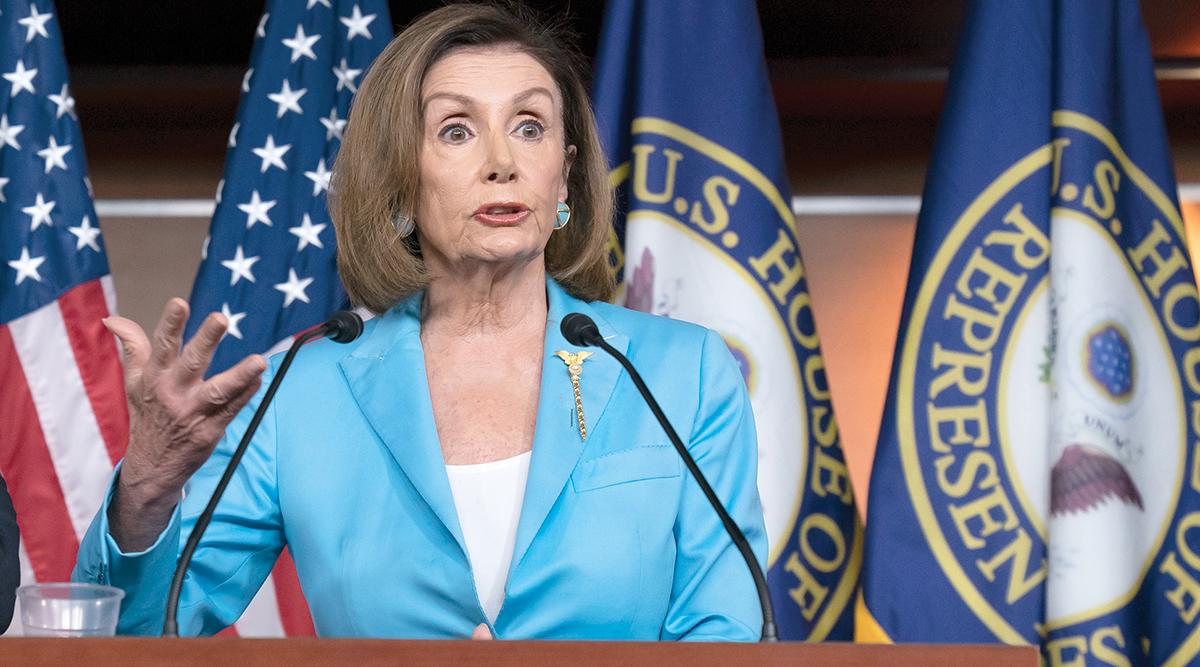 The ongoing impeachment inquiry of President Donald Trump in the U.S. House of Representatives threatens to halt the legislative agenda for the rest of the year and possibly longer, but a comprehensive transportation policy bill is still on the table as the issue remains one of the few vestiges of bipartisanship on Capitol Hill.

“We’re hoping that we can renew our conversations about infrastructure; building the infrastructure of America,” Speaker Nancy Pelosi (D-Calif.) told reporters Oct. 2 on Capitol Hill before giving an update about the inquiry.

“We’re going to do a transportation bill, maybe later this year,” the leader said during a television interview, emphasizing the legislation would likely authorize transportation programs for four or five years. “It probably won’t be as bold as the president was talking about, because it would inevitably, if it were that bold, involve a whopping gasoline tax increase, which is very regressive. It hits medium- and low-income people very hard.” 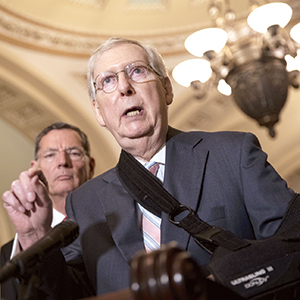 Trump, whose team has not proposed an infrastructure plan this year, told reporters at the White House soon after Pelosi’s comments that the speaker “should worry about infrastructure,” a reference to the congressional agenda.

A committee in the Senate this summer reported a five-year bill designed to reauthorize a five-year highway law that expires September 2020. The measure would boost infrastructure resilience policy while aiming to further streamline the environmental permitting process.

The bill, however, does not propose a fix for a federal highway account’s looming funding crisis. The congressional tax-writing committees have jurisdiction over that account.

This recent emphasis on transportation from the key players in Congress drew a mix of reactions from industry stakeholders, funding advocates, analysts and observers who, for the most part, call on leaders to legislate on infrastructure policy.

American Trucking Associations has proposed the Build America Fund, which consists of adopting a 20-cents-per-gallon fee on motor fuels collected at the wholesale rack. That revenue would be phased in over four years at 5 cents annually. ATA estimates that if enacted, the fund would generate $340 billion in about a decade. 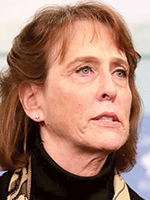 Marcia Hale, president of the Building America’s Future advocacy group, told Transport Topics that she believes members of Congress would welcome a robust debate on ways to improve connectivity across transportation networks, as well as proposals for modernization projects. Yet, the unresolved matter of identifying a sustainable source of funding for such efforts remains the main impediment. “It would be very difficult to get the House bill done but not because of impeachment. Just because it’s hard,” she said. “The more plausible thing to expect is that there will be a series of extensions like we’ve been through before. But, I don’t think it’s impossible to get this done.”

Jeff Davis, senior fellow at the Eno Center for Transportation, expects Congress to, at a minimum, work on federal funding legislation meant to avoid a shutdown of federal agencies. Notwithstanding the impeachment inquiry, he had low expectations that lawmakers would advance infrastructure measures, or other major policy bills. “Even if this weren’t happening in the House, I didn’t have any high hopes for anything happening this fall, anyway,” he told TT. 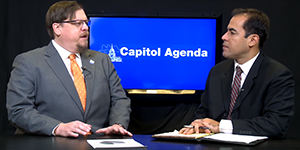 Davis (left) is interviewed by Mulero. (Transport Topics via YouTube)

The U.S. Chamber of Commerce endorses a fuel tax increase as a way to resolve the looming insolvency of the Highway Trust Fund. The account relies on revenue from the federal tax on diesel (24.4 cents per gallon) and gas (18.4 cents), neither of which has increased in years. But McConnell’s negative remarks about increasing the fuel tax were a disappointment to Ed Mortimer, vice president of transportation infrastructure at the Chamber. “If Leader McConnell and others come up with a way that is long-term and sustainable that doesn’t add to the deficit, we’re willing to work with them to come up with that solution. We haven’t seen that solution yet. But we’re very open to the leader in the sense that he continues to want to address the infrastructure issue.” 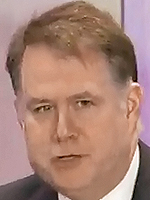 He added, “At the end of the day, we’re going to work with the leader and the other senators on a bipartisan basis to get something that can get enacted into law.”

If Congress were to proceed with temporary extensions of the federal highway law, Mortimer said it would amount to “terrible public policy” with the potential of halting big-ticket projects in states.

“There’s always things going on in Washington. There’s always headwinds,” Mortimer added. “But there is no reason why the Congress cannot act on this issue of infrastructure.”