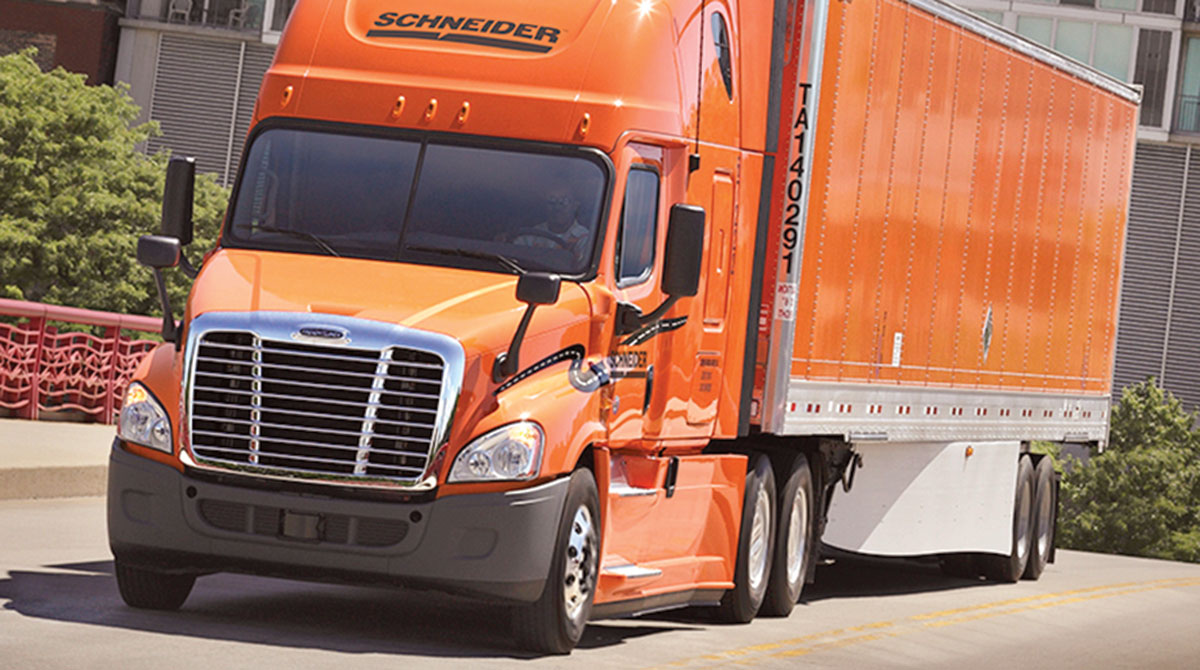 Schneider National plans to wind down its Canadian operations later this year, the company confirmed.

“Despite the dedication and best efforts over many years, Canadian-based operations do not fit within Schneider’s long-term strategic focus,” company spokesperson Kara Leiterman told Transport Topics via email. “This decision was difficult. The change will affect all 150 Canadian-based associates and drivers. We are working with associates during the transition.”

Schneider, based in Green Bay, Wis., operates a 39-acre facility in Puslinch Township, Ontario, about 55 miles west of Toronto. This location is expected to be sold.

Leiterman had no specific timetable for that sale, but said Schneider expects to cease Canadian-based operations by the end of March.

“Company trucks and equipment will transfer to our U.S.-based network to continue to serve our customers and as we proceed with the sale of the Guelph, Ontario, property,” she said. “We have notified all our Canadian associates and will remain in regular communication with them over the coming months.”

The company said the decision to leave Canada has nothing to do with tighter cross-border COVID-19 vaccine regulations recently implemented by the country. As of Jan. 15, the requirements — which apply to truckers and other essential workers — affect people crossing from the U.S. into Canada. Similar rules were expected to take effect in the U.S. on Jan. 22.

In 1989, Schneider was awarded operating authority by the Canadian government to haul freight in the provinces of Quebec, Ontario and British Columbia. It opened an office in Canada the following year. Schneider on its website says it has been in operation for 86 years and operates 180 properties worldwide. In the third quarter of 2021 it generated $1.44 billion in revenue and net income was $110 million.

On Jan. 4, Schneider announced the $263 million cash acquisition of Celina, Ohio- based Midwest Logistics Systems, which operates 900 tractors with 1,000 drivers across 30 U.S. locations. Schneider plans to run Midwest as an independent subsidiary that will continue to operate under its current name. Its financial results will be reported in dedicated operations as part of Schneider’s truckload segment results beginning in the first quarter of this year.