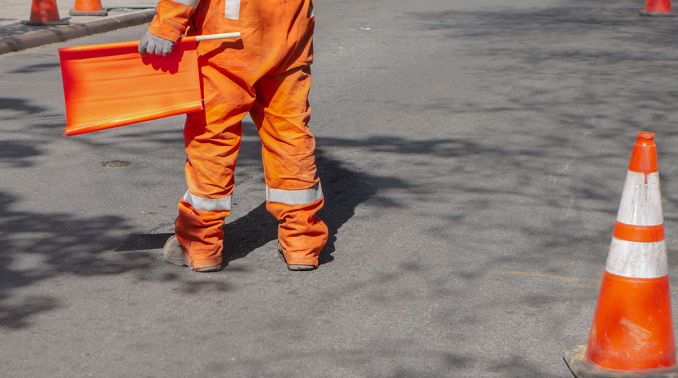 Thanks to the infrastructure funding bill, badly needed improvements to the nation’s roadways and bridges will be underway in large numbers next year. This work brings with it a corresponding increase in construction work zones, which demand caution from drivers passing through.

Already, there have been an estimated 29,000 new U.S. improvement projects jump-started since passage of the legislation last year, according to the American Road & Transportation Builders Association. While good for the nation’s infrastructure, this surge arrives at a time when fatal crashes in work zones have already been on the rise. In 2011, there were 590 work zone fatalities recorded nationally, said Bradley Sant, ARTBA’s senior vice president of safety and education. By 2020, there were 857 work zone fatalities.

Experts said the dangers associated with work zones can be reduced with safe designs and other strategies that will help avoid all types of accidents. But for trucks, some types of works zones tend to be riskier.

He estimated there will be 20-30% more work zones added to the nationwide mix due to increased infrastructure funding, which elevates risk. “You get more work zones, you get more crashes,” Ullman said. “The question is how many more work zone crashes do you get? We certainly don’t want to see a one-to-one trade-off.”

Most often, truck crashes in work zones involve either a truck rear-ending a car or a car rear-ending a truck, according to experts.

But despite concerns, there is optimism that traffic engineers will have more money this time around to design more truck-friendly work zones that will mitigate truck crashes.

Research outlined in the National Work Zone Safety Information Clearinghouse website — which provides information and statistics from several federal transportation agencies — determined that large trucks are over-represented in work zone accidents for a number of reasons, some that are more obvious than others.

Because they are longer, bigger, heavier and wider than cars, trucks have less lateral clearance and recovery area. When involved in work zone crashes, the damage tends to be more severe.

“Certainly, large trucks have larger blind spots, and when coupled with the need to merge out of an upcoming closed lane at a work zone, this can contribute to the higher crash involvement levels,” the Clearinghouse said. “In addition, trucks accelerate and decelerate much differently from personal vehicles.”

Some of the more common methods to help reduce truck crashes in work zones — suggested by both research and accident statistics — include maintaining sufficient lane widths, encouraging trucks to use alternative routes, creating truck-only lanes through the work zone, maintaining good sign devices and avoiding short or no acceleration lane entrance ramps.

Other suggestions for helping drivers navigate work zones include:

“In the short run an increase in work zones is going to be bad news because of safety and congestion,” said Daniel Murray, senior vice president at the American Transportation Research Institute. “But in the long run, improved infrastructure has been shown to enhance safety. Improved infrastructure will lower the crash rates for many reasons.”