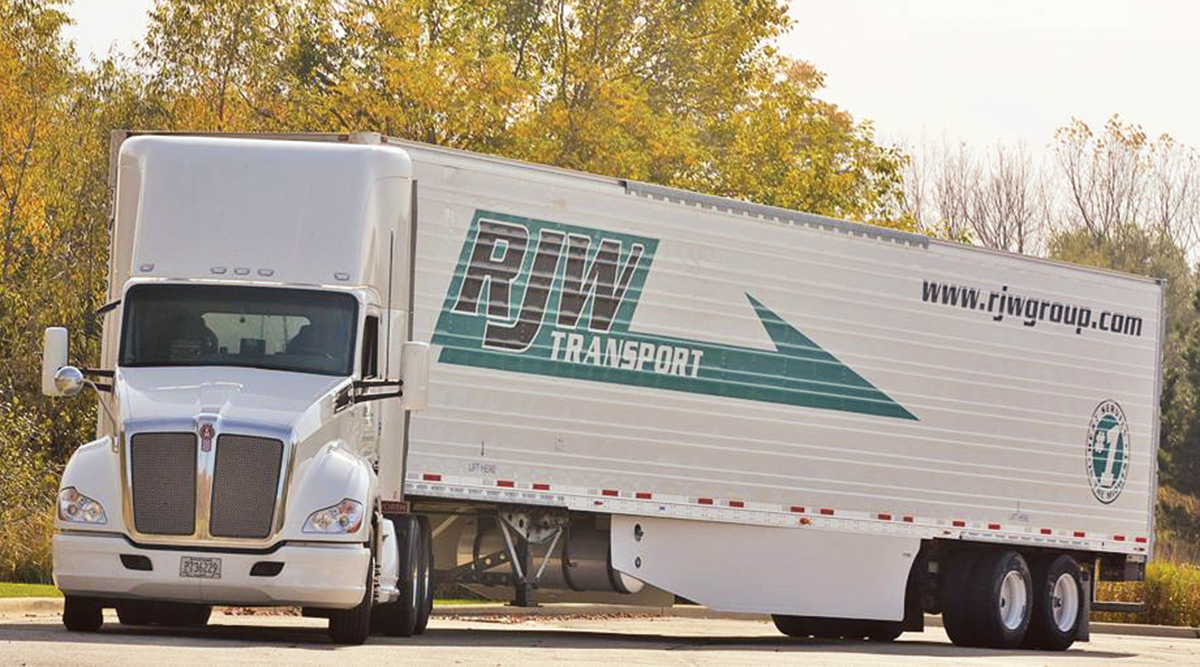 An RJW Logistics truck. The company is in the process of building a major facility in Mesquite, Texas. (RJW Logistics via Facebook)

“Establishing an operational hub in Dallas supports our ability to more effectively meet the needs of our existing customer base and onboard new consumer packaged goods suppliers in a growing region,” Kevin Williamson, RJW Logistics’ CEO, said in a statement. “Centralized warehousing is a game changer for suppliers.”

“They win by reducing costs and inventory hold, while gaining efficiencies and improving scorecard performance,” he said. “We use sophisticated data and technology systems to determine which of our two regional hubs is most advantageous and cost effective for the supplier.”

The company currently serves its customers from nine consolidation warehouses in the central U.S. RJW provides transportation and warehousing services for major retailers including Walmart, Sam’s Club, Aldi, Kroger, Amazon and Walgreens. The new Mesquite operations will have about 225 employees.

Urban Logistics plans to ship more than 36 million cases a year out of the new distribution hub, which will serve 200 of its clients.

Alcott Logistics Station is Urban Logistics Realty’s second major Mesquite project and one of the largest in the city. More than 2 million square feet of warehouse and shipping facilities are planned in the project.

Mesquite has been one of North Texas’ fastest growing warehouse markets as developers have migrated east of Dallas to find new industrial building sites. Dallas-Fort Worth is the country’s fastest growing industrial market with more than 80 million square feet of buildings on the way.