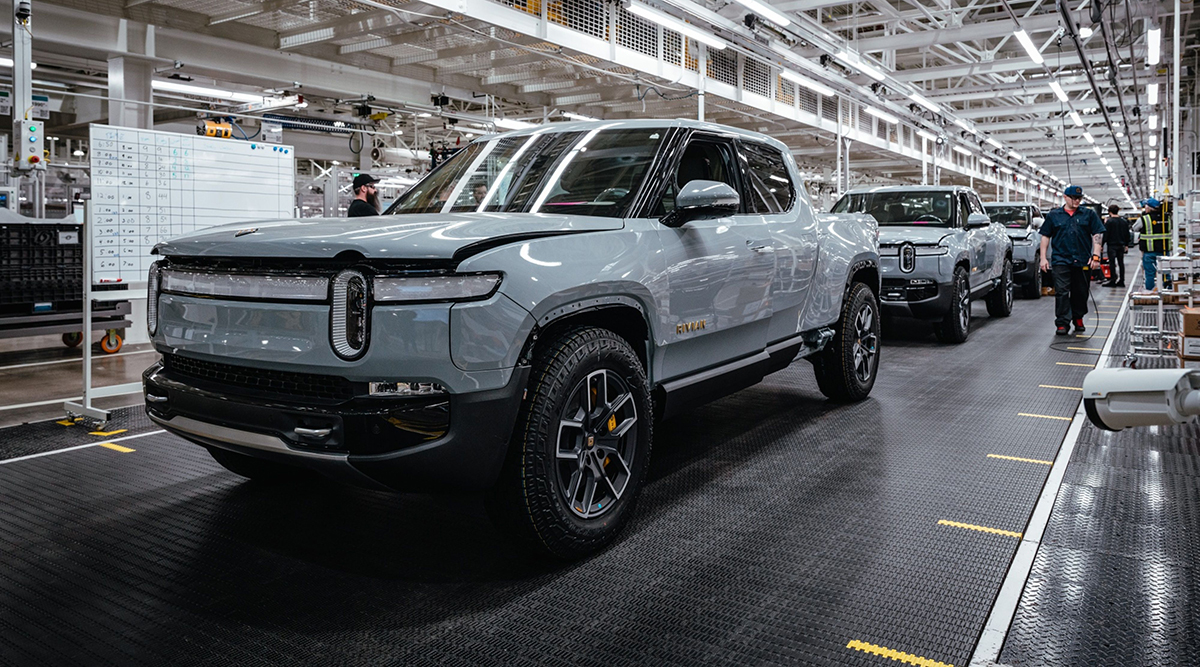 Rivian Automotive Inc. said it accelerated production and stepped up sales in the first quarter, keeping the electric pickup maker on track to deliver 25,000 EVs this year.

Irvine, Calif.-based Rivian said in a filing May 11 it has built about 5,000 vehicles since production started in September, even with ongoing supply chain challenges. The company, which builds a mix of pickup trucks and SUVs, delivered 1,227 vehicles to customers in the quarter.

The automaker’s shares surged as much as 14% in after-hours trading, before paring gains. The stock closed down 9.6% to $20.60 and has dropped about 80% so far this year. The shares were rocked this week by a lockup expiry that’s allowed insiders and big-name investors to sell.

EV newcomer Rivian is struggling after a blockbuster listing in November, the sixth-biggest IPO on U.S. record, helped put it on the map. The company was first-to-market with an electric pickup, beating out Ford Motor Co. — an investor — and the likes of General Motors Co and Tesla Inc. It has blamed parts shortages, COVID-19 outbreaks and production hiccups for holding it back.

Rivian reported $95 million of first-quarter revenue, below analyst consensus estimates of $131.2 million. The EV maker recorded an adjusted loss of $1.43 a share, slightly better than the average estimate of $1.45.

“Supply chain continues to be the bottleneck of our production,” Rivian said in its shareholder letter. “We have been forced to stop production for longer periods than anticipated, resulting in approximately a quarter of the planned production time being lost due to supplier constraints.”

Rivian said it ended the quarter with $17 billion in cash and cash equivalents, excluding additional lines of credit, down from $18.4 billion at the end of 2021. The company said the funds are sufficient to take it through to the start of production of a next-generation mid-price vehicle to be assembled at a new plant to be built in Georgia.

Alongside its consumer models, Rivian is building battery-electric delivery vans for Amazon.com Inc., its second-largest shareholder.

While output from Rivian’s sole operational plant in Normal, Ill., is constrained, it’s already trying to expand its manufacturing footprint to boost capacity. The company received $1.5 billion in state and local incentives earlier this month to build a second $5 billion factory in Georgia, which it hopes will start up in 2024.