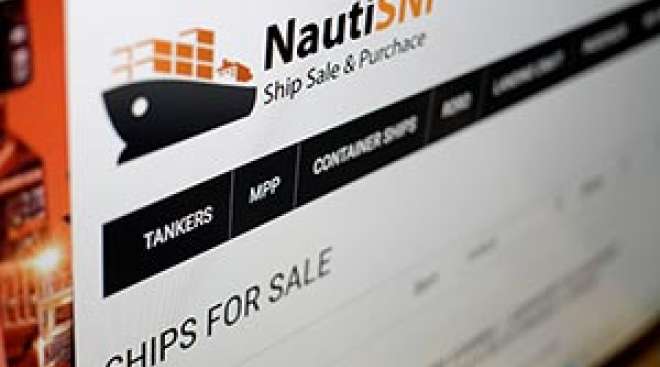 Sales of secondhand ships used to haul commodities such as iron ore, coal, grain and fertilizer have hit a seven-year high in 2016 as the industry creeps out of an eight-year downturn that has sunk several fleets of shippers.

Seaborne transport, which accounts for 85% of global trade, has seen a tentative recovery in the rates shippers charge to carry dry-bulk cargoes, which has encouraged buyers to jump at the bargain prices for secondhand vessels.

Nearly 560 such dry-cargo ships, which as a class make up half the world's merchant fleet, have changed hands in deals worth $4.3 billion up to the end of November, data from shipbroker Clarkson showed, the highest number since 2009.

"We've seen a lot of interest from Asian buyers in 10- to 15-year-old ships, which is partly due to the surge in rates," said Ziad Nakhleh, managing director of Greek owner Teo Shipping Corp.

"Mineral demand from China is one of the bright spots for dry bulk," he told Reuters.

Teo Shipping has put a 15-year-old, 74,107 deadweight tonne (DWT) panamax bulk carrier, the Cretan Wave, up for sale at a price tag of $4.65 million, according to the nautisnp.com website.

It is one of thousands of dry cargo ships on the market at traditional and online brokers.

"We believe the sector is approaching a turning point after a long period of depressed rates," said Aristides Pittas, chairman and CEO of dry bulk owner Euroseas, which has recently agreed to buy the Capetan Tassos, a 16-year-old, 75,100 DWT bulk carrier for about $4.4 million. 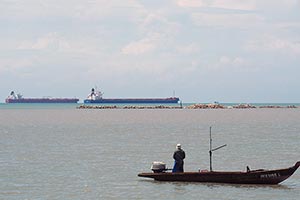 After crashing to its lowest level on record earlier this year, the Baltic Dry Bulk Index, a basket of freight rates to transport dry raw materials such as iron ore, coal and grain, has soared over 300% to 1,257 points, albeit still way off its almost 12,000 point peak from 2008.

"It does make more financial sense to buy secondhand at the moment than order new-builds, given the very attractive prices," said Ralph Leszczynski, head of research at ship broker Banchero Costa (Bancosta) in Singapore.

The revenue those cheap ships can generate is on the rise. Average rates for large 180,000 DWT ships, known as capesize, had plunged to around $2,800 per day at the end of January, about 60% below daily operating costs of $7,200, but have since recovered to around $22,000 per day, ship broker data showed.

While some of the recovery is cyclical — the first quarter is traditionally the weakest for dry bulk cargo, and the fourth quarter the strongest — freight rates have been buoyed by a rebalancing in cargo demand and vessel supply.

The number of new ship orders dropped to its lowest level in more than 35 years in the first eight months of 2016, Clarkson figures show, while the scrapping of older dry cargo ships hit an all-time record in the first half of the year, Bancosta said.

Tougher controls from September 2017 on seawater pumped in and out of ships could see the demolition of up to 2,500 vessels in a global fleet of 9,500 dry bulk ships over 20,000 DWT, according to a report in mid-November by Bancosta.

"There are people thinking ship prices are cheap, and if they hold the vessel for two or three years they may see a serious return," said Nick Shaw, head of shipping at law firm Reed Smith in London.

For all that, after a downturn that triggered bankruptcies across the globe, including South Korea's Hanjin Shipping Co., one of the world's biggest container shippers, the industry still has some way to go to return to health.

"Dry-bulk may be off the critical list, but it's still lying on a hospital bed feeling rather sorry for itself," said Martin Rowe, managing director of shipbroker Clarksons Platou Asia in Hong Kong.

And though the metrics have improved, the fleet size is still outgrowing the rise in trade, according to Clarkson — a 1.9% rise in bulk carrier tonnage compared with a 1% rise in cargoes this year.

"We need more scrapping, no new buildings and expanded trade growth to restore the dry-bulk market to health," Rowe said.