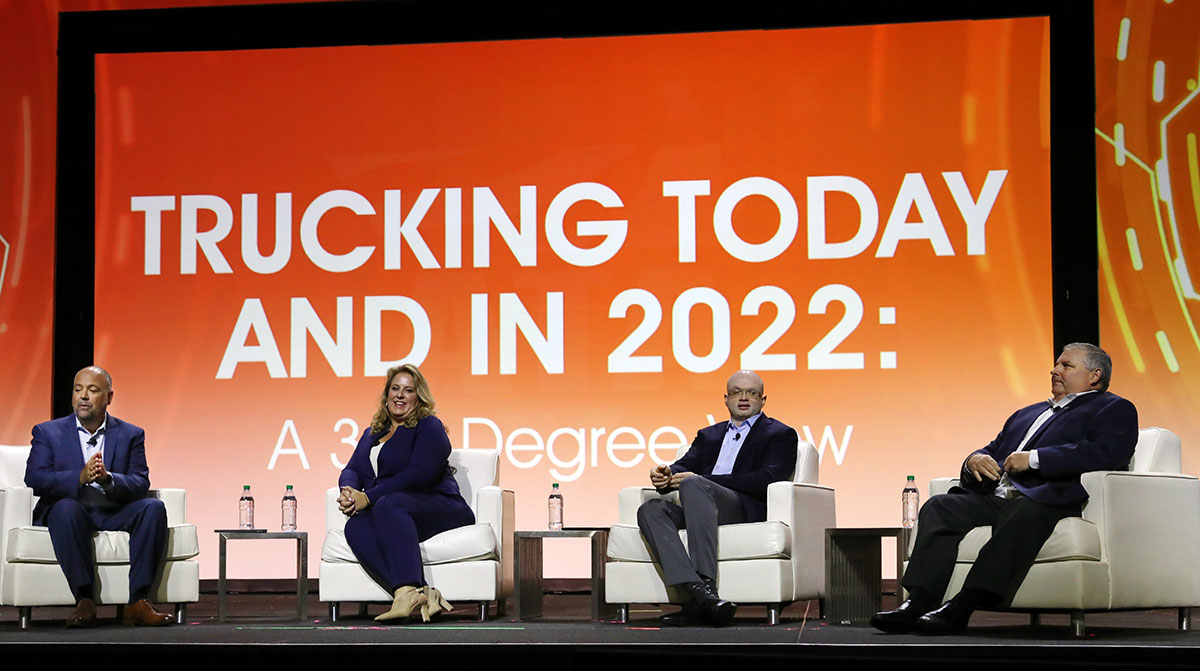 “That’s double what we normally do, and then even after that, we’re still looking at good numbers,” Costello said. “The average is again about 2%.” 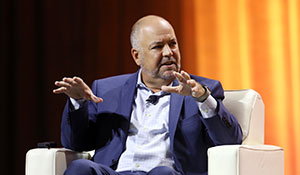 He followed that with a caveat.

“Here’s the thing, folks. I just told you all that. I don’t use GDP to forecast trucking because there’s a lot of different stuff in there.”

Instead, Costello looks at consumer spending, construction activity and industrial production to get a general forecast of the freight industry. He concedes that the three categories are overly simplistic and there are a lot of subcategories in each. But they give a good general view.

“Retail sales are up this year over 20%,” Costello said. “You had people get stimulus checks and if they weren’t working they got the higher unemployment benefits. Those of us who were employed generally were doing OK. But even those that were not employed had money coming in, and they were spending that money.”

He added that last year and even into this year amid pandemic conditions people were buying a lot of goods because they weren’t buying a lot of services. That also had an impact on construction activity. Costello noted the country is going to build more new homes this year than in any year since 2007. But despite this, more homes are needed to match freight needs. 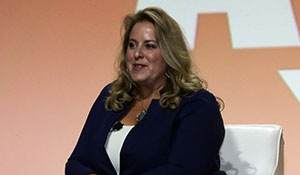 “Business is good,” said Cari Baylor, president of Baylor Trucking. “We’ve seen strong volumes and rising rates consistent all year. For fall freight, I think it’s going to be a peak season like we’ve never seen before. One of the things that we learned last year is because of the labor constraints, although the volume was there, we couldn’t get our trailers emptied.”

Baylor added that was a significant issue and so she took all of those variables that she learned and put it into her 2021 Q4 forecast. She then provided capacity numbers to her shippers and new pricing.

“I think it’s going to be exceptional,” Baylor said. “I know a lot of families are pre-ordering their holiday merchandise, hoarding and stocking up on holiday gifts. So I think that’s going to have an impact. But I do think it will be a peak season like we haven’t seen before.”

“Even manufacturing is doing well,” Costello said. “We’re going to talk about the supply chain. You heard it yesterday. It’s been a theme, obviously, throughout this conference. But even with those problems, we’re still up 7.3% this year. Now some of that’s easy comparisons, no doubt about it, from a softer period before. But in the end, we’re going to build more stuff in the U.S.”

Costello highlighted that there still are problems impacting the trucking industry despite the generally good broader trends. Total for-hire contracted truckload freight loads are down 3.9% since last year. But spot market load postings are up 35%. Less-than-truckload tonnage is up 8.3%.

“I just told you the economy is good,” Costello said. “And yet … contract freight is off this year. That is a supply-side story. So where are those loads going? Are shippers going to the contract carriers? It’s going to the spot.”

Costello added that LTL also is benefiting because shippers are trying to get those loads moved and they’re moving some goods over to the LTL sector. E-commerce is helping LTL as well, he noted. 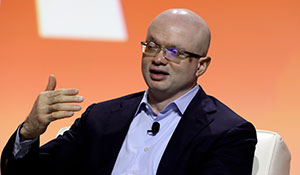 Pilot Flying J CEO Shameek Konar is facing the markets on different fronts, having travel centers and a fleet of trucks within his business.

“For us, it’s almost two different stories,” Konar said. “I think when we look at the industry, it feels like diesel volumes are down 3% from 2019. And that’s a combination of a variety of factors. Everything from truck shortages, driver shortages and so on. On the gasoline side, it doesn’t feel like the economy is back to what we had experienced back in 2019.”

Konar added that he makes comparisons to 2019 because some 2020 numbers are easy to beat. So it doesn’t give as clear a picture of current conditions.

“We sell a lot of retail merchandise and food,” Konar said. “Retail sales are up pretty substantially … and I think we were working as a surrogate for grocery stores at times. But on the other side … we are struggling from a supply chain perspective. We do not have as many drivers as we may need.”