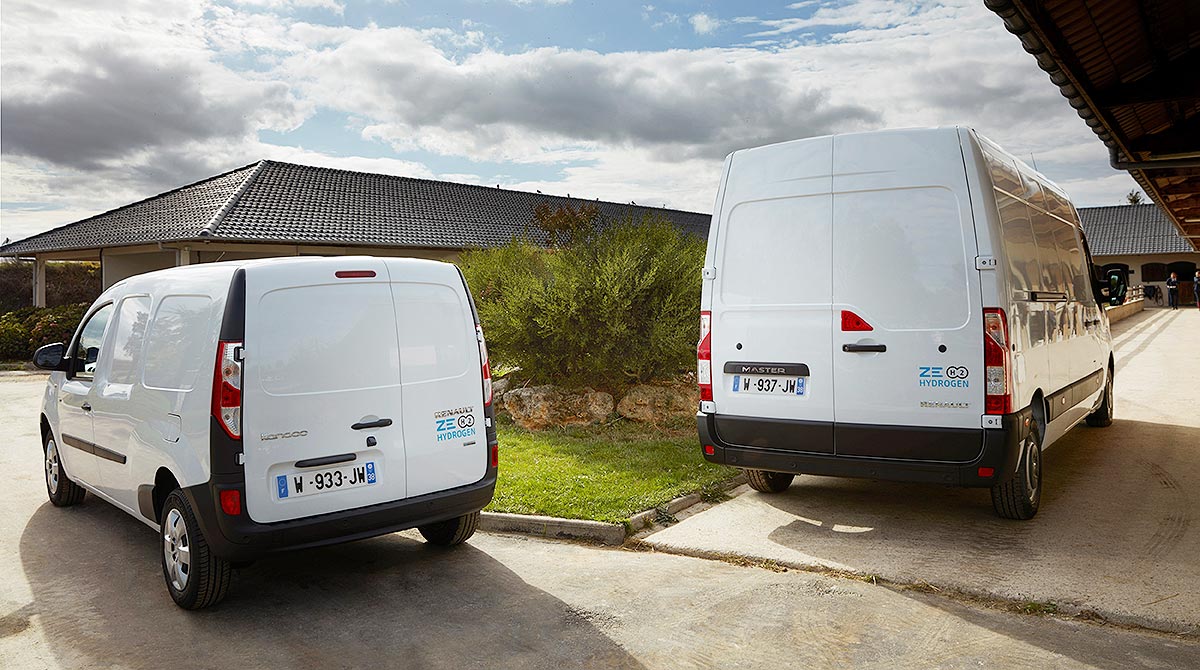 Renault SA will offer its electric Kangoo van with added hydrogen fuel cells before the end of the year and roll out the technology to another model in 2020.

The move sees the French carmaker joining competitors Toyota Motor Corp. and Hyundai Motor Co. in sticking with fuel cell vehicles even as the industry largely backs electric cars powered by lithium-ion batteries. The hydrogen addition will boost the driving range of Renault’s Kangoo and Master vans as much as threefold compared to electric models, allowing a refueling in 5 to 10 minutes, the company said Oct. 22.

European automakers are under pressure to roll out zero-emission cars to comply with new regulation to cut pollutants. While many prioritize battery-electric vehicles, manufacturers like BMW AG have for years invested in fuel cell cars. The long-standing technology, which emits only water vapor, has struggled with high costs, complex storage of hydrogen and a lack of infrastructure.

Toyota and Hyundai both offer hydrogen-sipping vehicles. In adding both rechargeable batteries and fuel cells to its vans, Renault follows the example of Mercedes Benz-maker Daimler AG, which is rolling out a fuel cell sport utility vehicle that also features a battery to bridge patchy refueling points.

The hydrogen Kangoo ZE will be priced from $54,000 with a driving range of 230 miles. The technology was developed in partnership with a subsidiary of Michelin, the French tiremaker formerly led by Renault Chairman Jean-Dominique Senard.