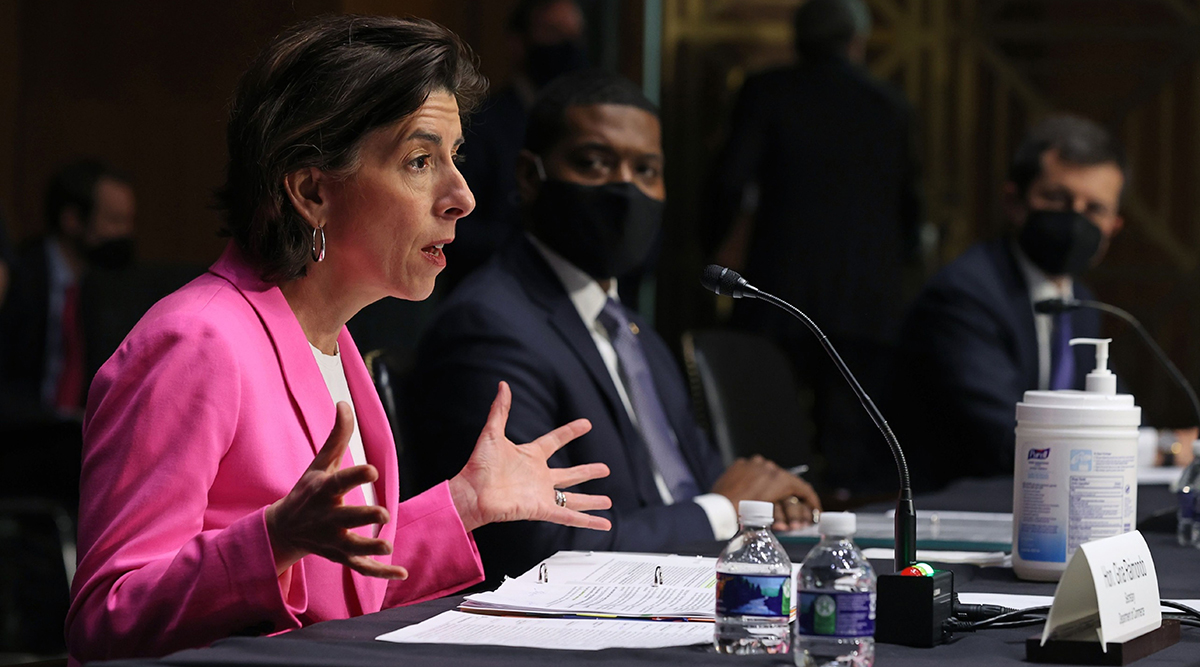 Commerce Secretary Gina Raimondo called for a major increase in U.S. production capacity for computer chips whose current shortages are causing global manufacturing bottlenecks, saying the push could create jobs and wean the nation off over-dependence on China and Taiwan.

“Right now we make 0% of leading-edge chips in the United States. That’s a problem,” Raimondo said May 4 in a virtual conference of the Council of the Americas, a business group. “We ought to be making 30%, because that matches our demand. So, we will promise to work hard every day, and in the short term also see if we can have more chips available so the automakers can reopen their factories.”

Reaching 30% likely would take decades of sustained investment. In the shorter term, the Biden administration is in talks with Taiwan and Taiwan Semiconductor Manufacturing Co. to prioritize the needs of American automakers to boost supply after a chip shortage led to closed factories and furloughed workers, Raimondo said.

Automakers have cut production after a surge in orders for items such as smartphones, TVs and computers left less capacity for a stronger-than-expected rebound in vehicle demand.

Raimondo touted Biden’s proposal for a $50 billion fund to build semiconductors. Carmakers are pushing for a portion of the money to be reserved for vehicle-grade chips, warning of a potential 1.3 million shortfall in car and light-duty truck production in the U.S. this year if their industry isn’t given priority.

“In the process of building another half a dozen fabs in America, that’s thousands of Americans that get put to work,” Raimondo said. A “fab” is shorthand for a semiconductor fabrication facility.