Portland on the Mind of US House Transportation Leader Peter DeFazio 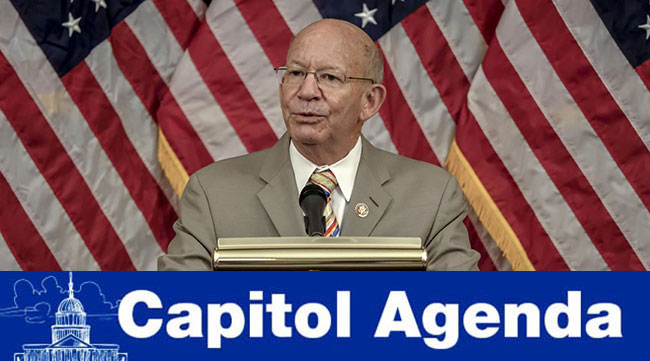 “All Americans should be appalled by these gross violations of Oregonians’ civil liberties,” Rep. Peter DeFazio (D-Ore.) says of the use of federal force at protests in Porland. (Alex Wroblewski/Bloomberg News)

The to-do list of the top transportation policymaker in the U.S. House of Representatives now includes addressing the federal response in his home state of Oregon.

DeFazio, chairman of the Transportation and Infrastructure Committee, said he was “deeply disturbed” by reports regarding escalating use of force against peaceful protests exercising the First Amendment.

“By defying the demands of state and local officials to leave, policing with unmarked federal agents, neglecting to read people their rights, detaining Americans without cause, and brutalizing and targeting peaceful protesters, the Trump administration is trampling on our constitution and using Oregonians as props to bolster his own failing re-election efforts. These are the actions of an authoritarian regime; not an open democracy,” DeFazio stated this month. He added, “All Americans should be appalled by these gross violations of Oregonians’ civil liberties.”

Fellow Oregonian Rep. Earl Blumenauer, a longtime advocate of a fuel-tax increase to fund highway projects, has demanded acting Department of Homeland Security Secretary Chad Wolf resign for his role in the activities in Portland.

On the other side of the Capitol, Oregon’s senators — Finance Committee ranking member Ron Wyden and Jeff Merkley, both Democrats — called on colleagues to help prevent federal agencies from continuing such operations. The lawmakers claim, among other things, federal agents are relying on unmarked vehicles to detain citizens beyond federal property without probable cause. The Finance Committee has jurisdiction over the Highway Trust Fund, an account backed by revenue from the fuel tax to assist states with surface transportation programs.

“These disturbing actions are usually reserved for authoritarian governments, not democracies. And anybody who thinks this will be confined to Oregon isn’t paying attention to either what is going on or what the president has promised,” the senators wrote to the chamber’s funding leaders July 24. “[President] Donald Trump has already stated that he and his administration are treating Portland as a test case and plan to carry out similar actions in other American cities and states.” Simply put, the senators suggest the Portlandia phenomenon might come to a city near you.

After the police killing of George Floyd, protests took off around the country (and the world). Portland, not surprisingly, became a center of what certain observers declared to be largely peaceful demonstrations within several blocks. The administration’s viewpoint has emphasized the violence and vandalism around federal property.

President Trump, who called himself the “Builder-in-Chief,” told reporters last week, “[Department of] Homeland Security and other law enforcement with us went in, and they’ve done a great job protecting our property — the federal courthouse and other property — and, most importantly, protecting our people.” The president added, “People elected me to help and to protect.”

We are trying to help Portland, not hurt it. Their leadership has, for months, lost control of the anarchists and agitators. They are missing in action. We must protect Federal property, AND OUR PEOPLE. These were not merely protesters, these are the real deal!

Meanwhile, this year the White House has not unveiled a long-term funding plan pertaining to the country’s highways. And, negotiations on Capitol Hill related to surface transportation policy have been eclipsed by ongoing efforts to advance the next COVID-19 economic stimulus.

Absent a reliable federal partner on transportation funding matters, state agencies, especially those with little room for fiscal error, say they are likely to experience disruptions. It seems too soon to assume such agencies will be unaffected. People’s safety is immensely important. So, too, is adequate access to freight and commuter corridors.

July 27-30: The Association for Unmanned Vehicle Systems International and the Transportation Research Board host the 2020 Automated Vehicles Symposium via webcast.

USDOT Summit on Pedestrian ... by Transport Topics on Scribd

Will the Senate take up the fiscal 2021 transportation funding bill this year? (Asking for a friend.)

I must say it will be difficult even for John to have done more in the House than he did in the civil rights movement, to do more in Congress than he did for his country.