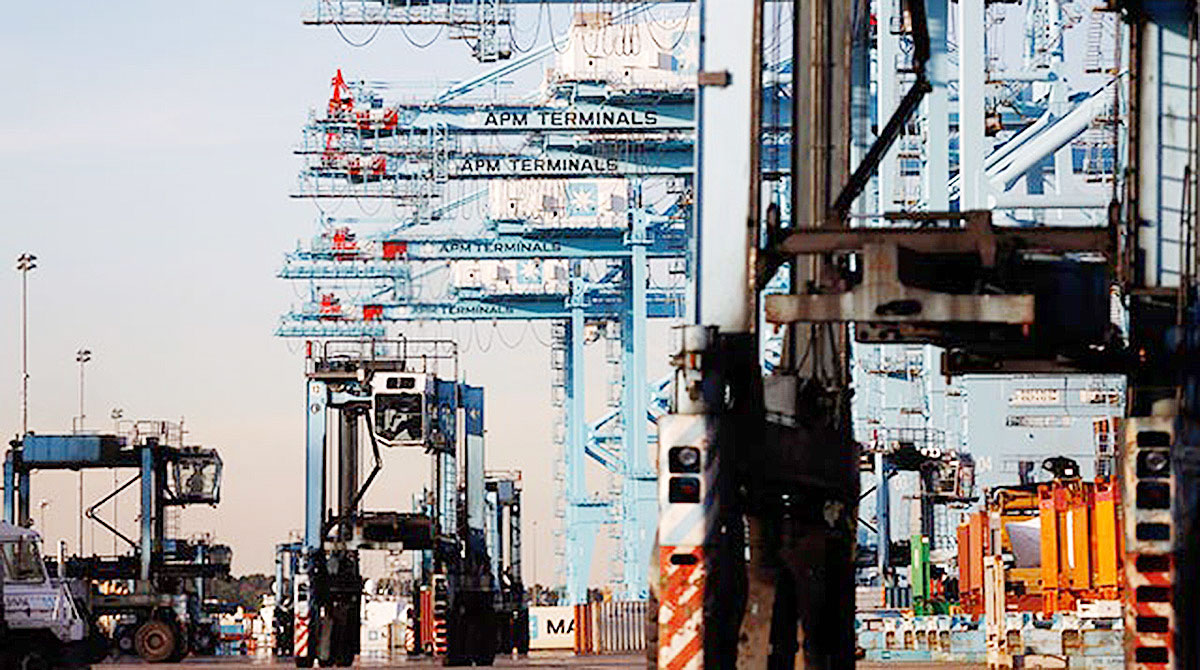 Port of Virginia by Luke Sharrett/Bloomberg

The Port of Virginia believes in the power of wind power.

Virginia Gov. Ralph Northam on Jan. 28 announced an agreement to make the Portsmouth Marine Terminal a staging area for equipment and other materials owned by Denmark-based energy company Ørsted to expand its wind energy projects throughout the United States.

“This is a big step towards making Virginia a leader in wind energy and offshore wind manufacturing,” said Northam. “We welcome Ørsted and look forward to the tremendous opportunities ahead of us.”

Humbled by the opportunity to work alongside @GovernorVA and @Orsted to help make the Commonwealth a leader in wind energy and offshore wind manufacturing. #Sustainability #StewardsofTomorrow https://t.co/fg2AXYaAJD pic.twitter.com/Au04lprN9d — The Port of Virginia (@PortofVirginia) January 28, 2020

They said the agreement could be worth as much as $13 million in lease payments and result in site improvements at the facility worth another $20 million for cranes and other equipment to load the heavy turbines, pre-assembly, staging and shipping.

The agreement runs through 2026, and it initially calls for Ørsted to lease 1.7 acres of the facility, but there is an option to expand to 40 acres as the project grows.

Port of Virginia officials say they see future growth opportunities for the trucking and freight industry to transport equipment from that location to other parts of the country.

The offshore site is scheduled to be operational this year, and it will be located in federal waters, some 24 miles from Virginia Beach. The turbines will rise some 600 feet from the surface of the water.

“It is our hope that today’s announcement demonstrates the potential we see in Virginia as a central player in the burgeoning U.S. offshore wind industry,” said Thomas Brostrøm, CEO of Ørsted North America, Offshore.

As part of its announcement last year, Dominion Energy said it plans to eventually create a 220-turbine wind farm off the coast of Virginia Beach by 2026, which would make it the largest in the nation. The utility says it wants to cut its carbon emissions by 55% by 2030 and 80% by 2050.

“This is a strategic decision by leaders in the offshore wind industry to take advantage of Virginia’s world-class port,” said John Reinhart, CEO of the Virginia Port Authority. “The result is job creation, economic investment, diversification of the Virginia economy, and clean, renewable energy.”