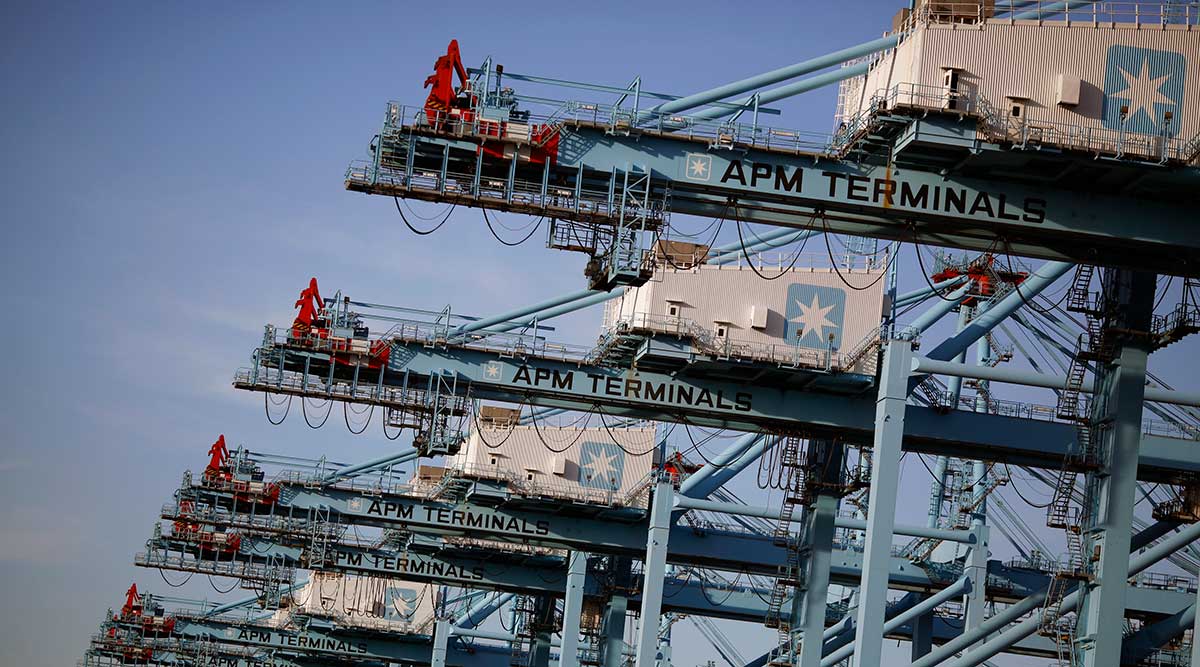 August turned out to be yet another record month for the Port of Virginia.

That’s a gain of 2.2% from the same month a year ago, making it the port’s best August ever.

If it seems like you’re reading the same story about the port, month after month, it’s because you are, for the most part.

The trend really kicked in in August 2016, continuing through this year. For seven of the last eight months – the only exception appears to be February, by a hair – the port has posted record-setting monthly container volumes.

May was its best-ever month, period.

While one might assume that all this good fortune is unique to Virginia, a look at other ports shows a bigger trend.

“Growing imports at the nation’s major retail container ports set an all-time monthly record this summer, and 2017 is expected to reach a new yearly record,” according to the monthly “Global Port Tracker” report, released Sept. 8 by the Washington-based National Retail Federation and Hackett Associates, a consulting firm.

“Consumers are buying more, and retailers are scrambling to import more merchandise to keep up with the demand,” Jonathan Gold, federation vice president for supply chain and customs policy, said in a statement. “Docks have been busier than ever as ships unload cargo headed for store shelves, and that’s a good sign both for retail sales and the nation’s economy.”

Other ports haven’t announced their August numbers yet, but it has been the same story at other’s: Savannah, Ga., and Charleston, S.C., on the East Coast; and Los Angeles and Long Beach, Calif., on the West Coast, the No. 1 and No. 2 ports in the nation.

The Port of New York and New Jersey – the nation’s third-largest port – posted its best June ever and its second-highest month on record.

Charleston, the ninth-largest port in the nation, posted consecutive monthly TEU-volume records from January through July; Savannah, the fourth-largest U.S. port, did the same, with the exception of March and April.

So what’s going on?

About five years ago, ports all along the East Coast were jockeying for position to deepen channels and improve landside infrastructure before the expanded Panama Canal’s opening in 2016.

Because the expanded canal would be able to handle ships 2½ times bigger than before, the thinking at the time was that shippers would shift more Asian cargo away from West Coast ports to East Coast ports through the canal.

Yet the theorized big diversion of cargo from West Coast to East Coast apparently hasn’t been playing out.

There really hasn’t been a marked shift from the U.S. West Coast to East Coast so far, he added.

Davidson said a number of U.S. ports that posted significant percentage growth figures got a boost from comparisons to a weak 2016 period.

He cited New York and New Jersey, Savannah, and Charleston on the East Coast, “but not Virginia where the volumes held up well in 2016 and so the 2017 (year-to-date) percentage growth is more ‘real,’ ” adding, “that said, all of the major (East Coast) ports have recorded significant absolute volume growth so far in 2017.”

Statistics from New York and New Jersey, Savannah, and Charleston show that the January-July 2016 period used to generate year-over-year percentage growth figures with this year included at least five months in which volumes had dropped from the same period in 2015.

Virginia had only three months in that 2016 period in which volumes had dropped from the previous year.

Davidson said Drewry’s global port-growth tracking shows its rolling annual average growth rate has been climbing for the last year and hit 5% in the second quarter of 2017.

Import-loaded TEUs in August at the Port of Virginia were up 5.5% from the same month a year ago, while export-loaded units fell 10.7%.