Port of Virginia Breaks Another Yearly Record for Container Volume 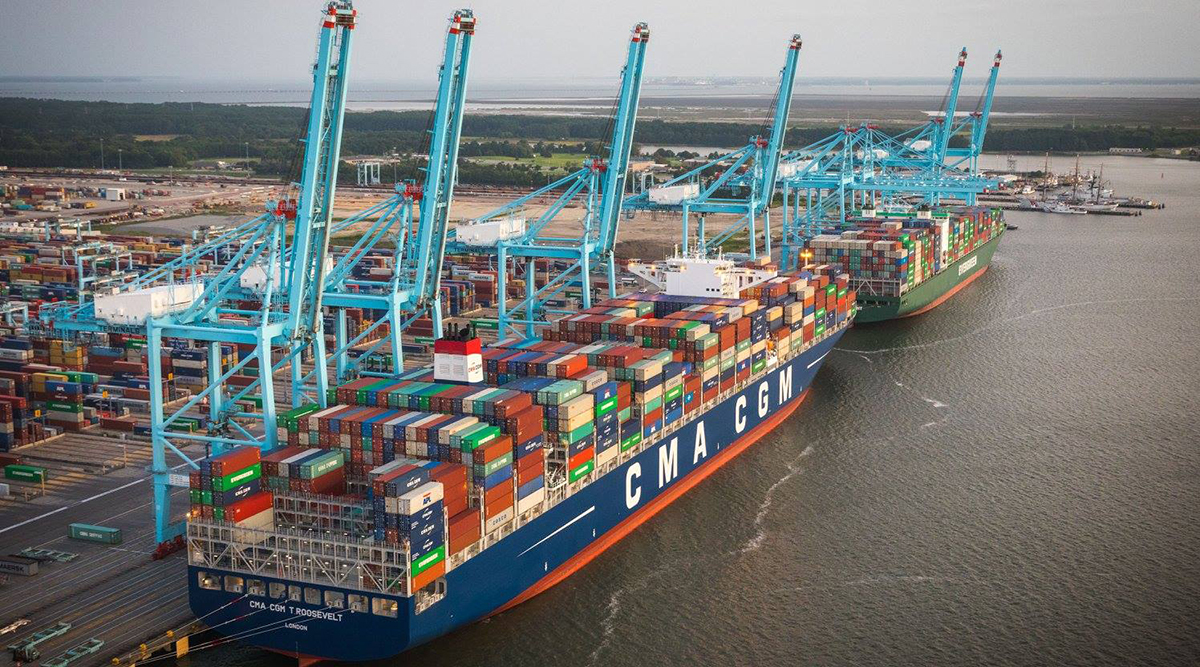 The Port of Virginia just finished its best year ever for container volume, having moved 2.84 million TEUs, or boxes as measured in standard 20-foot units.

It’s the sixth year in a row that the port has posted best-ever TEU volumes, a string of records that began in 2012.

Loaded-import TEUs for 2017 were up 8.6% from the year before, while loaded exports were up about 1%.

“In 2017, we moved 185,000 more TEUs than we did in 2016, which until now, was our highest volume year on record,” said John Reinhart, CEO and executive director of the Virginia Port Authority, in a statement.

Reinhart noted that the volume growth came in a year in which the port began to undertake the largest infrastructure projects in its history: the $320 million expansion of Virginia International Gateway in Portsmouth and the build-up of its Norfolk International Terminals facility, helped by a $350 million state-backed bond package.

The port’s 2017 container-volume performance brings it just under its capacity, which including Portsmouth Marine Terminal, is a little under 3 million TEUs, according to the port’s website.

Breakbulk tonnage – containerized cargo packed in or on bales, drums or pallets – fell 8.5%, year over year.

Loaded import TEUs for the month were up 8.3%, year over year, and loaded exports gained 3.8%.

Other ports are reporting good news, too.

From January through November, the Port of Savannah in Georgia showed year-over-year TEU volume growth of 11%, the Port of Charleston in South Carolina was up 8.9% and the Port of New York and New Jersey saw a 7.7% gain.

As of Jan. 10, none of those ports had posted December or year-end numbers.

On the West Coast, the Port of Los Angeles, the nation’s busiest port, reported January through November TEU volume growth of 6.3% compared with the same period in 2016.

The Port of Long Beach in California, the nation’s second-busiest port, reported 10% year-over-year TEU growth for the same period.