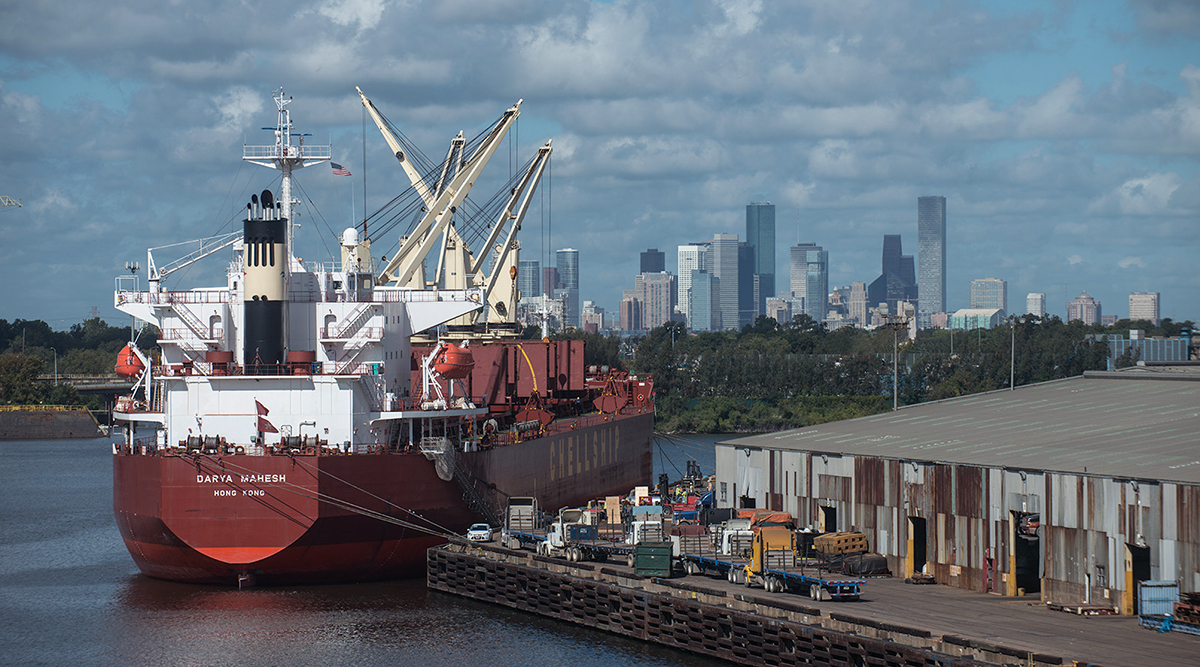 The National Retail Federation said Jan. 5 that retail imports surged in Houston and other U.S. ports amid a rise in consumer confidence and spending.

Major container ports across the nation are estimated to have handled 20.1 million twenty-foot equivalent units — or standard containers — last year, up 7% from 2016, according to a report by Hackett Associates.

RELATED: Ports, railroads tout victories on the tax law to their industries

Hackett Associates founder Ben Hackett said in a statement that last year’s growth in imports was “one of the strongest increases we’ve seen since the end of the Great Recession.”

Port Houston reported last month that it handled a projected 2.4 million containers last year, up 14% from 2016. The Port Authority reported strong growth in container cargo throughout the year and is now investing hundreds of millions of dollars to improve its two container terminals and expand its overall capacity.

The growth follows a year of job gains across the state and the country. The Texas unemployment rate fell to a record low in November, and nationally, the figure ticked to its lowest level in years.

The growth also follows a series of changes in ports and waterways throughout the hemisphere. The Hackett report noted that the $5.3 billion Panama Canal expansion, completed in June 2016, has already boosted the number of container ships from Asia arriving at East Coast ports.

Port Houston began receiving more container cargo just a few months after the expansion. In late 2016, the port reported that it had increased business through the Panama Canal by securing a third weekly liner service from East Asia, and it reported consistent growth in container volume throughout 2017.