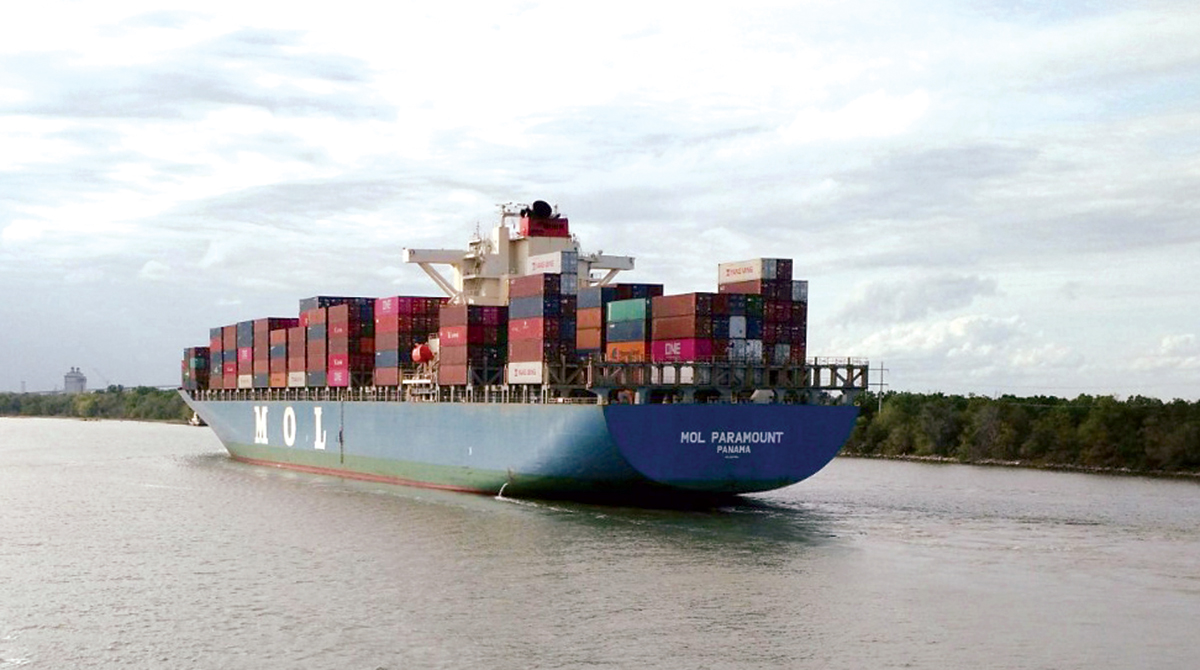 A containership heading to Port of Savannah. (Peggy Smith/Transport Topics)

SAVANNAH, Ga. — The Port of Savannah has added another month to its streak of record cargo volumes amid a surge that has forced U.S. seaports to scramble to meet demand.

Business has been booming at U.S. seaports as the economy rebounds from the coronavirus pandemic, retailers rush to keep their inventories stocked and online shopping continues to grow.

The port authority reported last month that Savannah saw a 20% increase in shipping containers for all of 2021, when it handled a record total of 5.6 million TEUs.

The Port of the Savannah is the fourth-busiest U.S. seaports.