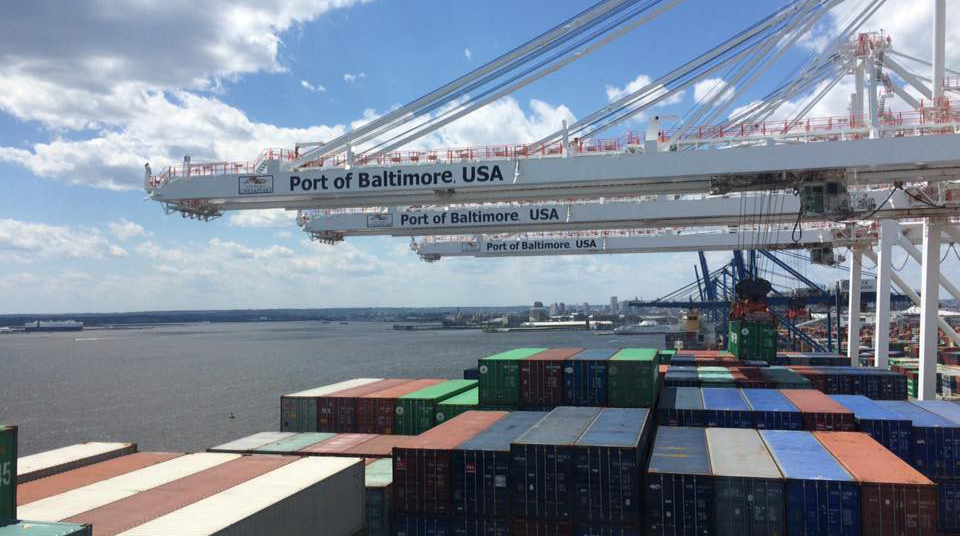 The records represent a 6% increase in general cargo and a 9% increase in container volume from the previous fiscal year, according to the port administration.

“The Port of Baltimore is a leading economic engine for our state and continues to benefit from a tremendous year,” Gov. Larry Hogan said in a statement. “Our administration will continue to ensure the Port remains one of the busiest ports in the nation.”

A 13% increase in paper materials was responsible in part for the port’s general cargo increase. That increase was driven by demand for packaging materials, port spokesman Richard Scher said.

Low demand for mining and construction equipment caused a 7% drop in the volume of roll-on/roll-off cargo, Scher said.

Cars, which remain the Baltimore port’s top commodity, slipped 2% from the previous fiscal year, which had been a record high for the port, he said.

“We’re still expecting a strong year for autos to finish this calendar year 2017 and optimistic we will remain the No. 1 U.S. auto port,” Scher said.

The port handled 5.3 million general cargo tons in the first half of the 2017 calendar year, the most in its history.