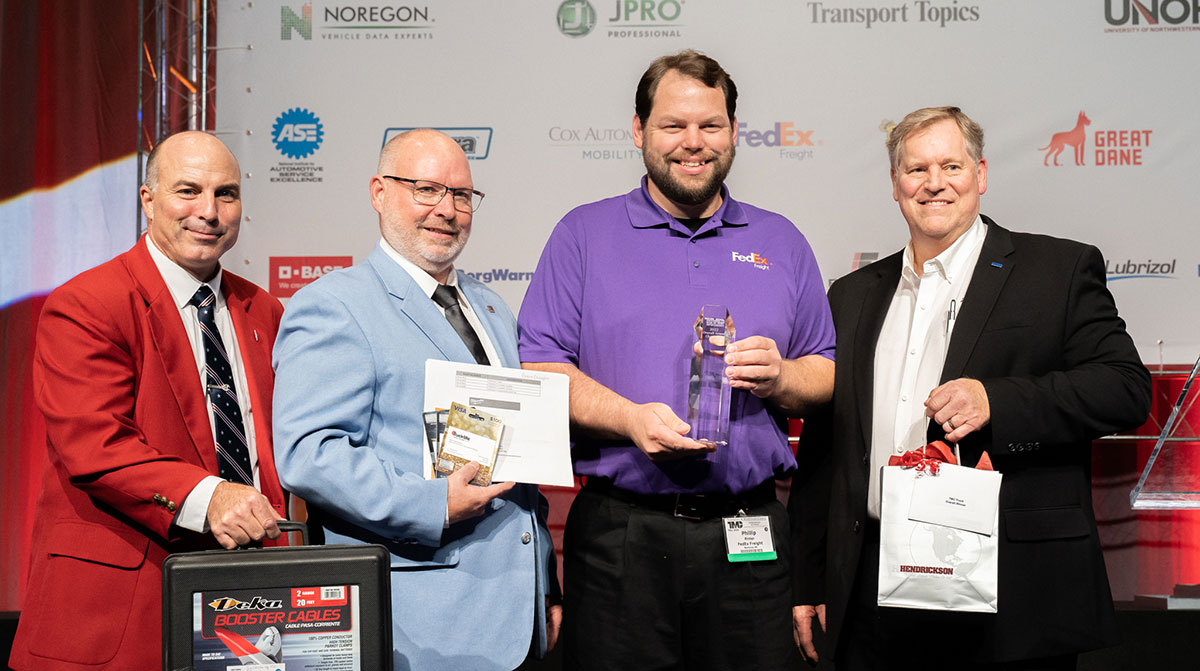 CLEVELAND — During the TMCSuperTech national technician skills competition, FedEx Freight’s Phillip Pinter had his name called often. On the first day of competition, he won four station awards. After the second and final day, Pinter’s name was called again as the 2022 grand champion.

He beat out more than 120 technicians who competed for the top spot during American Trucking Associations’ Technology & Maintenance Council Fall Meeting and National Technician Skills Competition on Sept. 27. TMCSuperTech winners were announced during the evening’s award ceremony 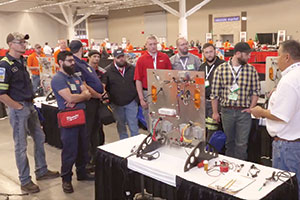 An official talks to the competitors at a testing station before they begin. The 2022 TMC SuperTech was the first gathering since 2019. (SunJae Smith/American Trucking Associations)

A full-strength TMCSuperTech marked the first gathering since 2019. COVID forced the TMC Annual Meeting to go virtual in the spring of 2020 and restricted the Fall Meeting’s technician skills competition to just a written test.

The first full day of this year’s competition had technicians moving through various stations and testing their knowledge via written exams focusing on preventative maintenance repair.

One of the qualifiers, Pablo Castillo, a Frito-Lay North America diesel technician from Kathleen, Ga., said this year’s competition was stiff.

You have the experienced techs in the competition, but you also have the young ones who are already up to speed.

“It’s very competitive,” said Castillo, who competed in his second year. “You have the experienced techs in the competition, but you also have the young ones who are already up to speed.”

Castillo, who placed 75th last year, felt he improved in some of the stations but was realistic when asked if he thought he could win the grand champion prize.

“If I place in the top 50%, I’ll be satisfied,” he said. “This competition is tough. There are areas [in the testing stations] that you don’t see every day.”

SuperTech Chairman Randy Patterson noted the importance of the student competition with former winner Greenwood proving to be a formidable contender as a professional. In addition, he mentioned at the award ceremony that one-fourth of FutureTech competitors were women.

The TMCSuperTech competition was part of the TMC Fall Meeting that was held at the Huntington Convention Center of Cleveland. 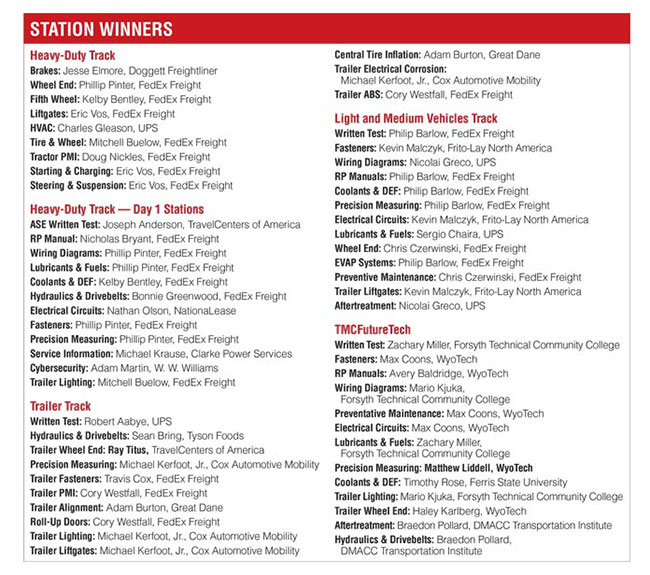