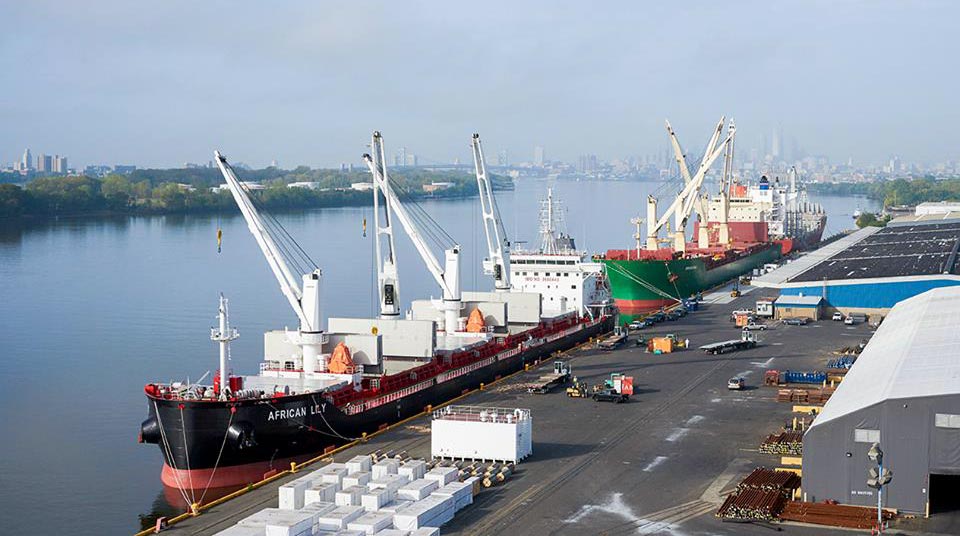 The Philadelphia port continues to be on a roll, with more containerized freight, more liquid bulk cargoes, and more cars arriving at Philadelphia’s 15 piers and terminals on the Delaware River.

In July, the most recent month for which statistics were available, overall cargo tonnage was up 12%, while freight arriving in 20- and 40-foot metal containers rose 15% compared with the same month last year, port officials said.

Across all the nation’s ports, imports increased 6.6% in July on higher shipments from Asia, the fifth straight month of growth, said the research firm Panjiva, which tracks commercial shipments worldwide.

In Philadelphia, the biggest increases were in goods from Chile, Peru, and Brazil. During the first six months through June, container growth in U.S. East Coast ports was up 11.2%, while container volumes in Philadelphia were up 19.2%, according to PhilaPort, a state agency that owns piers and terminals on the Delaware.

Soon there will be another new shipping service. CMA CGM, a French container shipping company, is partnering with Seatrade, which specializes in refrigerated cargoes, and the French shipping line Marfret to bring refrigerated goods, such as fruit and meat from Australia, to Peru and then through the Panama Canal to Philadelphia.

“From Peru, the first stop will be Philadelphia. It’s going to be a quick transit time,” Mahoney said. “Things like asparagus and blueberries that had previously gone by air can now go by ocean. It opens up the market, and expands our strengths as a refrigeration port.”

The boost in shipments has coincided with the expanded Panama Canal, and the completion of the 103-mile-long deepening of the Delaware River navigation channel from 40 to 45 feet, allowing bigger ships to come up the river.

The Maritime Exchange for the Delaware River and Bay said 1,657 ships arrived at piers and terminals on the Delaware in the first eight months this year, compared with 1,638 a year earlier, an increase of 19 ships.

Last August, with the Panama Canal expansion completed, Mediterranean Shipping Co. began a freight route to Philadelphia hauling blueberries, grapes, other fruit, and cargoes from Chile and Peru, a business that used to go to Baltimore and Newark, N.J.

In January, the fruit company Fyffes began shipping bananas, plantains, and pineapples from Costa Rica and Colombia in containers on SeaLand, a carrier of the Maersk Group. The fruit previously came on pallets, known as “break bulk” cargo, to Pier 82.

In late June, a second ship berth opened to handle Hyundai and Kia automobile imports at Pier 122. Car vessels now dock at Pier 122 and at Packer Avenue terminal. The result is auto imports were up 8% in July and are projected to hit 200,000 a year, up from 150,000. Liquid bulk cargoes arriving at the port rose 40% in July. They included the chemicals ethanol, acetone, and cumene and paraffin wax, Mahoney said.

The port is benefiting from a $300 million capital investment, announced last fall by the Wolf administration, to fix ship berths, buy new cranes, and update and relocate warehouses. The changes are designed to expand cargo-handling space and expected to create 2,000 waterfront jobs and nearly 7,000 total jobs for truckers, rail workers, suppliers, and port-related businesses.

“Global economies, coupled with the nearing completion of the 45-foot deepening project, facility upgrades and expansions, and the reopening of once-shuttered [Pier 122] all suggest that the Delaware River port community is well-positioned to increase its market share,” Maritime Exchange president Dennis Rochford said in a recent newsletter to the port community. “The port is extremely busy.”