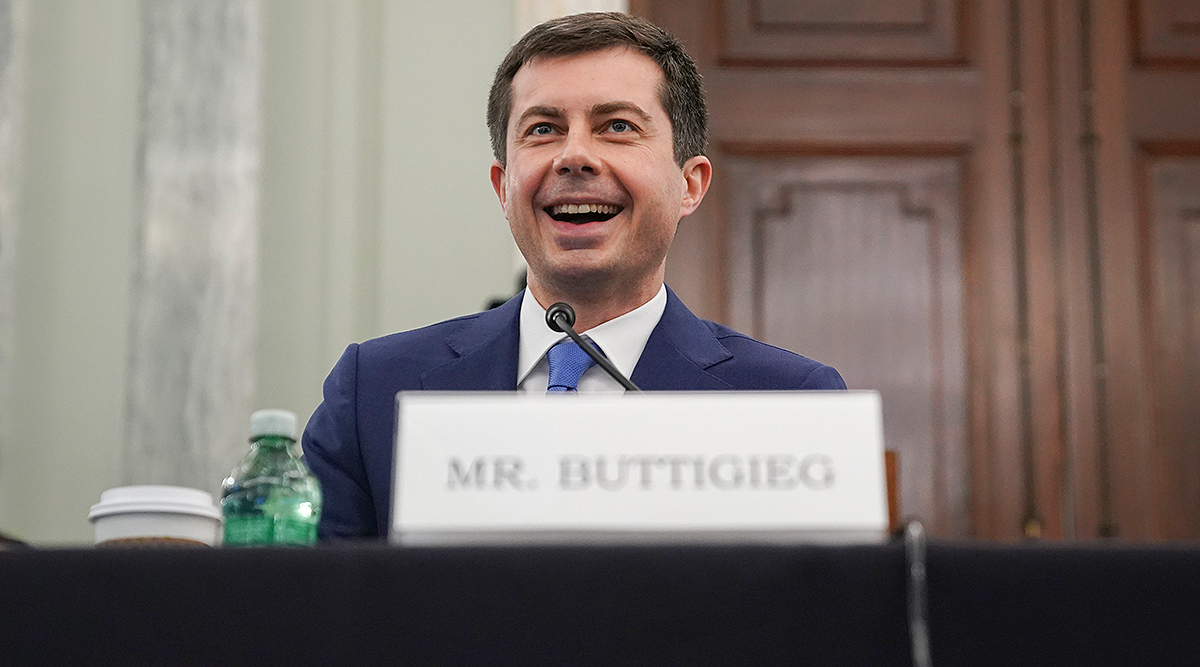 Awaiting action before the U.S. Senate is the nomination of former Mayor Pete Buttigieg to become the country’s next secretary of transportation.

A Senate panel on Jan. 27 easily advanced Buttigieg’s nomination to the floor. The Senate confirmation vote is set for Feb. 2 at noon ET.

President Joe Biden has asked Congress to swiftly confirm nominees for his Cabinet to staff his federal leadership apparatus. His administration is responding to the coronavirus pandemic and aims to kick off a policy agenda that will include infrastructure matters.

Vote Scheduled: At 12:00pm on Tuesday, February 2nd, the Senate will proceed to a vote on confirmation of Executive Calendar #5 Peter Paul Montgomery Buttigieg to be Secretary of Transportation. @USDOT — Senate Cloakroom (@SenateCloakroom) January 28, 2021

Most senators on the Commerce Committee, a panel with jurisdiction over trucking policy, support Buttigieg’s nomination. The lawmakers cited the nominee’s fluency in national transportation affairs, as well as his insight into municipal concerns. Buttigieg, a presidential aspirant last year, was mayor of South Bend, Ind.

“I look forward to seeing Pete Buttigieg confirmed by the full Senate and working with him in his new role as secretary of transportation,” outgoing committee Chairman Roger Wicker (R-Miss.) said. “Transportation issues historically have been addressed on a bipartisan basis, and I expect to continue that practice with Mr. Buttigieg.”

Incoming committee Chairwoman Maria Cantwell (D-Wash.) remarked, “As someone who had served our country, as a U.S. Navy reservist, including deployment in Afghanistan, he also, as a Rhodes Scholar, showed impressive understanding of the future of our transportation policies and the major changes that they are going through.”

She continued, “He understands what all of us have to deal with on transportation and infrastructure.”

The committee voted 21-3 to move the nomination to the Senate floor.

Responding to questions from the committee, Buttigieg explained USDOT “must work with Congress and the White House to develop and deliver bold, transformative infrastructure plans to create jobs and strengthen our country’s economic competitiveness.”

And we must do so equitably, recognizing that transportation policy can either deepen or diminish the effects of racial and economic inequality in our country,” he said.

He explained that the U.S. Department of Transportation “must prepare for the future.”

“This means meeting new and heightened expectations for transportation and travel in America to be part of the solution to our climate challenge,” Buttigieg said.

If confirmed, he will be tasked with delivering a robust infrastructure plan anchored on climate change priorities. Biden’s plan, referred to as “Build Back Better,” is likely to be unveiled in February and total about $2 trillion.

“A key plank of our Build Back Better recovery plan is building a modern, resilient climate infrastructure and clean energy future that will create millions of good-paying union jobs — not $7, $8, $10, $12 an hour, but prevailing wage and benefits,” Biden said Jan. 27. “We can put millions of Americans to work modernizing our water systems, transportation, our energy infrastructure to withstand the impacts of extreme climate.”