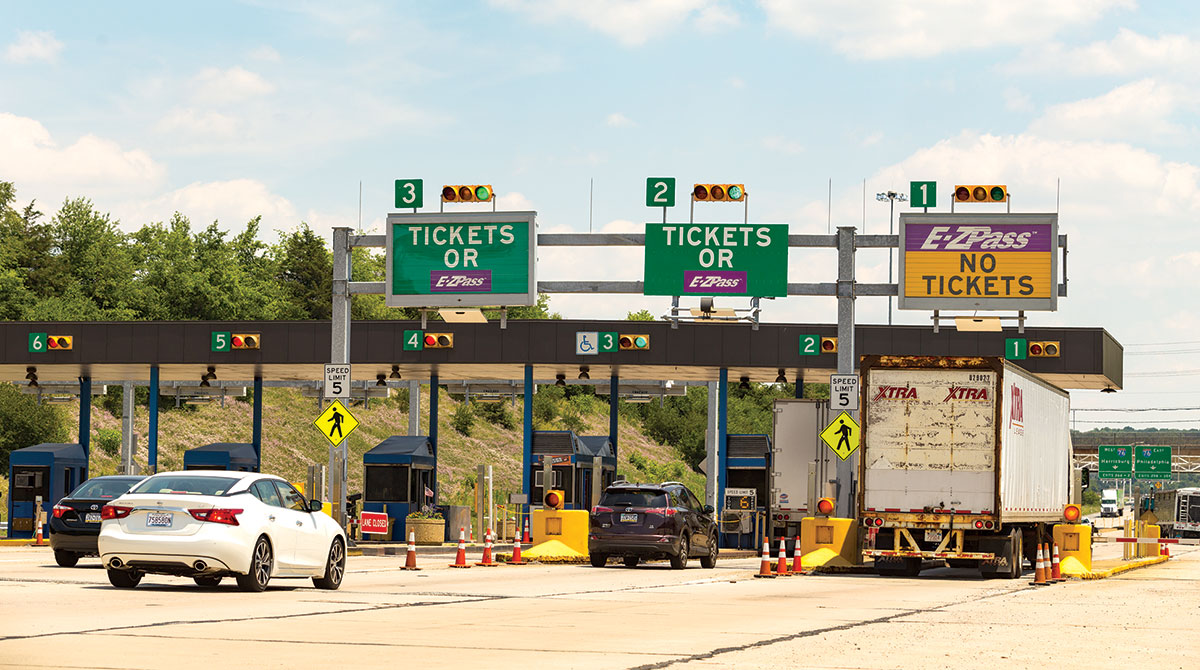 Trucks move through the toll on the Pennsylvania Turnpike. (George Sheldon/Getty)

Forty years ago, Pennsylvania became a leader in self-driving vehicles when it deployed one to help clean up the nuclear accident at Three Mile Island in Harrisburg.

Jahanian spoke in strong support Jan. 5 of bipartisan legislation that will allow companies to test self-driving vehicles on Pennsylvania roads without a driver available to take over in an emergency. State Transportation Secretary Yassmin Gramian and state Sen. Wayne Langerholc (R-Johnstown) and chairman of the Senate Transportation Committee, unveiled the proposed legislation at a news conference at Mill 19 at Hazelwood Green.

The bill, Senate Bill 965, was introduced Jan. 5 with nine co-sponsors, including two Democrats.

In addition to research at Carnegie Mellon — which has been testing a self-driving vehicle for more than 10 years — Argo AI, Locomation (which is testing tandem freight trucks with one driver) and Aurora Innovation are each investing billions into research in the Pittsburgh area. In some instances, those firms have had to go to other states to test their products on active roads, something this legislation is designed to change.

If the bill is approved, Jahanian said, it could allow the state to become “a hub for the transformative technology of the future.” That could include not only testing technology developed here, but also manufacturing the components the emerging industry would need.

A recent study by the Greater Pittsburgh Chamber of Commerce and the Regional Industrial Development Corp., which is helping to develop Hazelwood Green at the former Jones & Laughlin steel plant, showed that attracting 1% of that industry to this region could generate an investment of $1 trillion and 5,000 jobs.

Langerholc agreed the industry could “yield massive results” for the region. 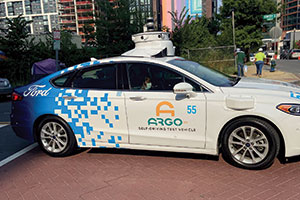 “We can send a message ... that the Commonwealth of Pennsylvania will be a leader in this emerging technology,” he said. “We dare to dream today ... to not settle for complacency.”

State Sen. Jay Costa, whose district includes Hazelwood Green, said the bill would “provide the legal framework” for the industry to develop locally.

“We have an opportunity to build on the success we’ve had here,” he said.

“We want (the technology developers) to build here,” he said. “If we don’t have this legislation passed, companies will be looking at going to other states.”

James Murphy, vice president for governmental affairs for Locomation, said the company hopes to begin deploying tandem freight trucks, with one driver in the front vehicle while the other sleeps in the second truck, by the end of the year. The company was developed by former CMU personnel.

In a statement, Argo AI said it was “grateful” for the legislation.

“This essential legislation will allow Argo to advance our mission to develop autonomous vehicle technology that will have a positive impact on communities all over the world and help keep Pennsylvania and Pittsburgh at the forefront of the robotics industry,” the statement said.