Pennsylvania Turnpike Will Hike Tolls for Each of the Next 27 Years, Driving Away Users, Analyst Says 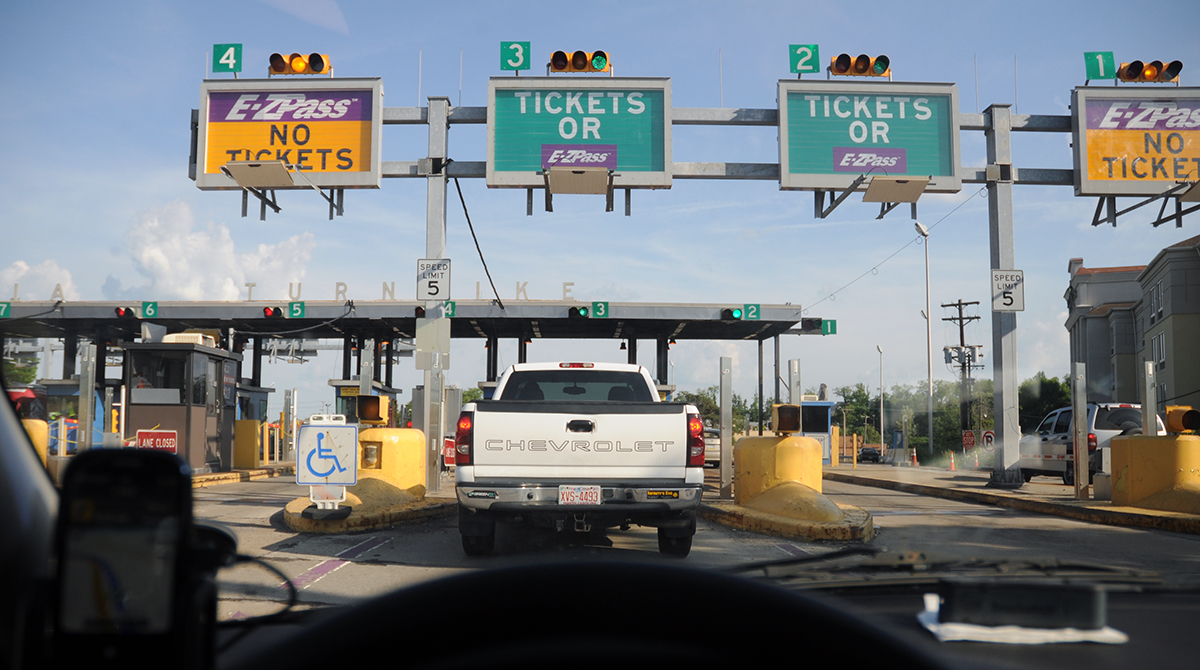 But the 6% hike — and the 27% more the turnpike commission expects annually in the years ahead — will likely drive more users away, making it tougher to meet the highway’s revenue targets, warns municipal bond analyst Eric Kazatsky of Bloomberg Market Intelligence.

Car and truck traffic on the Pennsylvania Turnpike rose just 0.3% over the last year, far below the Federal Highway Administration’s national average of 1.79%, Kazatsky noted in a report to clients.

The commission’s own “assumptions for traffic growth on the Pennsylvania Turnpike may be overly optimistic,” he added. “While the tollway’s traffic has increased an average of 0.43% a year since 2004, it projects a growth rate of 1.26%” to make its required payments — or three times the recent yearly traffic increase.

Despite the shortfall, Moody’s Investors Service on June 29 assigned a “stable” A2 rating on new sales of Pennsylvania Turnpike refunding bonds, noting the state Motor License Fund must pay bondholders if the turnpike has trouble raising the money from tolls.

“We are fine with the 1.26% long-term traffic growth rate projection,” turnpike spokesman Carl DeFebo told me. “Other toll roads have projected traffic growth patterns at this same level, according to Fitch Ratings.” He noted the Turnpike Authority has had no trouble selling its bonds, “so I don’t think investors are concerned.”

Of course, drivers may have a different feeling. The authority expects annual increases through 2044, not only to pay for maintenance and subsidize mass transit, but also to pay interest on more than $11 billion in toll-revenue bonds financing previous payments for road maintenance and mass transit. “Annual toll rate increases will be needed to fund increasing debt service levels,” DeFebo said.

Will drivers cooperate? The turnpike faces competition from free interstate highways, including I-80, which crosses the northern part of the state, and such roads as I-78 and I-81. Those free roads have attracted a string of giant warehouse districts, where companies including Amazon and Walmart have set up fulfillment centers that can receive imports and ship deliveries to mid-Atlantic customers without having to pay full-length turnpike tolls.

Ron Rotondaro, of Collingdale, Pa., says rising turnpike tolls taught him to seek out free alternate highways for motorcycle weekends in Gettysburg, Jim Thorpe, and other towns north and west. He takes the free Blue Route (I-476) until it runs into the turnpike’s Northeast Extension, then takes the second exit to Quakertown and a short jog to I-78. From there, “I take (Pennsylvania) 33 to go north to I-80,” or “I head west on I-78 to get to I-81; I take any number of roads off I-78” to reach Bloomsburg.

Pennsylvania’s past efforts to toll more interstates have been frustrated by the Federal Highway Administration, which can prevent states from tolling additional highways because the federal gas tax supports interstate maintenance. Road advocates complain, however, that the federal gas tax, frozen at 18.4 cents a gallon since the early 1990s, has not kept pace with highway repair and replacement expenses.

One busy freeway where drivers are paying tolls for the first time is the $396 million replacement road for the I-95 toll bridge on the Delaware River. While the current bridge has been run as a free road, the replacement bridge now rising to its north will be tolled electronically, with cars photographed and bills mailed to drivers who don’t have E-ZPass.

Also on July 18, the New Jersey Turnpike Authority priced $650 million in revenue bonds (Series 2017-B). Loop Capital Markets said investors agreed to purchase the issue at a yield of 2.01%, with a 5% coupon in 2025 — that’s a spread of 30 basis points over top-rated municipal bonds — with higher yields for later maturities. The relatively tight spread is “well within expected range,” and a sign of the New Jersey Turnpike’s long-term fiscal stability, analyst Kazatsky told me.

Unlike in Pennsylvania, a slow-growing state where local drivers compose a large share of the toll traffic, in New Jersey, “40% of [turnpike] revenue is coming from out-of-state users, helping insulate the turnpike” from New Jersey’s local economy, Kazatsky concluded.