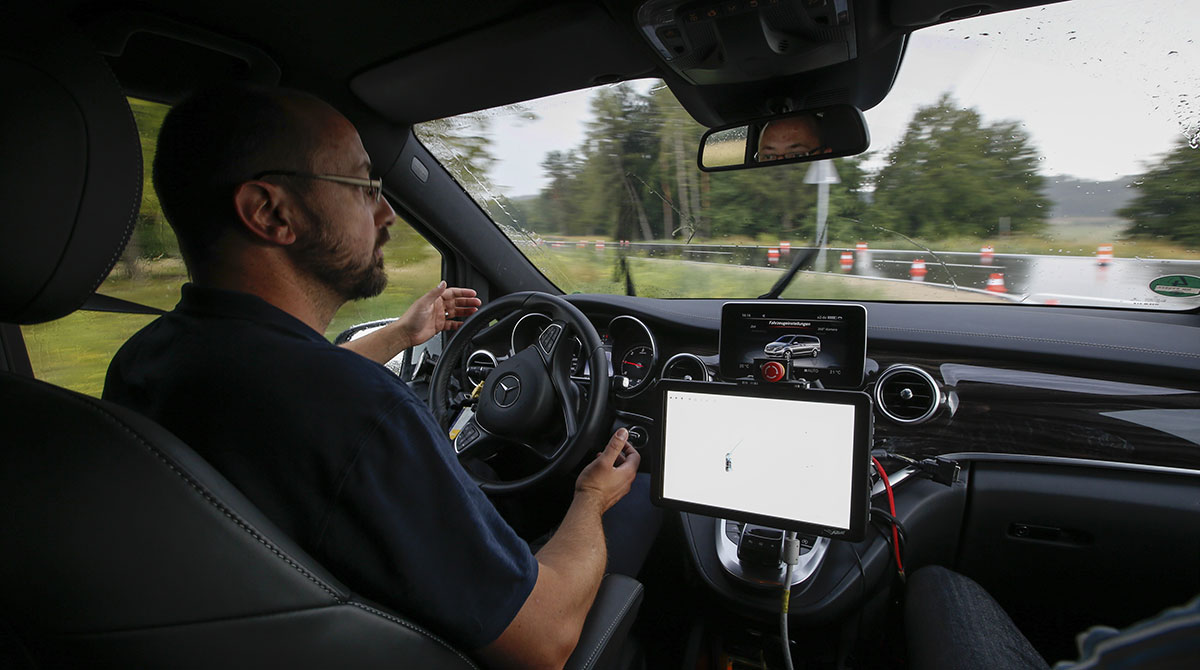 Self-driving car companies testing in Pennsylvania may have to have a second safety engineer in the passenger seat if they want to comply with new state guidelines.

Updated voluntary guidelines released last week from PennDOT ask that companies have a second person in the car when traveling faster than 25 mph or provide a solo driver with extra safety training.

The guidelines also ask companies to submit a “Notice of Testing” with information about the company, the vehicles it intends to test and where, and who will be behind the wheel. PennDOT also asked the companies to submit a safety plan and data about the number of miles driven, where and how many new jobs, and how many new buildings were built because of autonomous vehicle testing.

Self-driving car companies testing in Pittsburgh said they had to look over the updated guidelines before commenting on specifics. Only Aurora Innovation said it that it looks “forward to submitting our application for testing.”

“Aurora is grateful for Secretary [Leslie] Richards and PennDOT’s efforts in creating a balanced framework for the safe testing of autonomous vehicles in the commonwealth,” the company said in a statement. “We will continue to work with PennDOT and other stakeholders to ensure Pennsylvania remains a global leader in this emerging industry and to deliver the benefits of this technology safely, quickly and broadly.”

Statements from Argo AI, which is developing self-driving technology for Ford Motor Co. and Uber Technologies, which last week restarted its autonomous vehicle tests in Pittsburgh by putting its fleet back on the road in manual mode, echoed Aurora’s in thanking PennDOT for the guidelines and looking forward to working on them.

Uber expects it will want to comply and has implemented several of the new guidelines in its safety updates, a company spokeswoman said.

The guidelines — PennDOT can’t regulate the testing of self-driving cars without authorization from the state Legislature — take effect Aug. 1. Richards expects all companies testing in Pennsylvania to comply.

“While we await legislative action on our request for permanent authorization, our new guidance underscores our expectation that companies are taking every possible step to prepare their vehicles and personnel for on-the-road testing,” Richards said in a statement released this week.

Phil Koopman, co-founder of Edge Case Research, which develops simulation software for self-driving cars, and a professor of electrical and computer engineering, said there is a lot to like about PennDOT’s new guidelines. Koopman is not part of PennDOT’s Autonomous Vehicle Task Force but has talked to transportation officials about how to design safety guidelines for autonomous systems.

The key, Koopman said, is making sure the driver behind the wheel can keep the vehicle safe during testing of autonomous systems.

“You expect it to fail,” Koopman said. “You have to be ready for it fail, and if you’re not ready, that’s a failure of the safety planning.”

Koopman said company’s testing self-driving cars need to prove safety systems they are putting into their cars are going to keep the cars safe. He said that should not require companies to disclose sensitive information regarding how their autonomous systems work, only their driver safety systems.