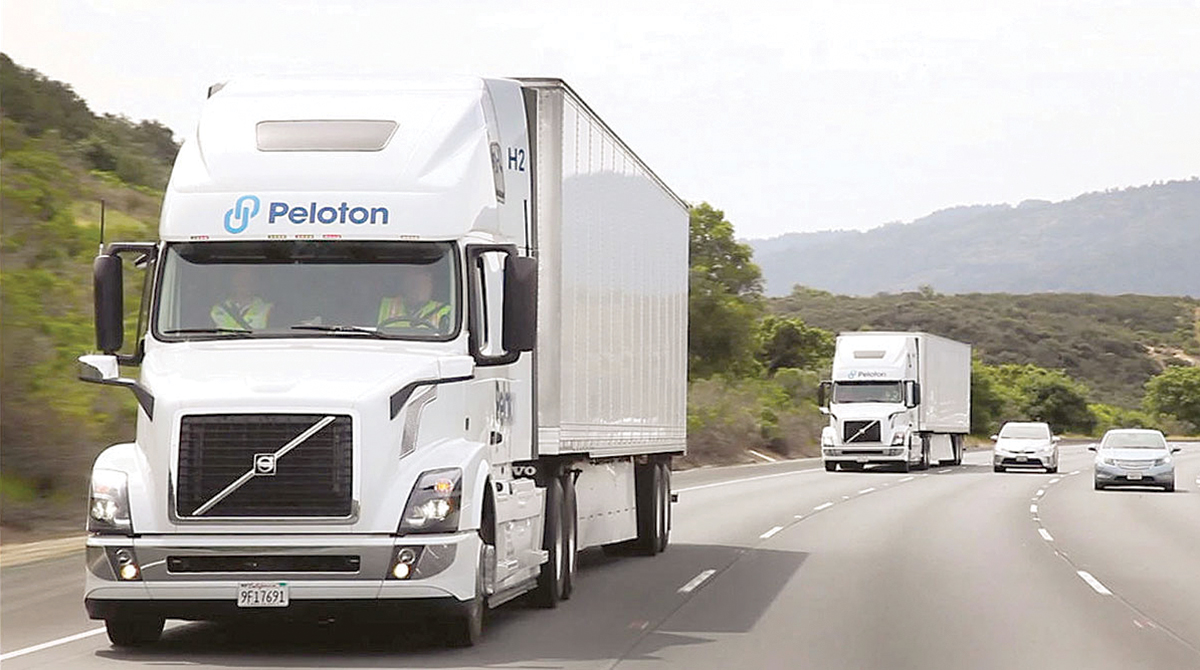 Volvo VNL 670 trucks on I-96 in Michigan during a Peloton platooning demonstration. (Peloton Technology)

Proponents of truck platooning have touted its potential efficiency gains for years, but 2018 could bring actual commercial applications after successful demonstrations of the driver-assisted technology last month in Florida and Michigan by platooning developer Peloton Technology.

Peloton is predicting it will go live with a commercial customer around midyear, probably in Texas. Plans call for a large carrier to conduct a point-to-point 250- to 300-mile linehaul with pairs of trucks using the company’s technology, said Rod McLane, marketing vice president of the Mountain View, Calif.-based firm.

“They could send 20 trucks a day from Houston to Waco,” said McLane, who declined to identify the carrier. 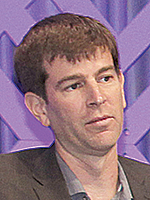 Skeptics will note that Peloton has made bold predictions before. Josh Switkes, the firm’s co-founder and president, said at American Trucking Associations’ Management Conference & Exhibition in 2016 that it would have trucks operating on highways in 2017. The company did have demonstration projects on the road last year, just not in commercial operations.

“I see fleets lining up. They want it. This is the year that platooning happens in the U.S.,” he said.

Michigan could have trucking firms and the military operating with the technology this year, said Michele Mueller, senior project manager for connected and automated vehicles for the Michigan Department of Transportation.

“You may see more than one [operator]. There are different uses for this due to benefits like the fuel savings and safety,” she said.

Mueller added that Peloton could go live any day in Michigan as it has met all state requirements for operating there, but she noted that it would be asked to inform MDOT and the state police about a service launch so no one is surprised when two trucks are seen platooning on the highway.

Peloton emphasizes that drivers are essential to its system so it doesn’t eliminate human control of any vehicle. Its platooning setup includes a wireless vehicle-to-vehicle communications link between trucks that allows one to follow the other at a close distance to create a fuel-saving aerodynamic draft. The system offers in-cab audio and video displays for drivers in both trucks.

At a 40- to 50-foot following distance the system can reduce fuel use by 4% for the lead truck and 10% for the following truck, for a combined 7% reduction, according to the North American Council for Freight Efficiency. The National Renewable Energy Laboratory has pegged team fuel savings at 6.4%.

The demos in Florida and Michigan featured two Volvo VNL 670 trucks, with the second following about 60 feet behind. Michigan ran its demo on a single interstate, while Florida ran trucks in a shorthaul around Orlando and in a longhaul run from Orlando to Indiantown.

“The test went excellently. The technology is sound, and it worked well,” said Michael Shannon, director of transportation development with the Florida Turnpike Enterprise, a partner on the platooning pilot with the Florida Department of Transportation and the University of Florida. State police agencies also provide input and support.

For now, Florida law requires that trucks maintain a distance of 300 feet, so legislation modifying that will have to be passed before platooning is legal there, Shannon said. To that end, the Florida consortium will craft a report on the pilot with recommendations on moving forward and send it to appropriate committees at the Statehouse, he added.

The goal is to introduce a bill in the Legislature that builds flexibility in following distances.