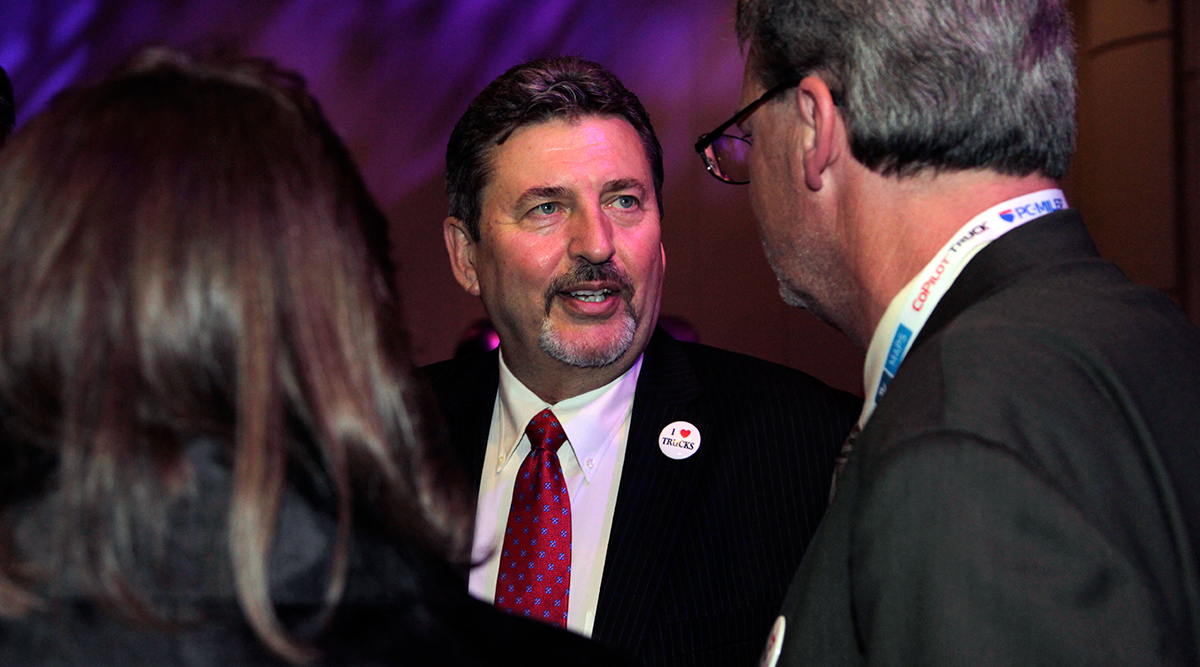 Although his term ended last week as chairman of American Trucking Associations, don’t count on Kevin Burch to fade away.

For the past year, the plain-spoken Midwesterner who “hearts” trucks has been traveling the United States telling trucking’s story while simultaneously managing his Dayton, Ohio-based company, Jet Express Inc., via iPad and cell phone.

Burch said he went on trips nationwide during his time as chairman, sometimes with ATA President Chris Spear, and sometimes alone. Throughout his tenure, he traveled more than 76,000 miles.

“I thought we really nailed it with the state visits on what ATA is doing for you,” Burch said. “But it’s just one year, and it ticks down fast because when you’re chairman you want to make sure you had an impact.”

Burch never really had an agenda, but believes he had a part in getting ATA “refueled” over the past year.

“ATA is more invigorated, and there’s renewed interest in the organization by some of the folks who were unsure about joining,” Burch said in an Oct. 25 interview, a day after ATA’s Management Conference & Exhibition ended.

Burch, who championed the industry’s message of safety, raised the profile of the Trucking Moves America Forward nationwide image campaign during his time as chairman.

“We have a lot of stories to tell about our industry, and unfortunately a lot of us just don’t say it,” Burch said. “I say don’t tell your story just once a year or once a month, tell it every day. We’re the No. 1 job in 29 states.”

It was during Burch’s reign as chairman that ATA got some face time with President Donald Trump on two occasions.

The first was literally a seat at the table in the White House with the president in March; the second was during a Trump tax reform rally surrounded by truckers earlier this month in Harrisburg, Pa. — when the president called out Burch’s name from the podium. 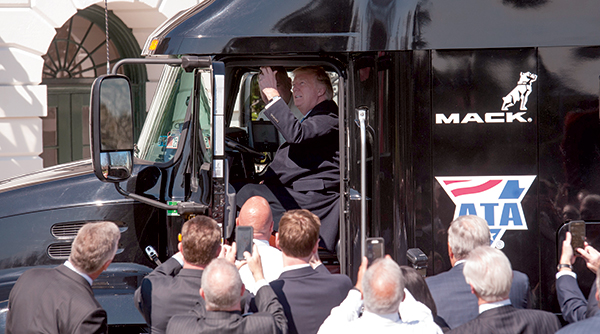 Trump toots the horn of ATA's Share The Road truck during ATA's visit to the White House. Photo by Joyce N. Boghosian.

One of his more satisfying accomplishments was to oversee the birth of an ATA mascot, “Safety Sammy.”

“Sammy’s in demand now. Kids and drivers want to have their pictures taken with him,” Burch said. “That’s going to take off in the next couple of years.”

On Oct. 24, the federation’s incoming chairman, Dave Manning, president of Nashville, Tenn.-based TCW Inc., helped Burch into a snug-fitting red coat that symbolizes his membership in an exclusive club of industry leaders.

He said he’s going to miss the opportunities to get away from Jet Express headquarters.

One of his favorite visits was to the National Truck Driving Championships in Orlando this summer.

So what’s next for Burch?

“I’ve been working on some projects I can focus a little more attention on,” he said. “I’m going to continue promoting the industry because it’s been so good to me.”