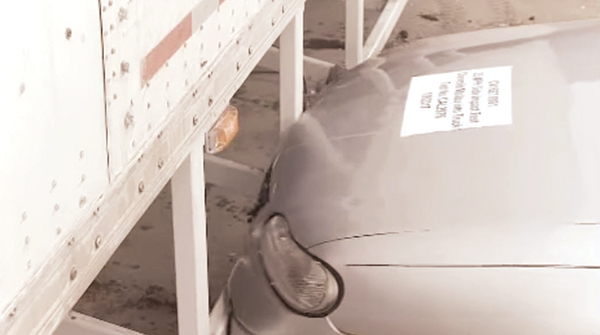 At least some organizations involved in commercial vehicle safety see it just like the movie “Field of Dreams.” If you build it, they will come.

In the case of semi-trailers, safety advocates, insurance companies and industry suppliers believe that if side underride guards are built, fleets will come and buy them. The metaphor is courtesy of the head of AirFlow Deflector Inc., the Montreal-based company making headlines this summer with its AngelWing trailer side underride guard.

Robert Martineau, CEO of AirFlow Deflector, has the optimistic view that many fleets will use the AngelWing trailer side underride guard due to its lifesaving potential. In my view, that’s too optimistic. The majority of fleets will adopt it only if and when forced by the government.

A government mandate of trailer side underride would level the playing field. At the same time, however, a mandate also would make trailers heavier, more expensive and more costly to maintain. This mandated use of heavier trailers also would increase truck traffic because more trailers would be needed to carry the freight displaced by the increased weight of the trailer. And the increased truck traffic could lead to more deaths and injuries on the road — not fewer. 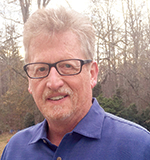 Whenever highway safety is discussed, it must be stated many factors play into crashes. And the outcomes too frequently are tragic. Nothing here should be construed to discount the precious nature of human life. We must also consider accidents will happen, especially with today’s population of distracted drivers — both car and truck drivers.

The Insurance Institute for Highway Safety, or IIHS, illuminated side underride on May 10, when it released dramatic video of two tests where a passenger car hit the side of a trailer at a 90-degree angle at 35 mph. One test was done with a guard, one without. Video of the test without an underride guard showed the car sliding almost completely under the trailer. The test with the guard shows the car being stopped from riding under the trailer.

In its comment about the test and call for side underride guards, American Trucking Associations noted the guards are “collision mitigation and not collision avoidance equipment, and ATA’s primary safety goal is to prevent crashes.” That’s a viewpoint I support.

The recent test grew out of research begun almost a decade ago to evaluate rear underride guards on trailers, IIHS said. It showed passenger cars that performed well in its crash tests did not perform well in real-world crashes at the rear and sides of trailers. Matt Brumbelow, senior research engineer, said its statistics showed car occupants represented 69% of fatalities in 3,382 car-truck crashes involving only two vehicles that took place in 2015. Brumbelow said IIHS is not in the business of designing “trailer guards or any safety products. Our job is to test what’s on the market.”

Martineau said the company developed the AngelWing between May and October 2016. By May 2017, the guard was tested by IIHS. The 800-pound steel guard is secured to the underside of a trailer’s frame and extends as low as an average car bumper, he said. The actual guard is behind a typical aerodynamic side skirt air deflector.

Assuming the guard is not used in a crash, the company expects it to be virtually maintenance-free and last 12 to 15 years. Since the May test, he said five of the top eight trailer makers have contacted his company for more information. Based on my research, the interest reported by Martineau may not indicate widespread support for the device.

Jeff Sims, president of the Truck Trailer Manufacturers Association, said trailer manufacturers want to know about new products when introduced so they can respond to a questions by fleets.

“So far,” he said, “we have seen a couple of crash test videos, but we have not received any specific data on the weight or cost of the side guards that were tested. Until they are actually made available for sale, they cannot be evaluated for design compatibility, installation costs or durability.”

Stuart said that one of his friends who was riding a motorcycle was severely injured in an underride accident involving a trailer. Stuart’s friend believes he would have been killed if the trailer had a side underride guard because it would have prevented him from sliding clear of the vehicle.

Side underride guards will complicate maintenance, particularly in urban settings, Stuart said, “where they tear that stuff off all the time. Most — 99% — of maintenance would be damage-related.”

Craig Bennett, senior vice president of sales and marketing for Utility Trailer Manufacturing Co., said the company has not had “one single request” for a trailer side guard. “So the market does not want it, probably because they are smart enough to figure out that this will be very, very heavy and costly,” Bennett added.

Absent a government mandate for side underride, Sims said, carriers that want to add the guard and not incur the weight penalty will have to consider the additional cost of changing trailer specifications to include lighter materials they have up to this point determined are not cost-justified for their operations.

Fleets hauling freight that typically scales out would be affected most by a mandate for side guards, Sims said. More trucks and trailers would be needed to move the same amount of freight. In addition, highway accidents of all types would increase.

“Although TTMA believes these numbers are low, in the recent greenhouse gas rulemaking for trailers, EPA and NHTSA determined that adding 250 pounds of side skirt material to trailers would cause three additional deaths a year as a result of requiring the use of more trucks to transport displaced cargo,” Sims said. “Adding 800 pounds of side guard material would produce another nine deaths annually.”

At Wabash National Corp., CEO Dick Giromini’s comments illustrated how crash testing a rear underride guard helped the company redesign the guard and portions of the trailer. The results were improved guard performance and a 100-pound weight reduction.

Martineau believes the AngelWing will reduce highway injuries and deaths by preventing vehicle underride. He cites many phone calls he received after news of the IIHS test that fleets want to learn more about the product. Fleet testers as a group, Martineau said, said the guards “look great,” and “they are solid, and no doubt that this will stop a car even at speeds greater than 35 mph,” and “they are heavy.” His company is now shipping product to fleets for field tests. He projected selling 200 to 300 AngelWing guards by mid-2018.

As IIHS prepares for a second test of the AngelWing guard on Aug. 29, Brumbelow said the institute trusts the market eventually will resolve design and operational issues such as weight. The second test is planned to evaluate guard performance during underride crashes at angles other than 90 degrees.

Much remains to be seen as the debate continues. But two trailer companies — Wabash and Utility — have valid points about the industry’s approach to adopting safety.

Phil Romba has covered trucks and maintenance as a full-time journalist and worked as a public relations manager for Volvo Trucks North America during his 20-year-plus career.