You can’t work in the trucking industry for long without realizing the interconnectedness of the trucking world — goods with communities, roads with ports, airports and railways, regulations across international and provincial borders and municipal boundaries, you name it. Another connection may not be immediately apparent: Canada’s National Trucking Week and “Jake” brakes. 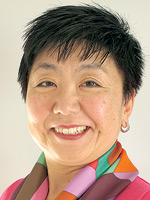 National Trucking Week celebrates the efficient and largely unobtrusive work men and women in the industry undertake daily to provide us all with essentials year-round. Few businesses or communities would survive without them. Jake brakes, a nickname for engine brakes, are used on heavy trucks to slow the vehicle down using engine compression. Engine brakes also are extremely efficient but may not be so unobtrusive, especially when not properly muffled.

The connection between the two isn’t about noise — festivals and fireworks and loud bangs from brakes. It’s about safety.

Engine brakes work by switching the engine from producing power to absorbing power through air compression and release via the truck’s exhaust system. The sudden release of pressure is the source of the loud, characteristic “rat-a-tat” sound when the brake is in use. Commercial vehicles also have wheel service brakes, but engine brakes are purpose-built to control the speed of a heavy vehicle on downhill grades, whereas service brakes are more useful for sudden emergency stops. Using engine brakes keeps the service brakes in reserve and in good shape for when they are needed.

To ensure safe operation on highways with long, steep grades, truck drivers are required to check their brakes before proceeding downhill and also will shift gears to slow down their progress. Modern engine brakes are an important safety feature on commercial trucks, which can easily weigh from 40,700 kilograms (about 45 tons) and up when loaded, and some engine brakes even are capable of absorbing more power than the truck engine can produce. Few of us would benefit if truck drivers couldn’t use them. In fact, the inventor of the original Jacobs Engine Brake (the source of the generic nickname), developed the technology after firsthand experience with an Indiana truck on a 35-mile downhill section of the original U.S. Route 66 in California, with wheel brakes that wouldn’t hold, and then — on the same day in 1931, with the same truck and driver — a near-collision with a freight train. He wasn’t even dealing with the sleek, aerodynamic profile of modern-day trucks.

The problem with engine brakes for the public can be the annoyance factor. Noisier versions are the reason why many communities have noise bylaws prohibiting the use (or “unnecessary use”) of engine brakes within residential areas. City driving rarely requires the use of brakes designed for steep downhill grades.

Not all engine brakes are that noisy, however, especially on newer trucks (or trucks with new or higher-end mufflers installed) and on trucks that are properly maintained. For example, the level of noise for a heavy truck with a better quality muffler is 80 to 83 decibels from 15 meters away, similar to a telephone dial tone. A really loud exhaust system is potentially a cause for an inspection because the muffler could be defective or has been tampered with. The noise level for a truck without a muffler rises to 96 to 101 decibels, similar to a chainsaw. At this level, it makes sense to focus on individual trucks with problems rather than prohibiting the use of brakes.

Which brings me back to National Trucking Week. Canada celebrates the trucking industry this year on Sept. 4-10. Take a moment this week to think about all the trucks and their drivers traveling highways in British Columbia and beyond, leaving on time, arriving on time, transporting groceries and all manner of goods safely to stores and distribution centers and, in the bigger picture, many of the resources that British Columbia and Canada trade with the rest of the world.

The vast majority of truck drivers do this safely and responsibly, including using their engine brakes for what they were designed to do.

BCTA, a member-based, nonprofit, nonpartisan advocacy organization, is the recognized voice of the provincial motor carrier industry, representing more than 1,200 truck and motor coach fleets and more than 250 suppliers to the industry. BCTA members operate more than 13,000 vehicles, employ 26,000 people and generate more than $2 billion in revenue annually in the province.