Opinion: The FOMO Effect on Blockchain

Executives from trucking and logistics companies often call me and ask, “Don’t I need to get a blockchain built right away?”

They’re worried. They’re afraid that if they don’t “get some blockchain” quickly, their companies will miss out on a critical new advance in technology and be at a competitive disadvantage.

They’re wrong. Their fear is based completely on misunderstanding — a classic case of FOMO, or fear of missing out. 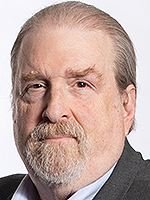 The FOMO effect on blockchain has exploded in trucking due, in part, to confusion about another hot-button technology, the cryptocurrency bitcoin. This confusion is understandable, because bitcoin built the first successful use of blockchain.

But bitcoin and blockchain are not the same.

In particular, some disingenuous marketers are doing exactly that — promising companies that their businesses could be productive on blockchain in as few as 30 days. Be warned: When someone is pushing you to join their blockchain immediately, watch your wallet — and your data. Data is becoming the new digital currency, and online companies have proven they don’t want your money — they want your data. Blockchain is ripe for hidden architectures that would capture all of your data.

However, there are many good use cases in which blockchain would help a business process create real business value. Walmart just released its leafy green blockchain initiative, a good deployment of the provenance use case to track perishable goods to market. This would also be useful for cold chain custody applications.

However, do not be misled when blockchain is promoted in a situation where it is not really needed.

Historically, technology-driven applications require investments of time, money and resources, with little, if anything, gained in return.

True business value is only created by technology when it is produced by a solid business-driven use case. Build a blockchain because it provides a solution to a business problem that you or your supply chain partners face.

As someone once said, “Building a blockchain right now is like taking the space shuttle to do grocery shopping.”

Blockchain is not a mature technology in our industry. We don’t have the infrastructure needed to realize the full potential it offers the supply chain. However, the day is coming when we will all use blockchain to further streamline many of our key business processes.

So what can you do right now? Educate yourself. Determine how your business can gain from the use of a blockchain. Collaborate and develop proofs of concepts. Create business-driven use cases that focus on the attributes that blockchain brings to the table, such as immutable distributed general ledger, provenance and smart contracts.

In addition, various blockchain platforms (e.g. Hyperledger, Etherium, Microsoft Coco) have “starter sandboxes” that allow you to quickly create a prototype or proprietary blockchain. We should be doing this as part of our learning curve.

But these will not be ready for prime time until at least three things happen:

1.) Standards are issued for data, financial payments and interoperability;

2.) Several large shippers are ready to move forward with supply blockchains; and,

3.) Some of the current inherent issues in early blockchain, such as performance, scalability, smart contract reliability and ledger corrections, are addressed.

This is at least a two- to five-year process, with some estimates running as high as 10 years to reach full maturity.

To help the transportation sector through this process, in August 2017 the Blockchain in Transport Alliance (BiTA) was formed. To date there are nearly 500 members, and more than 2,800 applicants. This level of interest is a clear illustration of the buzz surrounding blockchain in transportation. And going forward, this interest level could have an unintended — and positive — benefit.

Currently, BiTA is developing a set of open standards for use of blockchain in the transportation industry. Once the standards are issued, these companies and, potentially, others would represent a body of supply chain partners ready to adopt and use them.

In the near-term, don’t let disingenuous marketing strategies exploit the FOMO effect and drive you to do something you don’t need to be doing yet. Instead, keep learning, developing use cases and collaborating. And don’t worry. You’re not missing out.

Ken Craig, vice president of special projects at McLeod Software, also is co-founder and a member of the board of directors of the Blockchain in Transport Alliance (BiTA).