Trucks are harder to find and more expensive than ever.

In late September, FTR and Truckstop.com reported load availability was up 110% over 2016. By mid-October, DAT reported the van load-to-truck ratio hit 7.0 loads per truck—the “highest ever recorded” in DAT Trendlines—a study that began in 2010.

Some of the largest truckload providers are preparing their contract customers for double-digit 2018 price increases. 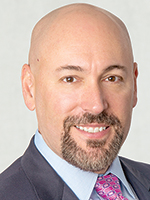 We saw a glimpse of things to come in 2014, and again in June 2017 when rates peaked, but no one could have been prepared for the market change in September.

Shippers that depend on fall sales are luring temperature-control capacity from other shippers by paying contract rates, plus $1,000 or more, depending on the lane. In this market, one moment you have a truck, and the next, it’s gone.

Options are limited: Freight expeditors, far more expensive than market prices, are often booked days in advance. Truckload carriers, large and small, dry and temp-control, are equally scarce. Sophisticated carriers are prioritizing which customers to serve, and which to abandon, based on their potential return on investment.

Shippers are angry and frustrated. At the many shipper groups I’ve addressed this fall, including the Council of Supply Chain Management Professionals, I’m asked the same questions, such as, “How much should I add to my 2018 freight budget?” I don’t know. Shippers also ask, “Is this 2014 all over again?” meaning, is this storm-related noise that will pass? I don’t know, but I doubt it.

For those of us with tenure in this crazy business, market conditions are reminiscent of the crisis that began in the third quarter of 2003, and didn’t let up until 2005. At the time, the United States had recently emerged from recession, and trucking was lackluster, with volumes up one quarter and down the next.

But then-President George W. Bush and Congress passed a stimulus package in that 2003 third quarter, which gave rise to an impressive 8.2% annualized GDP pace that quarter. That remarkable increase in spending, coinciding with peak third-quarter shipping, overwhelmed trucking. Shippers went from operating on autopilot to vigorously competing with each other for trucks, bidding up the price of trucking.

With capacity at crisis levels, FMCSA’s hours-of-service mandate took effect in January 2004, reducing drivers’ productivity by another 3% to 4% at the worst possible moment. Sound familiar? Truckload providers disappeared for some shippers, and freight flooded LTL carriers and intermodal. Train speeds slowed, forcing some intermodal back to truck. Capacity was impacted for about 16 months before the market normalized.

Trucking is much tighter than it was in 2003, when we were emerging from a recession. Today’s economic expansion is the third-longest in U.S. history. Add to that FTR Intel’s recent estimate that trucking is at 95% of capacity. That’s tight. The 2017 hurricanes and fires are impacting the market as much as, or worse, than the Bush 2003 tax credit. Plus, we’re in peak fourth-quarter shipping. And, don’t forget the FMCSA’s ELD mandate is about six weeks away!

Conservative estimates expect the ELD mandate to reduce trucking’s productivity by 3% to 7%. That’s equal to, or double, what we lost in a more forgiving 2004. Tucker has been warning our customers for two years about the mandate, but we didn’t foresee the disruption caused by the hurricanes months before ELDs. Shippers must be limber to keep their products moving. They also must be competitive with other shippers who are busy making their operations more attractive than yours to woo drivers and carriers.

I recommend shippers reexamine budgets throughout their organization, from procurement, to finance, to planning, to customer service, to production facilities, vendors and customers. And don’t forget about any distribution centers owned or leased. You’re not the only company doing this, and some wise organizations are ahead of the curve.

In addition, shippers’ ability to flex will be a key to beating the competition for capacity. Provide as much advance notice as possible, and keep your options open. Don’t dismiss availability if you’re lucky enough to have it.

Finally, don’t use your broker friends as safety nets. Incorporate a handful of your most reliable brokers into your program as a “shoulder-to-shoulder” peer to your core carriers. Handling excess demand will be easier for everyone.

The trucking market is as alive as the stock market. It’s far more predictable, but it moves up and down. And nobody—not the largest shippers, carriers, 3PLs combined—controls it. It does what it wants. If you’re able to budget accordingly, incorporate flexi- bility, and strengthen partnerships with your loyal carrier and broker friends, you’ll be able to weather this crisis, and beat your competitors to the trucks and to the shelves.

Jeff Tucker is the CEO of Tucker Company Worldwide, the oldest privately held freight brokerage in the United States based in Haddonfield, N.J. Tucker is immediate past chairman of the board for the Transportation Intermediaries Association. He also is a member of the NITL board, the largest shipper organization, where he chairs its Highway Transportation Committee.