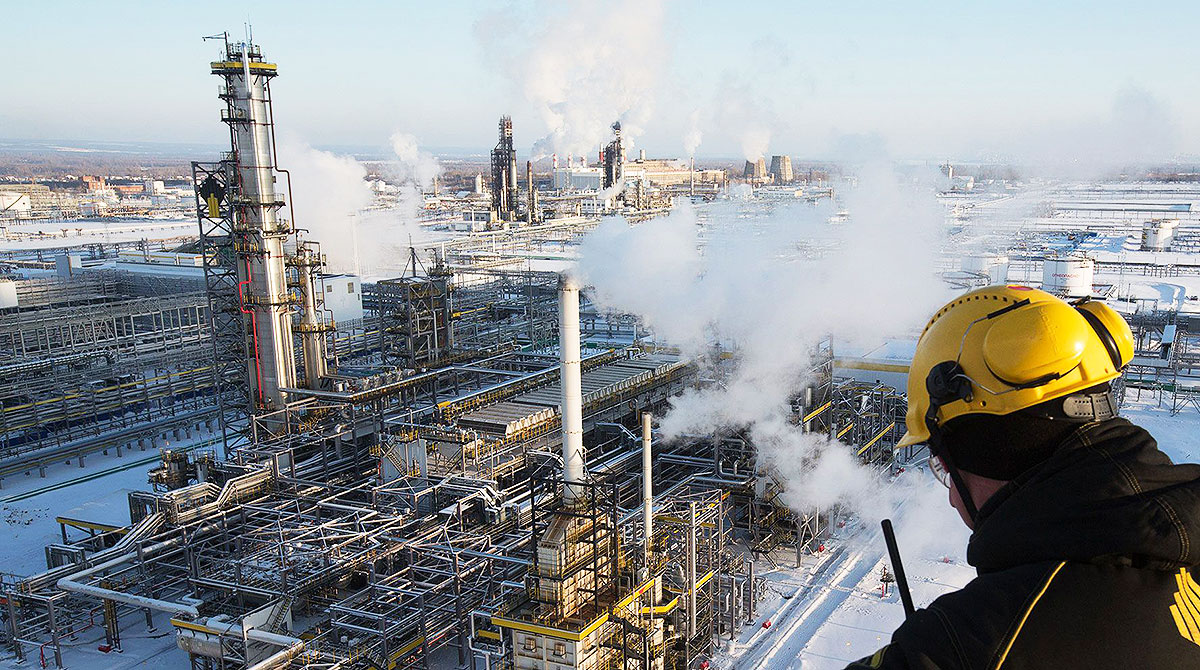 Saudi Arabia and Russia’s price war is handing over a multibillion-dollar profit opportunity to the world’s largest oil traders.

With Riyadh and Moscow outdoing each other by pumping more oil into an already flooded market, crude prices have flipped. A new price structure, called a contango, allows the traders to make easy money by buying crude cheap, storing it and selling it forward.

“Full contangos are back in,” said Olivier Jakob, founder of energy consultant Petromatrix GmbH and a former oil trader. “The industry and traders will load up all storage capacities on land or afloat.” 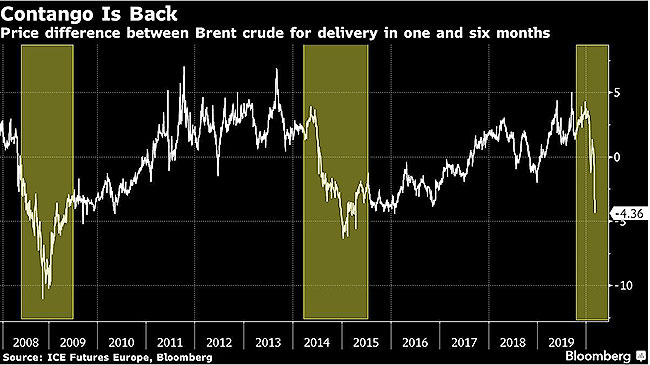 With the contango widening by the day as Saudi Arabia, Russia and the United Arab Emirates announce big production hikes, oil traders are rushing to profit. Vitol Group, the world’s largest independent oil trading house, already has booked tanks in South Korea to store crude, for example. And others are booking tankers to turn them into floating storage facilities, according to executives, traders, brokers and analysts.

The so-called prompt contango, measured by the difference between Brent crude for delivery in one and two months, widened March 11 above $1 a barrel to a four-year peak — an indication of mounting oversupply.

“Everyone is looking for tanks,” an executive at a major oil trading company said, asking not to be identified discussing commercial matters.

Oil traders said a significant chunk of the extra supply that Saudi Arabia has pledged for April will end up going directly into storage tanks for contango plays, rather than being refined. Two customers of Aramco that received extra crude allocations for next month from state-owned Saudi Aramco told Bloomberg News they intended to store the crude.

The oil market last saw a big contango — when near-term prices are at heavy discounts to later ones — in 2014-15, during another price war, and in 2008-09, in the midst of the global financial crisis. On both occasions, the world’s largest oil traders made a fortune exploiting it. Vitol made a record $2.3 billion in profits in 2009 by profiting from the contango, just as the wider energy industry weathered a crisis due to low oil prices.

Koch Supply and Trading, the petroleum trading outfit owned by billionaire Charles Koch, also made millions of dollars in profits from past contangos. Royal Dutch Shell, BP and Total SA, which have large trading operations that run alongside their better known oil fields, refineries and fuel stations, also benefited. BP, for example, said it made $350 million extra in trading profits in the first quarter of 2015, largely in what the company described as “high-return contango market structures.” 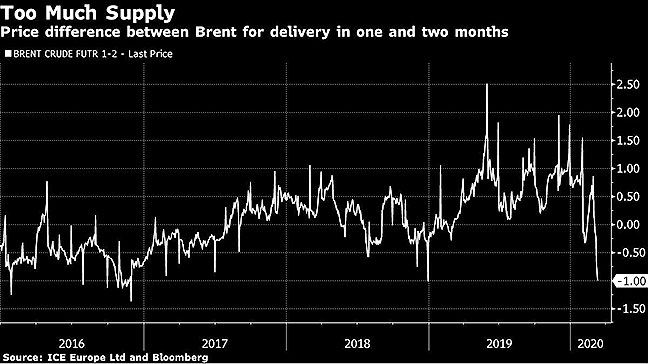 The trade is simple: Buy crude taking advantage of the discounts Saudi Arabia and other producers are offering, store the barrels inland or offshore in a tanker and lock in the profit by selling forward in the financial market. It just requires a wide enough price difference between spot contracts and forward ones. While Saudi Arabia doesn’t allow its crude to be directly traded, oil companies still can use the barrels in contango plays, using benchmark futures such as Brent to lock in forward prices.

With Saudi Arabia and Russia dumping crude in an already oversupplied market, spot prices are falling more rapidly than ones in later months. Oil demand is weak due to the mounting economic impact of the coronavirus outbreak, which has forced governments to quarantine entire regions, triggered the cancellation of flights around the world and caused people to drive less.

As such, the contango is rapidly widening to the point that storage is profitable, at least in some circumstances, executives said. The price difference between Brent for immediate delivery and a six-month forward contract has widened to a contango of $4.24 a barrel, rapidly approaching the $6.34 barrel peak set in 2015, but still below the record super-contango of $11.03 a barrel in 2008.

Once the contango is wide enough to justify the trade, the main obstacle is to find enough storage, and the cost of renting the tanks and financing the deal. Oil tanker rates shot up almost overnight after Saudi Arabia’s pricing announcement, diminishing the allure of hoarding at sea. Saudi Arabia’s shipping company also has been snapping up available tankers.

While storage costs are surging as everyone rushes into the same play, record low interest rates mean cost of finance is cheap. The one-year London interbank offered rate (Libor) fell this week to less than 0.75%, below the level it reached during the 2008-09 financial crisis.

The cost of money is important because at times companies can consume huge sums of money to finance the play. In 2016, for example, Shell was using $1 billion in finance for its contango trades.

The demand for storage is a boon for the world’s largest tanking companies, including Vopak NV, Kinder Morgan Inc., and Oiltanking GmbH. It also is good news for shipping companies that own supertankers such as Frontline Ltd. and Euronav SA.

“The oil curve has moved in to contango or carry, prompting oil traders and majors to request offers for storage,” said Robert Hvide Macleod, CEO of Frontline Management, which runs the fleet of one of the world’s largest tanker companies. “How much actually gets done, the next few days will show.”