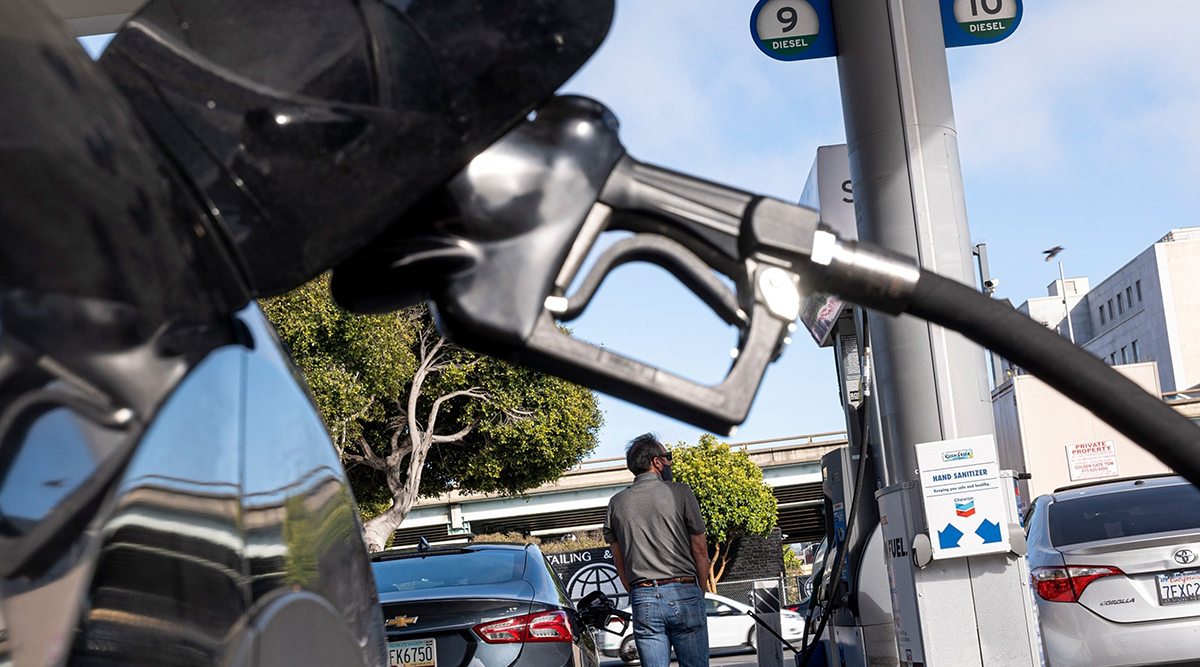 Oil rose to the highest price in more than 2 1/2 years as prospects of an imminent flood of crude exports from Iran and other major producers waned while the International Energy Agency warned of a deepening supply crunch.

Futures in New York advanced 1.6% to close at $75.25 a barrel on July 13, the highest settlement since October 2018. Crude supplies are set to “tighten significantly” amid a deadlock among members of the OPEC+ alliance, the IEA said in a report. Meanwhile, a stalemate over whether to revive the Iranian nuclear deal has reduced the threat of a deluge of the nation’s crude onto global markets. 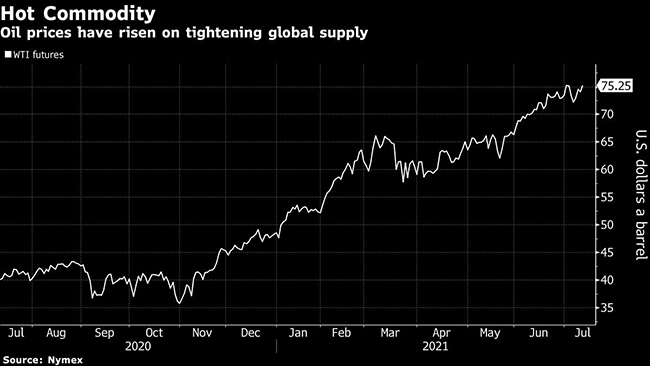 Oil prices have surged more than 50% this year as vaccination rollouts accelerated the reopening of economies, boosting fuel consumption. OPEC and allied crude producers have supported prices by taking a gradual approach to resurrecting shuttered supplies.

The oil consortium has been deadlocked on increasing production as the dispute between the United Arab Emirates and Saudi Arabia persists. Both countries have locked in stable crude output for next month.

“Even if OPEC decides to raise output in August, that crude will not reach refineries until after the August peak demand period will be over,” Ed Morse, head of commodities research at Citigroup Inc., said in an email.

Nuclear talks between world powers and Iran are unlikely to resume until after the Islamic Republic installs its new president next month, all but eliminating the chances of an early revival of the accord that could trigger a jump in Iranian oil exports.

West Texas Intermediate for August delivery gained $1.15 to settle at $75.25 on the New York Mercantile Exchange.

Brent for September settlement advanced $1.33 to end the session at $76.49 on the ICE Futures Europe exchange.

Still, the demand rebound is imperiled by the swift spread of the COVID-19 delta variant, which is forcing restrictions on work and mobility as it spreads through a largely unvaccinated Southeast Asia.