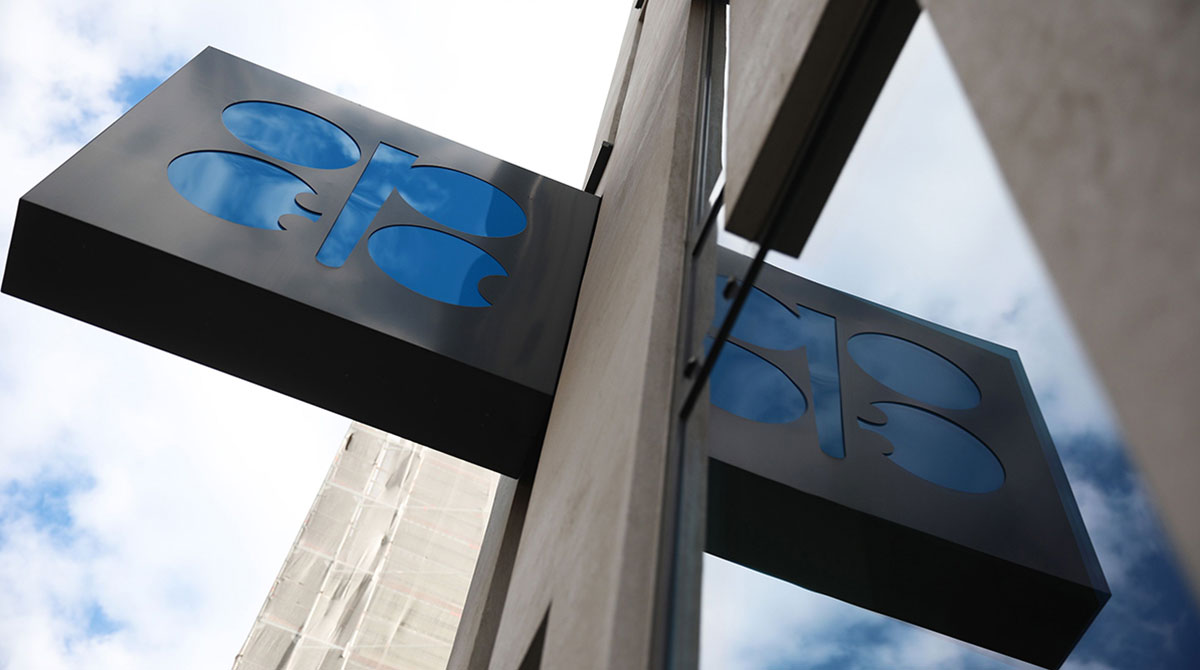 An OPEC sign hangs outside the OPEC Secretariat in Vienna. ( Akos Stiller/Bloomberg News)

FRANKFURT, Germany — Oil prices jumped Oct. 4 after OPEC and allied oil producing countries stayed with their gradual approach to restoring output slashed during the pandemic, agreeing to add only 400,000 barrels per day in November.

The decision Oct. 4 by the Vienna-based oil cartel tracks with its established schedule of adding back that amount of oil every month until deep cuts made in 2020 to support prices during the depth of the pandemic recession are restored next year.

The situation has changed since then as the global economy recovers. The decision comes amid stronger demand for oil products like gasoline and jet fuel, as driving and flying pick up around the globe due to the easing of restrictions aimed at containing the COVID-19 pandemic.

On top of that, unusually high prices for natural gas are pushing some electricity producers in Asia to switch from natural gas to oil-based products, helping support prices.

White House national security adviser Jake Sullivan raised concerns about rising oil prices when he met officials in Saudi Arabia earlier this week in talks that largely focused on the war in Yemen, according to a senior administration official who spoke on the condition of anonymity to discuss private conversations. Sullivan and other members of his delegation reiterated the importance of creating conditions to support the global economic recovery caused by the coronavirus pandemic, the official added.

Earlier this week, White House press secretary Jen Psaki said that White House officials have stayed in communication with OPEC about prices and were looking for tools to address the issue as Brent crude topped $80 per barrel last month, the highest price in nearly three years.

U.S. national average gasoline prices have been holding steady at around $3.20 per gallon in recent days, according to motoring club federation AAA, which foresaw stable short-term gas prices with supply and demand “largely in sync.” The average is 97 cents more than a year ago.