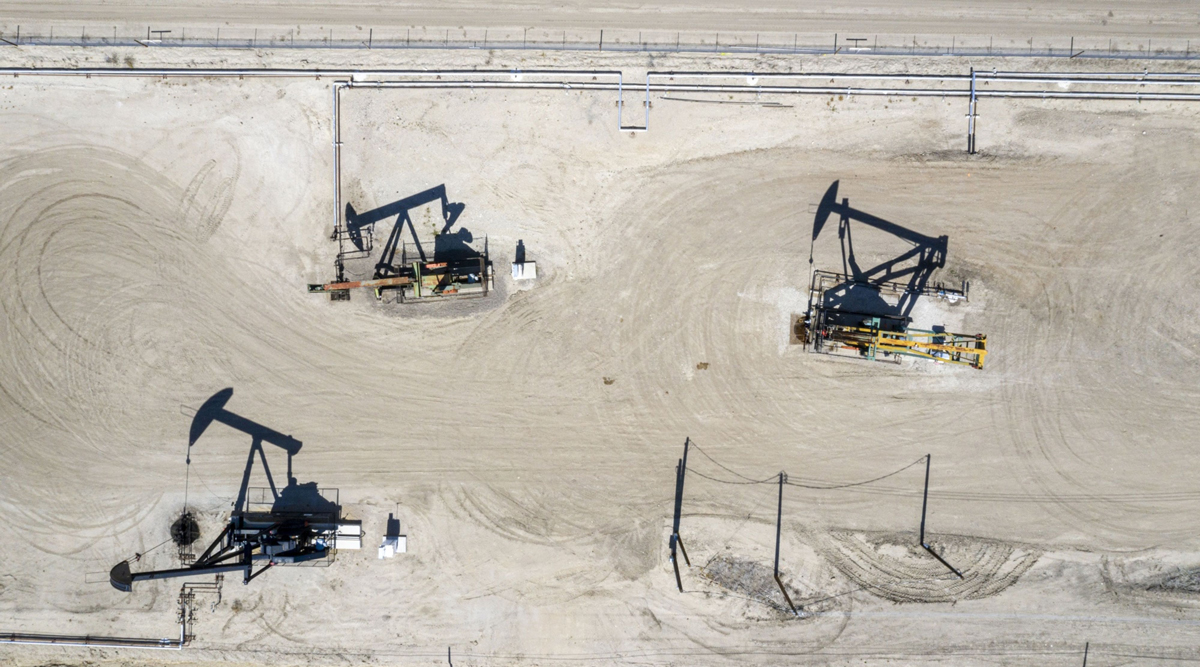 Oil headed for the longest stretch of weekly losses this year as central banks around the world stepped up the fight against inflation at the cost of economic growth.

West Texas Intermediate dropped below $80 a barrel on Sept. 23 for the first time since January and was on course for a fourth straight weekly decline. The Federal Reserve this week gave its clearest signal yet that it’s willing to tolerate a U.S. recession as the trade-off for regaining control of inflation, while the U.K., Norway and South Africa also raised rates.

“The fears of a hard landing for the U.S. economy and across the global economy are working its way into the system,” said John Kilduff, founding partner at Again Capital. Using interest rates like “a mallet to the global economy” may curtail economic activity and “that’s why you’re seeing the selloff.

It’s putting crude on track for its first quarterly loss in more than two years. Prices are also being pushed lower by a surging dollar — with the Bloomberg Dollar Spot Index rising to a record high on Sept. 23 — making commodities priced in the currency more expensive for investors. 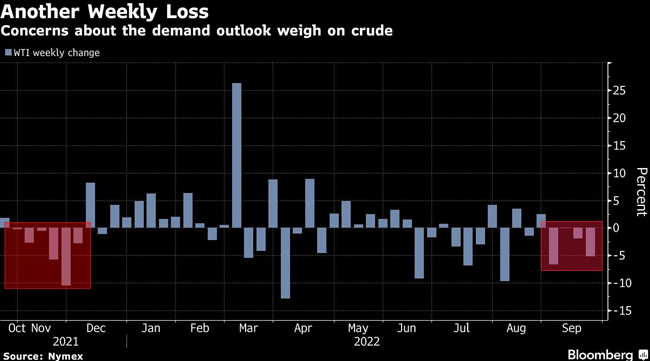 If crude declines further, the Organization of Petroleum Exporting Countries may be forced to cut output, said Nigeria’s Oil Minister Timipre Sylva. The group and its allies earlier this month agreed to the first supply reduction in more than a year.

There could be further turmoil ahead with a looming European Union ban on Russian oil. Separately, member states are also racing to clinch a political agreement within weeks that would impose a price cap on Russian oil. The push gained momentum after President Vladimir Putin on Sept. 21 announced a mobilization of troops, escalating the war in Ukraine.

The pullback in prices is evident across oil markets. Gasoline futures dipped more than 6%, despite retail prices increasing after 98 days of straight declines.

“Risk taking has fallen out of favor as markets around the world fell out of bed with heavy losses to start Friday’s trading,” analysts at wholesale-fuel distributor TACenergy wrote in a note to clients. “Refined product futures are seeing heavy selling ... despite signs from cash markets of supply tightness in numerous spots around the country.”

Some of the world’s biggest banks are, however, forecasting a rebound in prices because of low inventories, and sustained demand despite recession concerns. JPMorgan Chase & Co. forecasts Brent at $101 a barrel for the final quarter of 2022, while Goldman Sachs Group Inc. sees $125.

“This is going to be a very, very volatile last quarter,” Amrita Sen, chief oil analyst at Energy Aspects Ltd., said in a Bloomberg television interview. There are “just too many different and contradictory factors driving prices right now,” she added.