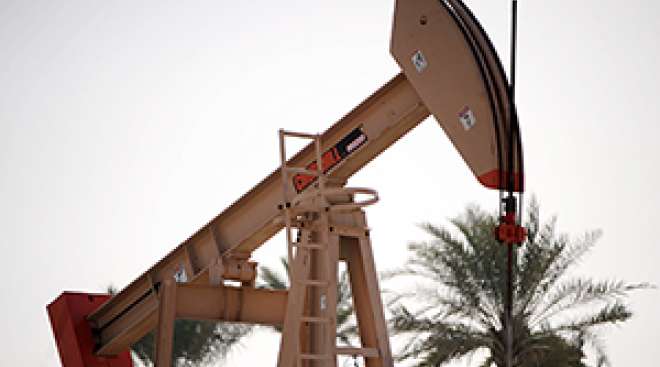 Oil prices dropped over 2% toward its 11-year low Jan. 5 as traders shrugged off growing tension between two of the world's biggest oil producers and focused on a stronger U.S. dollar and swelling U.S. crude inventories

Relations between Saudi Arabia and Iran collapsed in acrimony this week after the Kingdom's execution of a Shi'ite cleric set off a storm of protests in Tehran. On Jan. 5, Saudi state news agency reported that four armed men set on fire a bus transporting workers in the nation's oil-producing Eastern Province.

Instead of fanning fears of a disruption in supplies, however, some Organization of the Petroleum Exporting Countries delegates said the rift could exacerbate oversupply concerns by quashing already faint hope on a cut in output.

The oil market fell under additional pressure from a firmer U.S. dollar, which gained 0.5% to hit a one-month high as traders sought safer havens, and signs of a further swell in already record U.S. inventories.

Brent crude prices fell 80 cents to settle at $36.42 a barrel. Prices hit an 11-year low of $35.98 a barrel just before Christmas, capping a year where the benchmark's value dropped by more than a third.

The discount for U.S. WTI crude versus Brent widened by some 25 cents after a report that BP was planning work at a large crude unit at the 413,5000-bpd Whiting, Indiana, refinery, effectively backing more crude into the Cushing, Oklahoma, hub.

Prices pared losses by around 30 cents afterward, but slipped again.

With so much production globally and healthy inventories, rising geopolitical risks appear muted, according to Matt Smith, director of commodity research at ClipperData.

"These two elements are serving as not one, but two security blankets for the market, assuaging any potential supply fears."

A Reuters survey found that OPEC oil output fell in December. Yet, OPEC production was pumping close to record amounts, signaling few signs that producing members were choosing to reign in output that has pushed prices to 11-year lows.

Iran said it was prepared to moderate its output and exports, once sanctions are lifted, to avoid pressuring prices, a senior National Iranian Oil Co. official said.